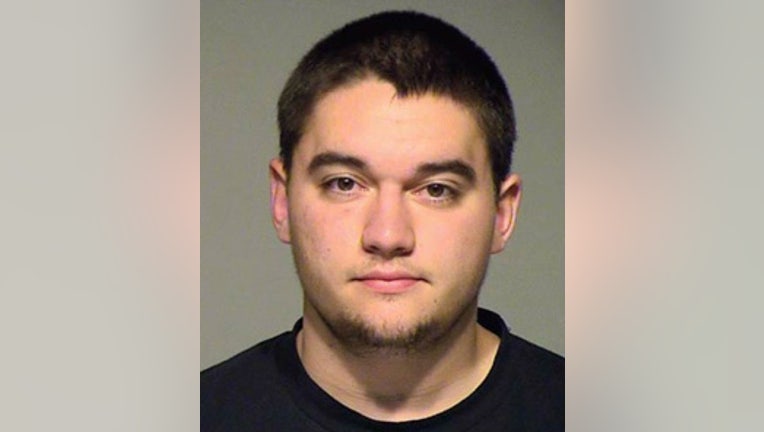 MILWAUKEE -- 21-year-old Joshua Klawikowski is now charged with second-degree recklessly endangering safety. This, after he allegedly drove the wrong way on I-43 for more than 15 miles.

Deputies were dispatched to check out a report of a wrong-way driver traveling southbound on I-43 in the northbound lanes from the Marquette Interchange at about 2:20 a.m. Saturday, November 10th.

A squad, with lights and siren activated, drove in the southbound lanes parallel to the vehicle and a deputy attempted to get the operator's attention by shining a spotlight into the vehicle. Klawikowski failed to acknowledge the squad, and as he neared Oakwood Road, he suddenly made a U-turn in traffic and headed northbound.

A deputy stopped Klawikowski just south of College Avenue. He was then taken to a Sheriff’s substation where he apparently tested .18 on an intoximeter — that’s more than double the legal limit for driving.

Klawikowski was also cited for OWI.

If convicted, Klawikowski faces up to ten years in prison and $25,000 in fines.