LORETTA, Wisconsin -- The Indy 500 is a Memorial Day weekend tradition -- but there is another great race that takes place right here in Wisconsin. It's a kind of racing you've probably never heard of.

In Wisconsin's Northwoods, time moves at its own pace, which is why in his bar in Loretta, Wisconsin, Reed Cain can become a little frazzled. 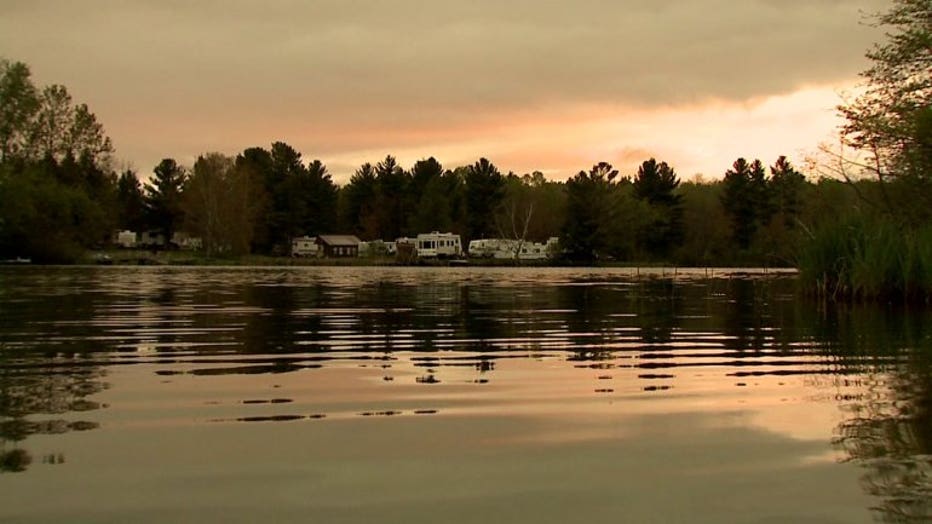 "Something I learned in the bar business -- it`s something new every day," Cain said.

In the woods of Loretta, there has been frenzy as well. There's been a hunt taking place over the past few weeks.

"They usually like to jump on white cloth. They`ll jump out and usually end up getting caught on the blanket," a hunter said.

"Pine trees! We should find some pine trees," a hunter said. 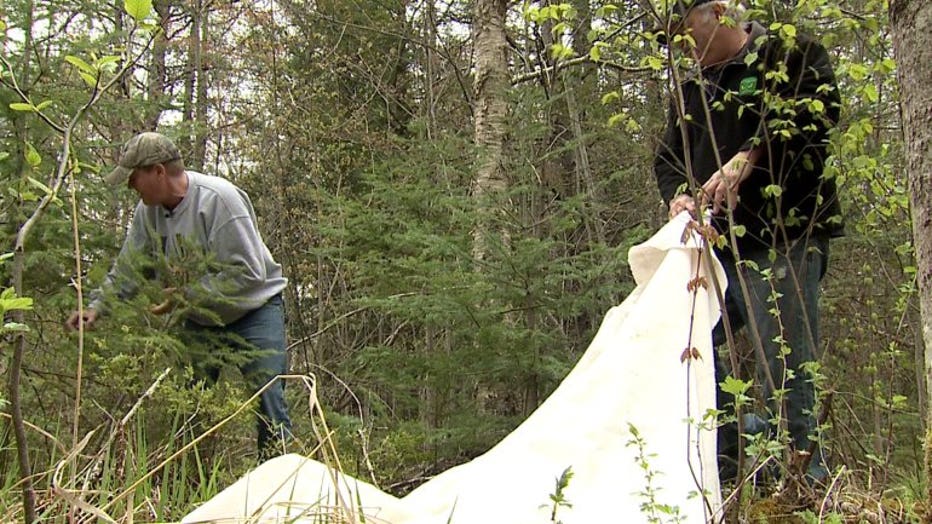 These hunters have been searching for something that just woke up from a long winter's slumber.

"I like to catch them a few days before and put them in training. I got a little training stable course," a hunter said. 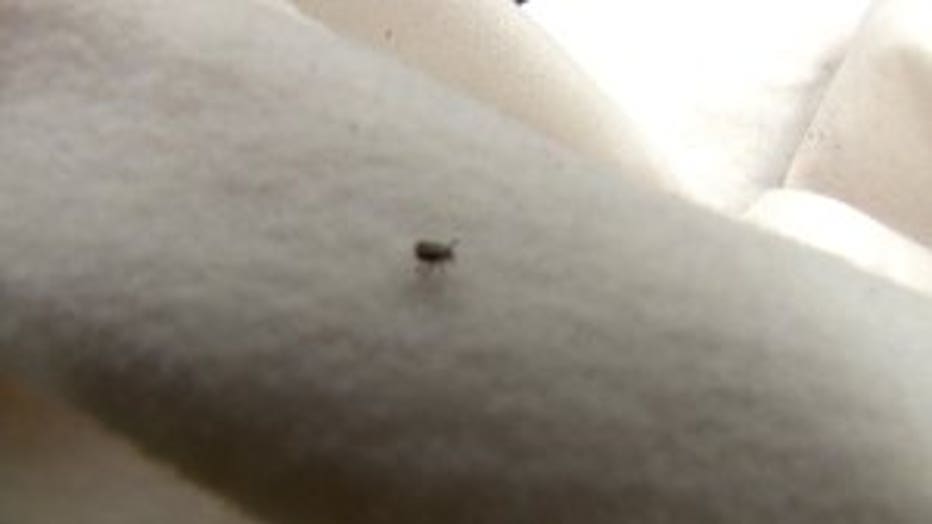 "Right here! We got one! Careful with him. You can`t break his legs," a hunter said.

You might not believe it, but there is a group in Loretta, Wisconsin that races wood ticks.

"I mean, it`s exciting. Where else can you race wood ticks except in Loretta, Wisconsin!" a wood tick hunter said. 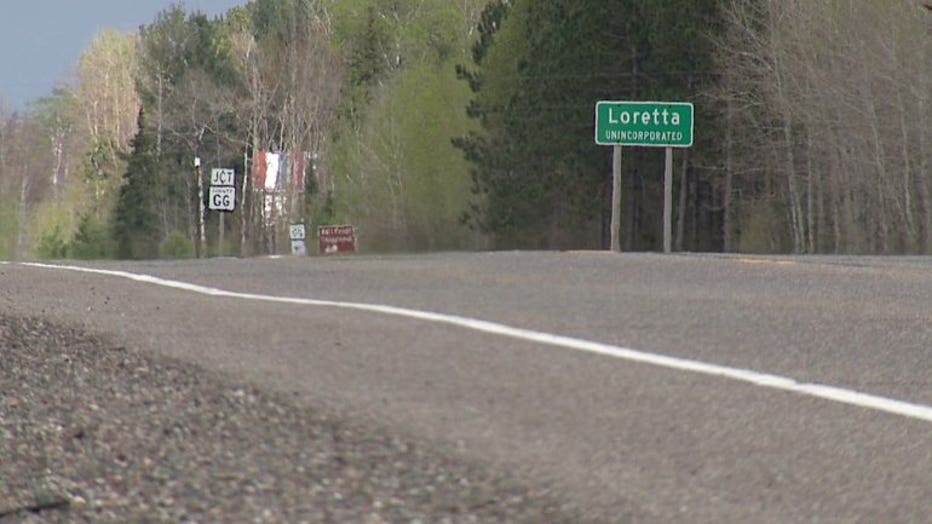 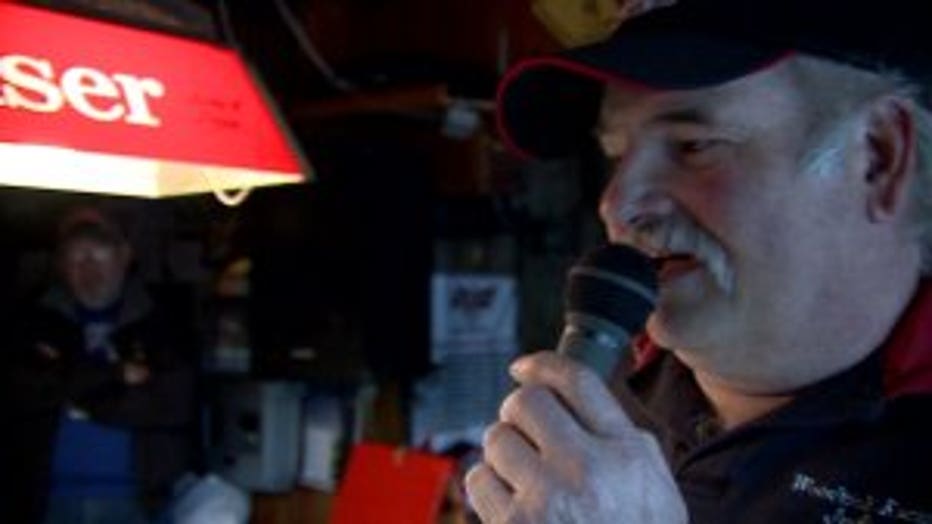 "Tick races started about 37 years ago with my father. He saw a wood tick crawling up his arm and wanted to figure out what he could do with it -- so they started racing them," Randy Kuhnert said.

The rules are simple.

You name your parasite and try not to lose him -- and then head to the starting circle.

Kuhnert, whose father came up with the idea, serves as the host and judge. 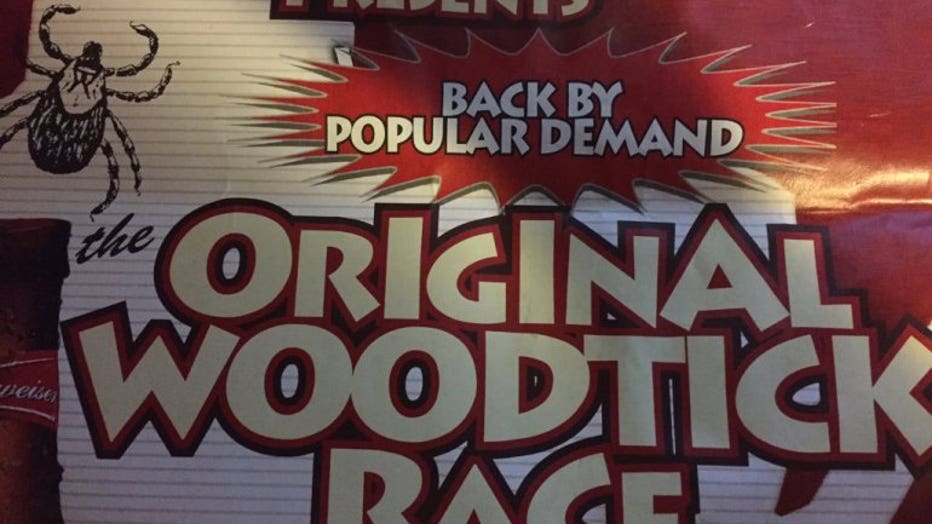 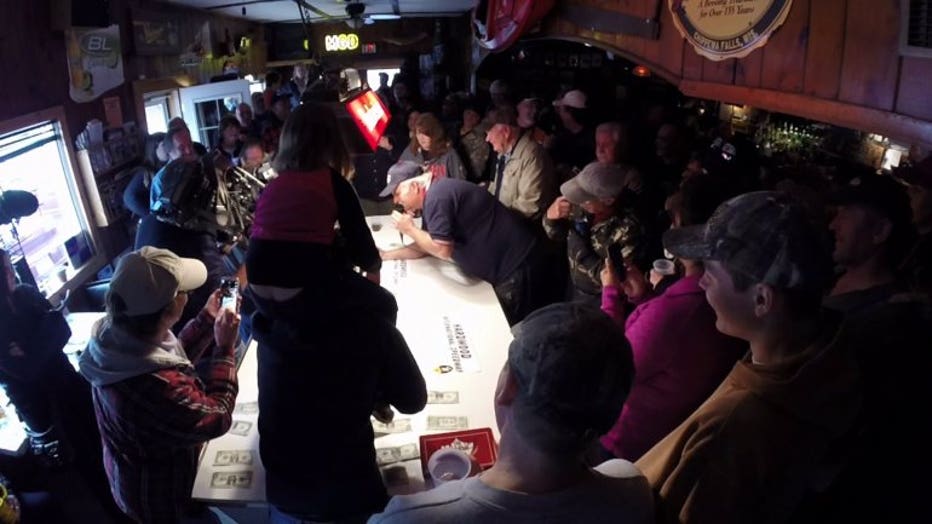 "Year's past, they brought in a pig. Because of my training I was able to tell it wasn`t a wood tick," Kuhnert said.

"This is like the Kentucky Derby. Except we`re using wood ticks. The first tick out wins. Then he goes on to the next round," Kuhnert said.

Some racers find their ticks, and other times, it's the other way around. 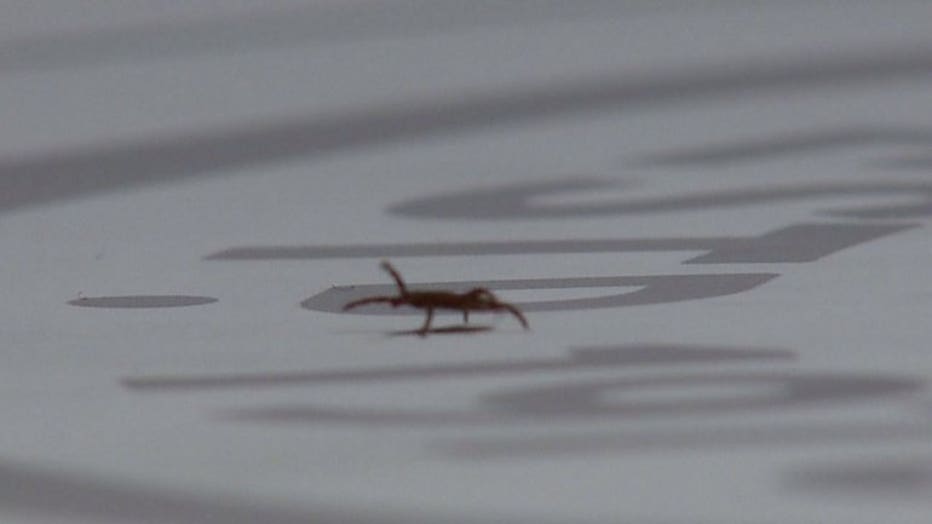 "It jumped on my leg walking around my pond!" a wood tick racer said.

After each round, there are the sweet sounds of victory -- and for the loser, the agony of defeat may be an understatement. 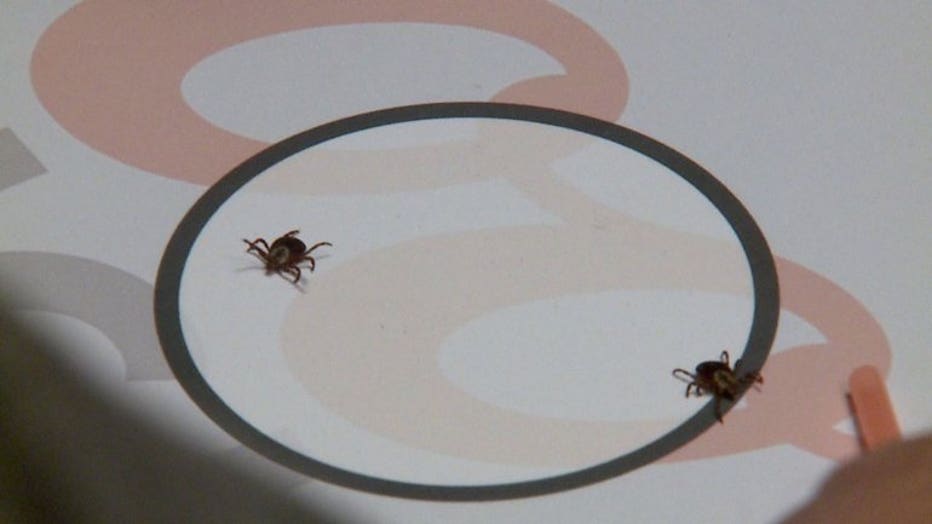 Wood tick racing's most unique rule is that there is no consolation bracket.

"We want just the fast, hybrid ones. So we got get rid of the ones that aren`t quite so fast so by eating them and smashing them. We`re just helping the wood tick population stay fast," Kuhnert said.

"Devastated. I don`t know what to say. I trained that tick for years. Maybe it was just the steroids," Steve Mueller, wood tick racer said. 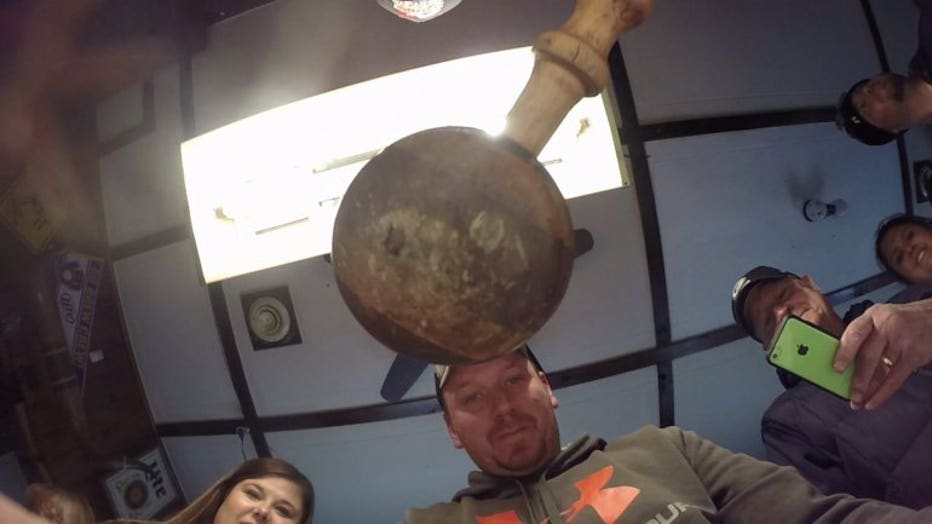 The original host bar closed -- but North Country's Hardwood Cafe has brought it back! 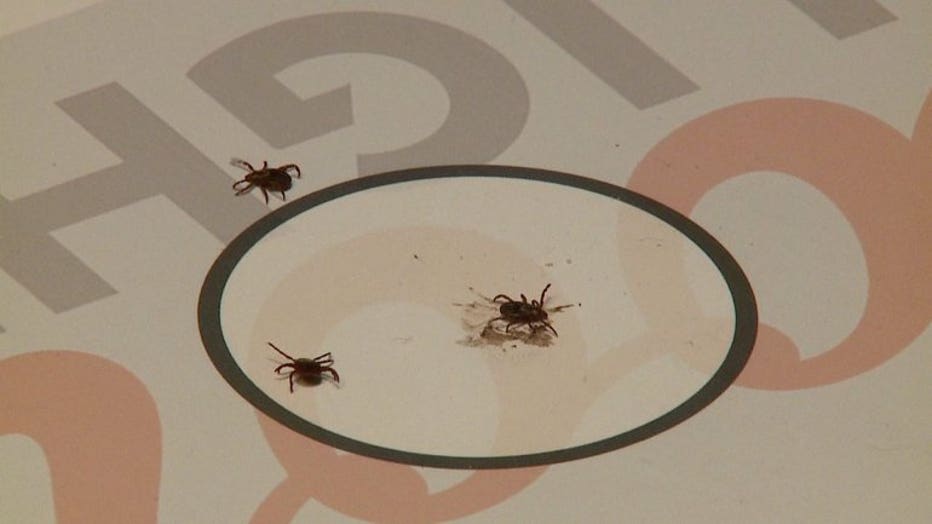 "Three racers at one time. We`ve never had this before," a wood tick racer said.

This year's winner was Howard the tick!

And bragging rights that can be found nowhere else. 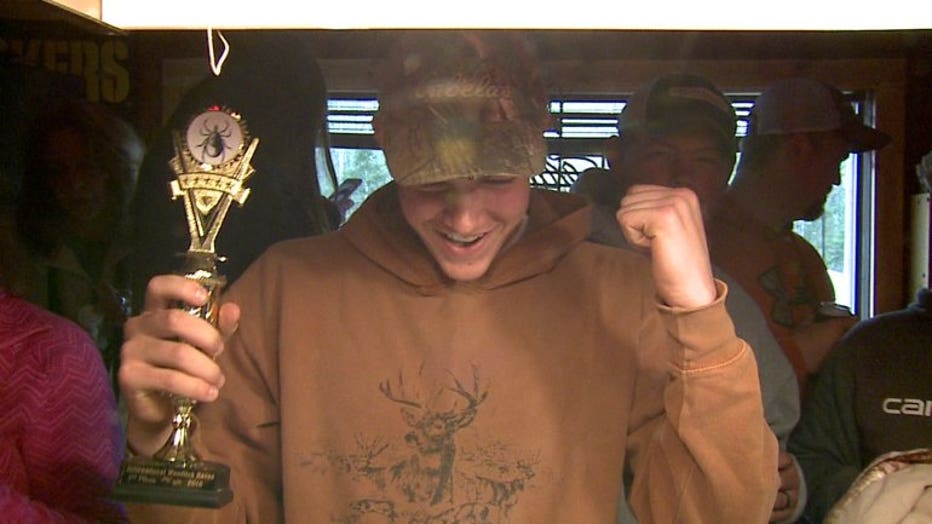 FOX6 traveled nine hours round trip for this story, and we were shocked by how many people in Loretta either had roots in southeastern Wisconsin or were from here.

Those in Loretta said everyone is invited for next year's wood tick racing extravaganza. The date hasn't yet been set, but it's usually the second or third weekend in May.