According to the BCSO, on May 23, four Nicolet National Bank branches in Suamico, Howard, Bellevue and Green Bay were targeted by the woman -- with a total estimated loss in excess of $13,000. It was determined that the issuer and the payee of some of the fraudulent checks were both victims of car break-ins while their vehicles were parked at a health club in Kaukauna. Another issuer of other fraudulent checks was identified to be a victim of a car break-in that took place in Mequon. 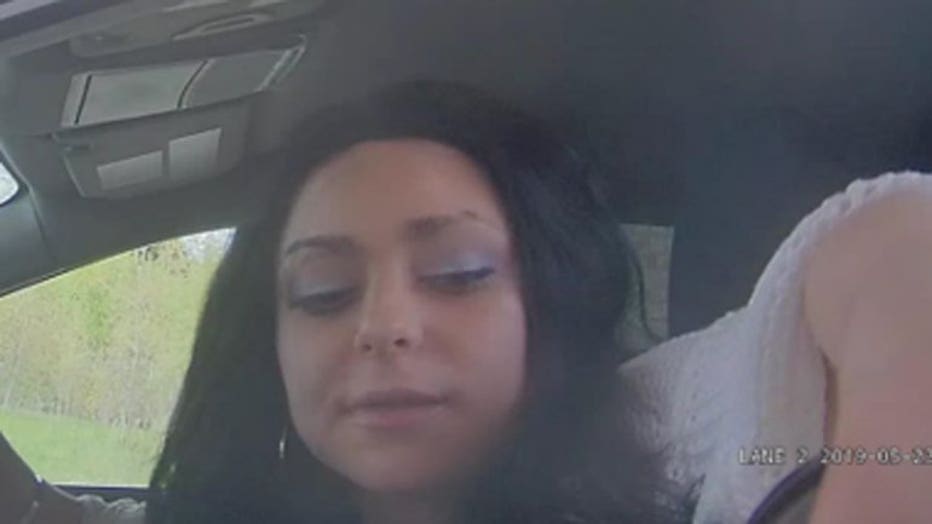 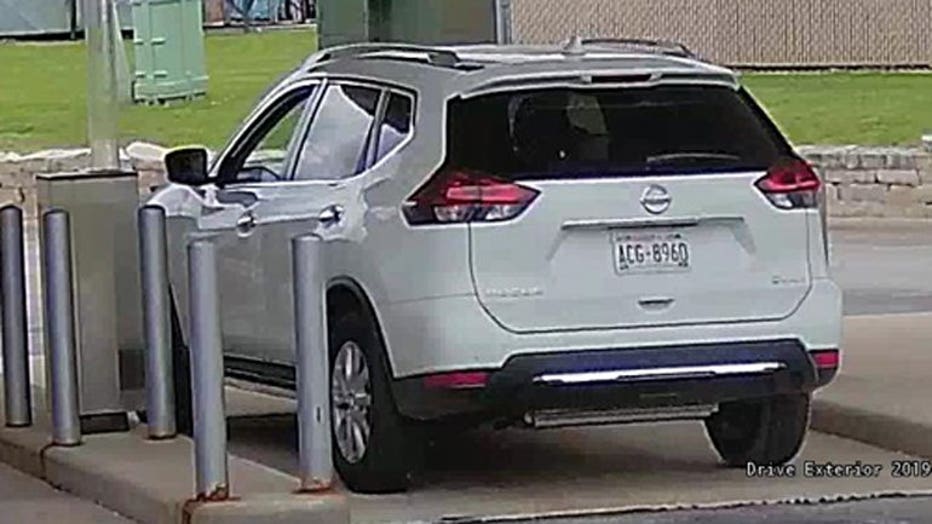 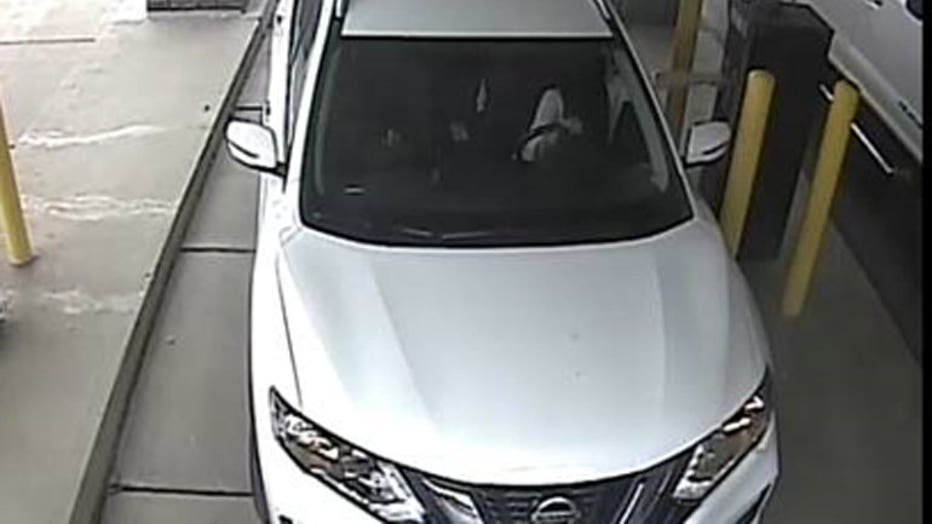 Additional vehicles were broken into at the health club in Kaukuana and preliminary information suggested numerous instances of fraud and victims throughout the state of Wisconsin, possibly including Appleton, Grand Chute, Janesville and Fond du Lac, sheriff's officials said.

Janesville police said in a Wisconsin Department of Justice alert issued May 8 the "Felony Lane Gang" might have been operating be in the Greater Milwaukee/Racine area.

According to Janesville police, the "Felony Lane Gang" was in Janesville on May 2, where a window on a woman's vehicle was smashed and her purse was stolen outside an athletic club.

Police said the suspects ended up in Delavan, where they attempted to cash a check in a drive-thru. According to police, an alert bank teller delayed the transaction, and the "Felony Lane Gang" members drove away. The victim's ID was confiscated at the credit union.

The alert said new information suggested the same individuals were in the Brookfield area on May 7, cashing stolen checks. They were in a dark Nissan Altima with stolen Wisconsin license plates: ACY8467.

Police said other law enforcement sources indicated the group was in Madison around the date of the Janesville incident, and were believed to be in the Greater Milwaukee/Racine area. They noted similar activity was reported in the Fox Valley.

Below is an FBI flyer regarding the "Felony Lane Gang:" 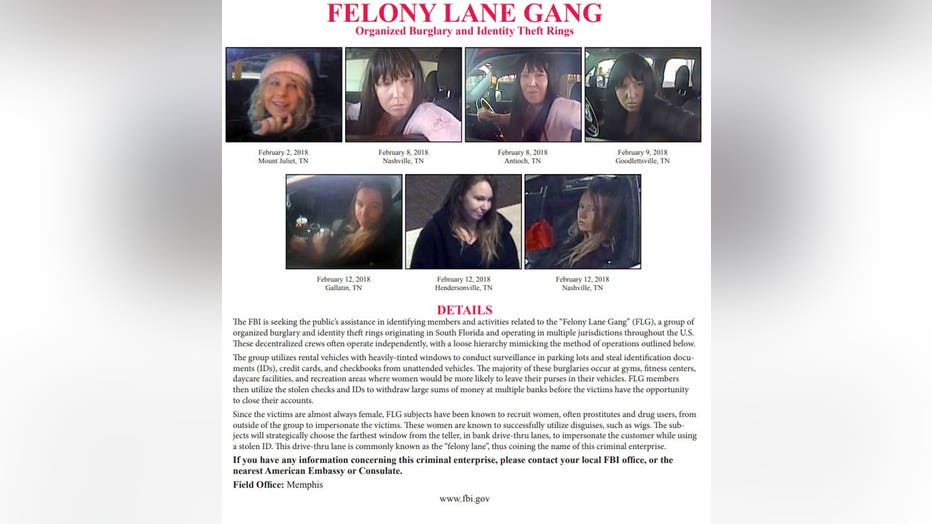