A team of surgeons, physicians, and medical staff was able to remove one of the largest known ovarian tumors in a five hour surgery, according to WTIC.

The woman was able to go home after two weeks in the hospital and is expected to make a full recovery. Hospital officials said she has returned to a healthy weight. 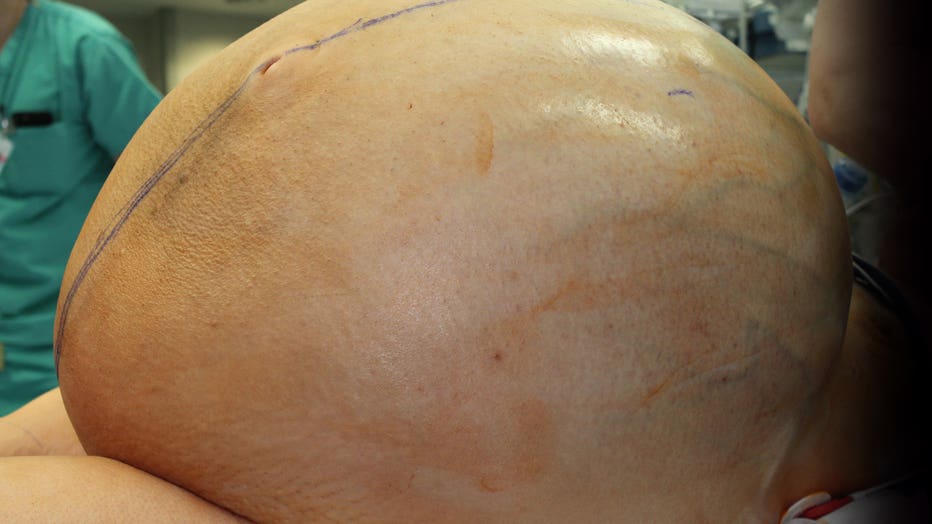 Doctors discovered the 132-pound benign mucinous ovarian tumor in the 38-year-old woman after she experienced a rapid weight gain of about 10 pounds a week over two months.

The removal was done in a single surgery.

“I might expect to see a 25-pound ovarian tumor, but a 132-pound tumor is very rare. When I met the patient, she was extremely malnourished because the tumor was sitting on her digestive tract, and she used a wheelchair because of the tumor’s weight. I wanted to help her, and I knew that we could at Danbury Hospital,” said Dr. Vaagn Andikyan, MD.

Andikyan and two dozen others performed the operation, which took two weeks to plan.

The team removed the tumor and reconstructed the abdomen at the same time to reduce the number of surgeries for the patient and improve her outcome. Doctors were also able to leave the woman's other ovary.