COLUMBIA COUNTY -- A woman involved in a domestic violence incident was able to escape a vehicle her boyfriend was driving -- and take refuge in a church. This, as Columbia County Sheriff's officials say the suspect then led law enforcement officials on a pursuit, and shots were fired.

It happened on Wednesday, July 1st.

Columbia County Sheriff's officials received a 911 call, and learned the woman was involved in a domestic violence incident, and her boyfriend was threatening to kill her. She had just escaped from a vehicle her boyfriend was driving, and had sought shelter at a church east of the Village of Rio.

A deputy responding to the church observed the suspect vehicle headed west on State Highway 16.

The suspect vehicle traveled on back roads until law enforcement officials initiated a traffic stop on the suspect's vehicle on County Highway SS, just north of the Village of Rio.

The vehicle turned west onto County Highway G, and then south onto Hill Road -- just east of the Village of Wyocena.

A short time later, the suspect began to shoot at deputies and a patrol car was hit by two bullets. 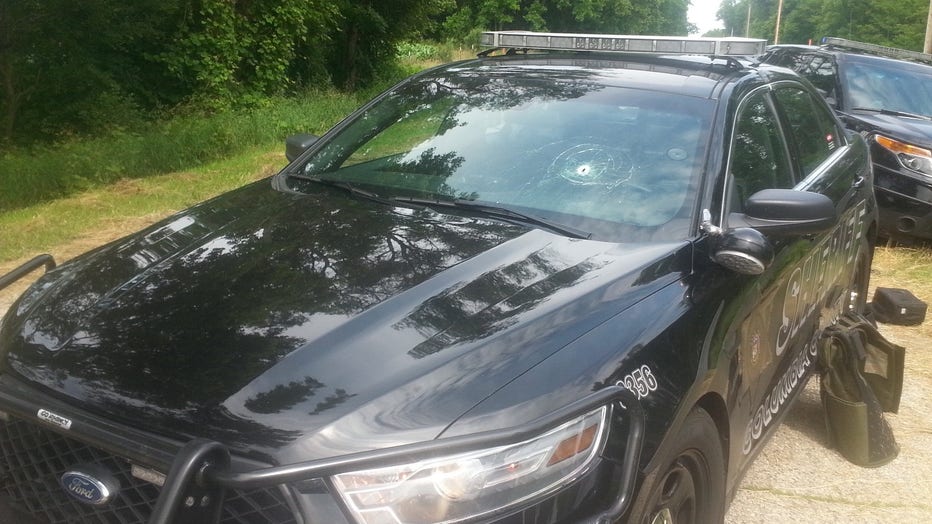 The suspect vehicle then turned east onto Waters Road as officials say the suspect was pointing a firearm at deputies that were still in pursuit.

A deputy returned gunfire at the vehicle without striking the suspect or the vehicle.

The suspect vehicle continued east on Waters Road and then north on Schleisman Road, where the suspect fired at deputies again.

Then, the vehicle slowed to a minimum speed and eventually came to a complete stop.