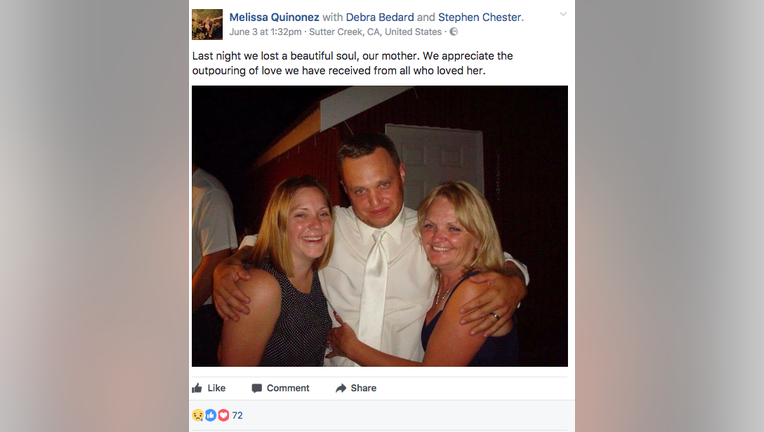 WALLACE, Calif. – A California woman died after apparently falling off a moving golf cart and landing on two wine glasses she had been holding, the San Jose Mercury News reported.

The incident occurred about 11:15 p.m. June 2 in a private olive orchard owned by the victim and her boyfriend in Wallace, a small community about 40 miles southeast of Sacramento.

A preliminary investigation suggested that her long-term boyfriend, 57-year-old Richard Clark, was driving the vehicle “while intoxicated,” and made a left turn, the Mercury News reported, citing the California Highway Patrol. He was later arrested on suspicion of DUI.

The victim, Debra Bedard, 58, was unable to keep her balance and tumbled out of the golf cart. She landed on the shards of two wine glasses that broke when she fell, according to the CHP. She was pronounced dead at the scene.

Although Clark was arrested on suspicion of misdemeanor driving under the influence, CHP officer and spokeswoman Rebecca Myers told the Sacramento Bee that a preliminary investigation showed he didn't cause the accident.

“A coroner’s report will determine if she was under the influence. But holding two glasses of wine and then he makes a turn, causes her to lose her balance and she falls out, landing on the glasses,” Myers said.

Bedard and Clark had been in a relationship for 17 years, her son told the newspaper.

“I would never want anyone to think of Richard as an irresponsible man,” the victim's son Steve Bedard told the Mercury News.

On a public memorial site, Bedard was described by her daughter as being a "tiny firecracker" and "full of energy."