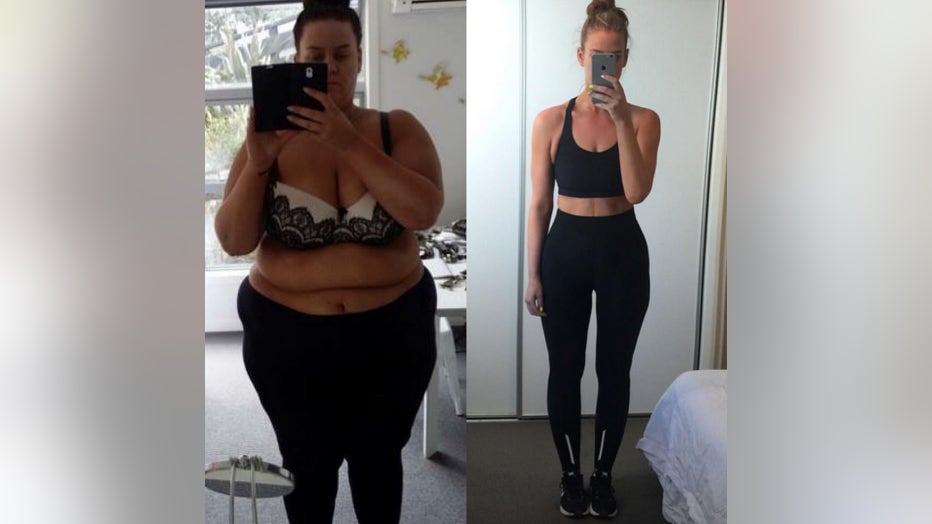 A New Zealand-based makeup stylist who shared photos of her dramatic weight loss on social media is getting worldwide attention after she posted an "after" photo showing her excess skin to silence the "haters."

Simone Pretscherer Anderson said she went from 372 pounds to 184 pounds in 11 months. She shared a before and after photo with the caption:

"I am officially half the person I was 11 months ago!...I can't even begin to explain in words what this accomplishment feels like. I set my self a goal that seamed so far out of reach at the time but I have stuck to it and with a lot of determination, will power, drive, motivation & compromise I have achieved my goal. Proud doesn't even begin to describe this feeling!"

After sharing the photo and details of her weight loss program, she received dozens of comments from people accusing her of faking the photos.

Many people claimed they did not think the photos were real because she would have excess, loose skin. 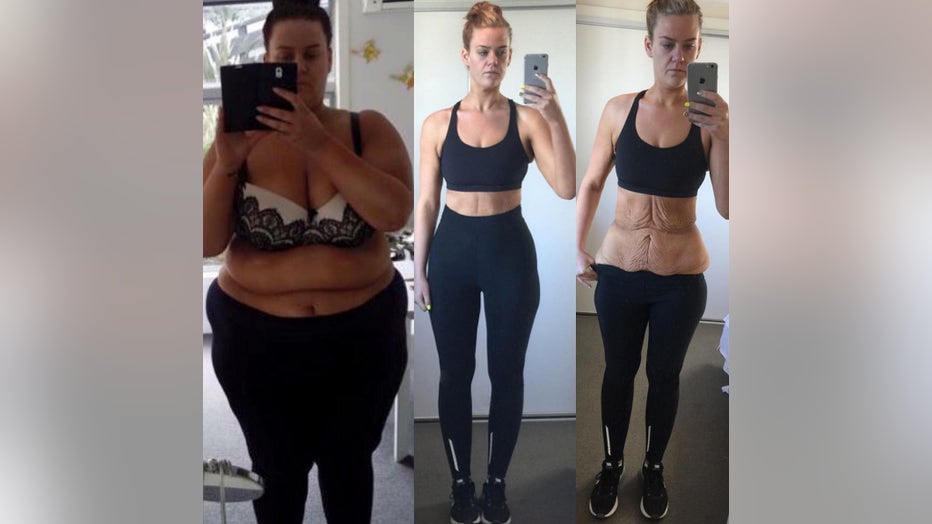 After reading dozens of comments, Anderson posted another photo showing her excess skin. She wrote:

"I don't know why but every single comment that called me out for being fake and a liar really bothered me far more than it should. I think it's because it took hours of crying and debating whether to share my story online and for others to see, posting the first picture online along with my weight for the world to see what the hardest thing I have ever done... So here we go I hope this helps all the "non believers..."

Several people mentioned that her hair color was different in the "before" photo and others mentioned her tan. Anderson decided she would face the haters head on and remind them a lot can change over 11 months.

Anderson said she is currently saving money for surgery to remove the excess skin. She said she will continue to share her weight loss journey on Facebook and Instagram.