It's not so much the product the Waukesha County woman creates, but the message on it that could save lives.

SUSSEX, Wis. - A local woman is using her platform as a business owner to raise awareness about an issue that isn't always talked about, but is happening in our own backyard: human trafficking.

It's not so much the product the Waukesha County woman creates, but the message on it that could save lives. Even more important is where they're being placed. 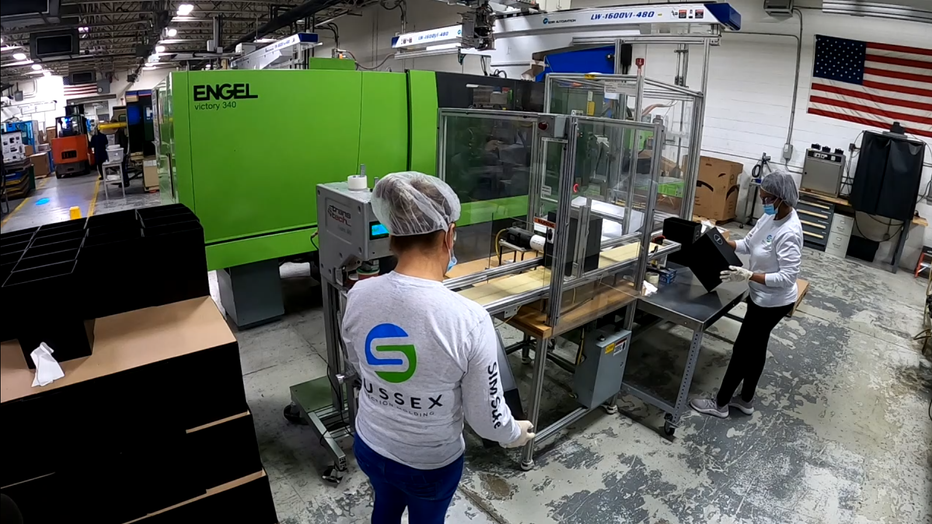 Inside Sussex Injection Molding, a life-saving number is being printed on what typically might be overlooked.

"Now is a time for everyone to kind of take action and elevate their voice," said Ann Riphenburg, founder and owner of reCollect2 Company. "It was important for us to say, 'OK, how can we come alongside our customers in the industry and continue this momentum?'" 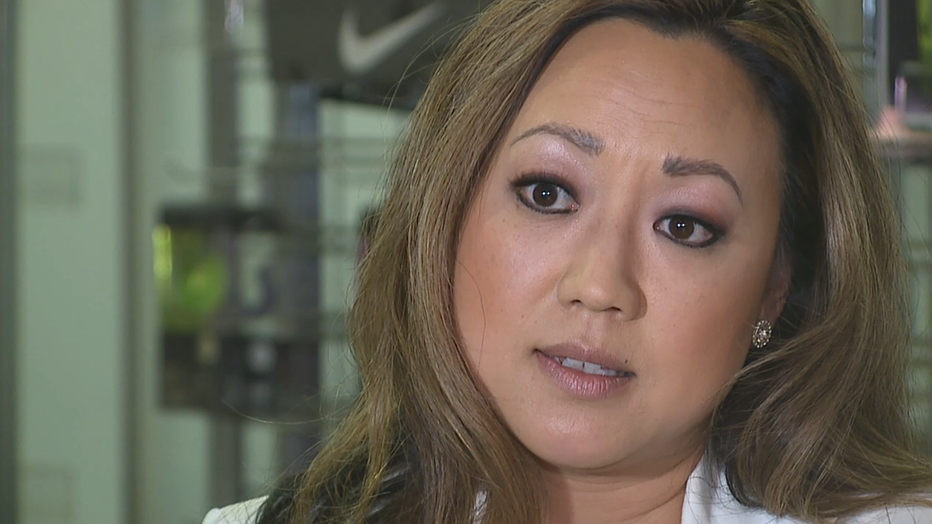 In 2010, Riphenburg acted on the idea to create side-by-side waste and recycling containers that sit within one base. Her company markets them to hotels and office spaces.

Now, Riphenburg is offering the product to include the National Human Trafficking Hotline text number.

"One of the things that is true of trafficking victims in general, is that they are lacking hope," said Tim Bodnar, board president of Exploit No More. "Having something placed in hotel rooms that can get attention, provides a way of escape and the possibility of having a better life, it's an immense thing." 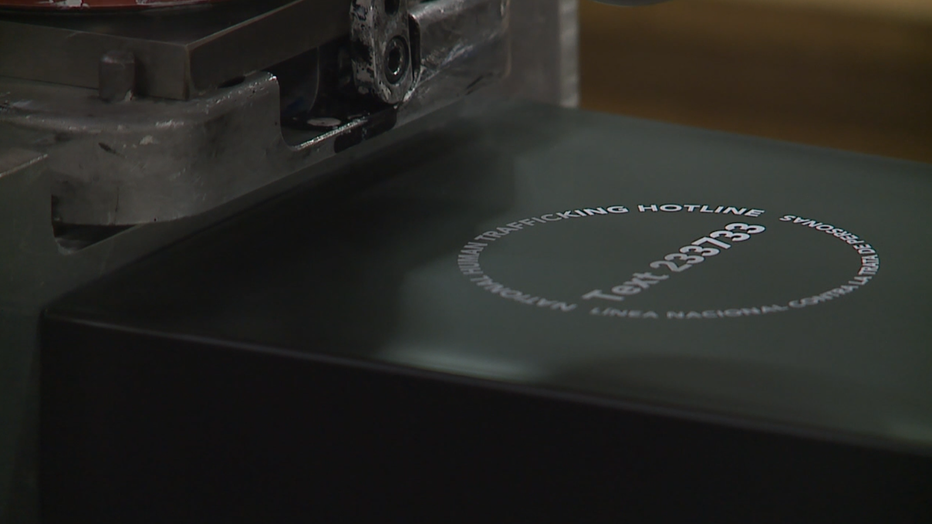 Exploit No More is a nonprofit that works to end sex trafficking in the Greater Milwaukee region. Bodnar said hotels are critical sites for trafficking operations and despite its prevalence, victims often go unnoticed.

"The impact is being felt not just in the inner city with any particular ethnic group. It actually affects the suburbs. There’s been trafficking victims found in every county in Wisconsin," said Bodnar. 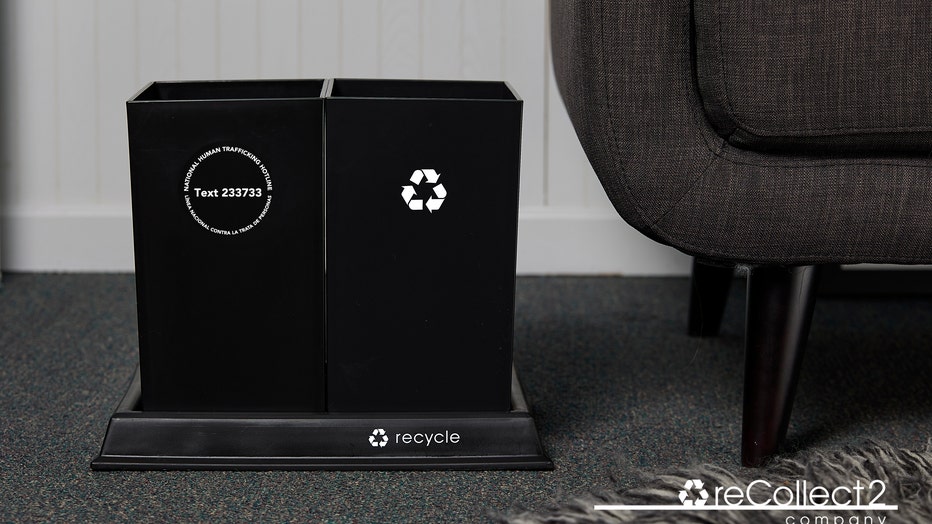 In the hospitality industry, Bodnar said signs that someone is being trafficked can include the following: "From a hotel perspective particularly, someone checking into a hotel with a local address or significant difference in the ages of the people is a very clear sign. If someone doesn't have appropriate documentation -- that can also be a sign."

Riphenburg now hopes the imprint serves as an escape for someone in need of help.

"To increase awareness and potentially help anyone, that's our priority," Riphenburg said. 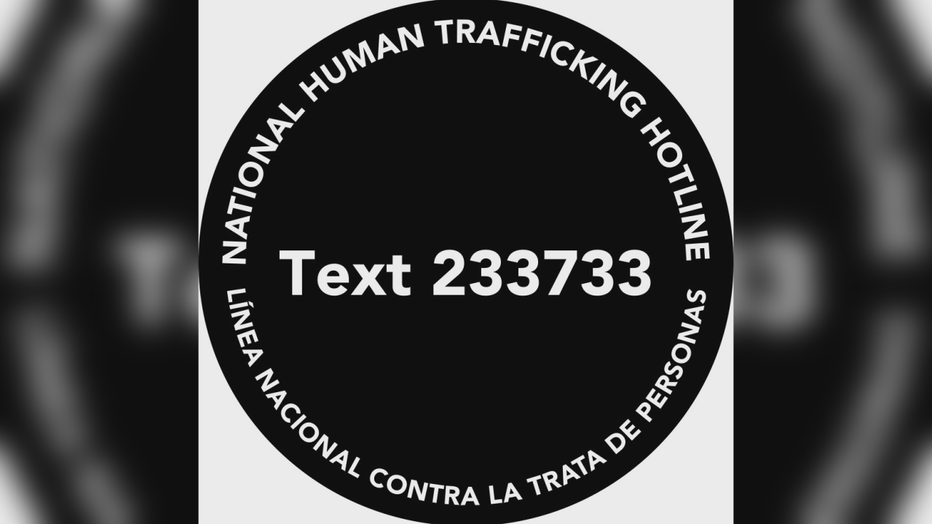 In addition to providing support and resources, the hotline also serves as a tip line for reporting any suspicious activity. You may also submit a tip to the National Human Trafficking Hotline online HERE.

If you need help or know someone who does, the National Human Trafficking Hotline is available at:

Advocates weren't sure that the verdict would be guilty before the jury delivered it, but they are now focused on equality and change.

After Sunday's shooting at the Somers House tavern left three people dead, a group in Kenosha is calling for action on gun laws.