MADISON — The Wisconsin Veterans Museum in Madison is set to unveil a new display next week featuring equipment a Wisconsin sailor used on D-Day.

The museum will unveil the display at 9 a.m. on Thursday, the 75th anniversary of the June 6, 1944 invasion along the coast of Normandy, France. The invasion was the largest seaborne invasion in history and the pivotal campaign of World War II.

The display will feature rain gear, a helmet and boots Martin Gutekunst of Milwaukee wore on Utah Beach. According to the state Department of Veterans Affairs, Gutekunst was a 27-year-old radioman with the 2nd Naval Beach Battalion during the invasion.

The artifacts will be on display at the museum until June 30. 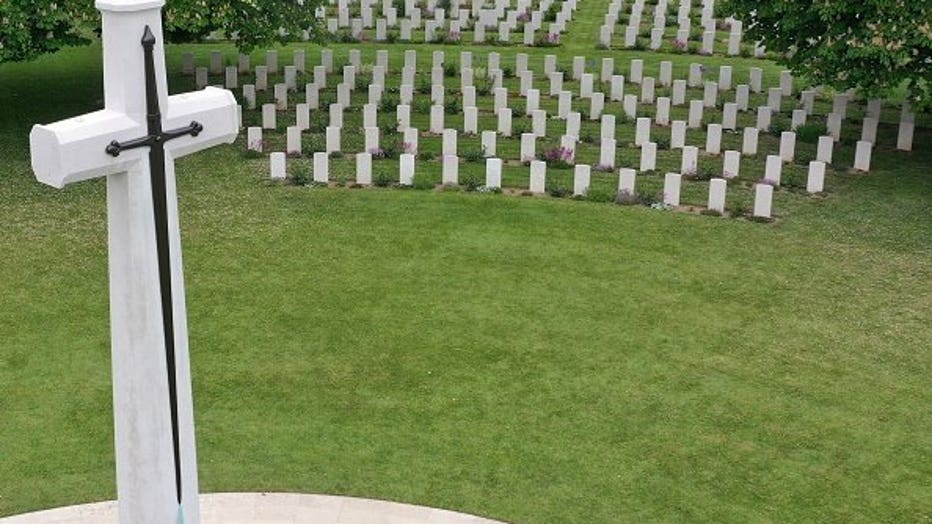 This aerial view taken on May 29, 2019 shows the Bayeux War Cemetery in Bayeux, northwestern France. - The D-Day ceremonies on June 6, 2019, will mark the 75th anniversary since the launch of 'Operation Overlord', a vast military operation by Allied