MILWAUKEE -- It's been a rough week for Wisconsin's workforce.

With many businesses and people unable to work due to the state's "Safer at Home" orders as a result of the coronavirus. Last week, more than 69,000 people in Wisconsin had filed for unemployment through the state's Department of Workforce Development -- a snapshot of the record national number.

The biggest day of filing was Friday, March 20 when more than 17,000 filed. At that same time last year, there were fewer than 800 people who had filed. 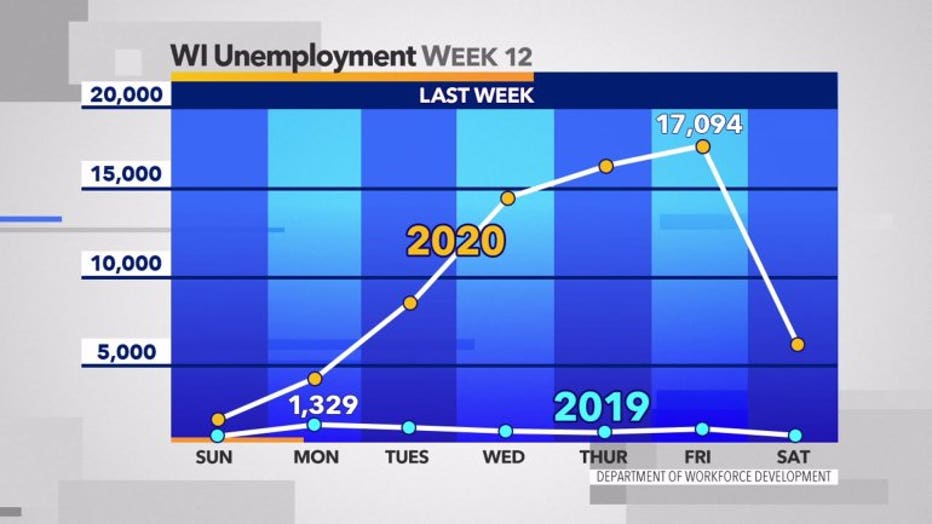 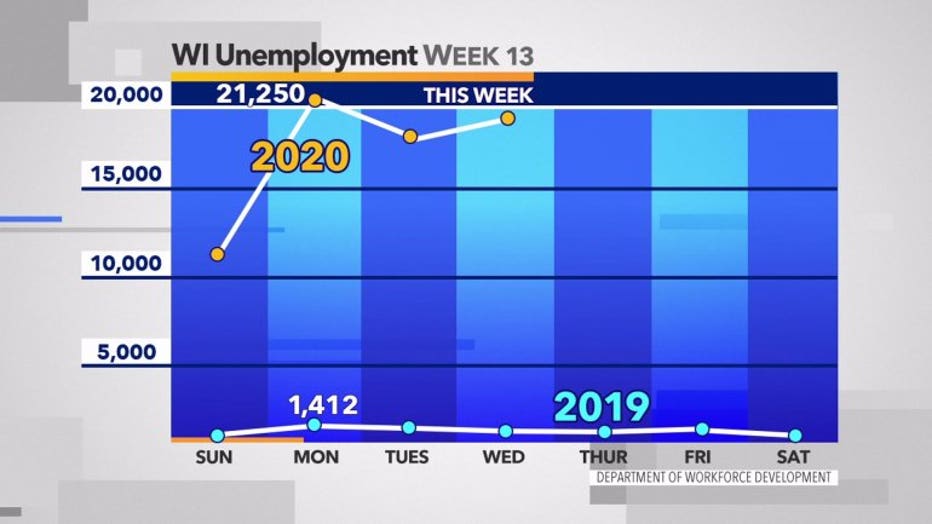 While the numbers are expected to continue growing, politicians are working to provide financial relief to many who desperately need it. The current stimulus bill working its way through Congress would give unemployed adults an extra $600 per week for the next four weeks.