MADISON, Wis. - Wisconsin told Foxconn Technology Group on Monday that it won't qualify for billions of dollars in state tax credits unless it strikes a new deal for a scaled-back factory complex. 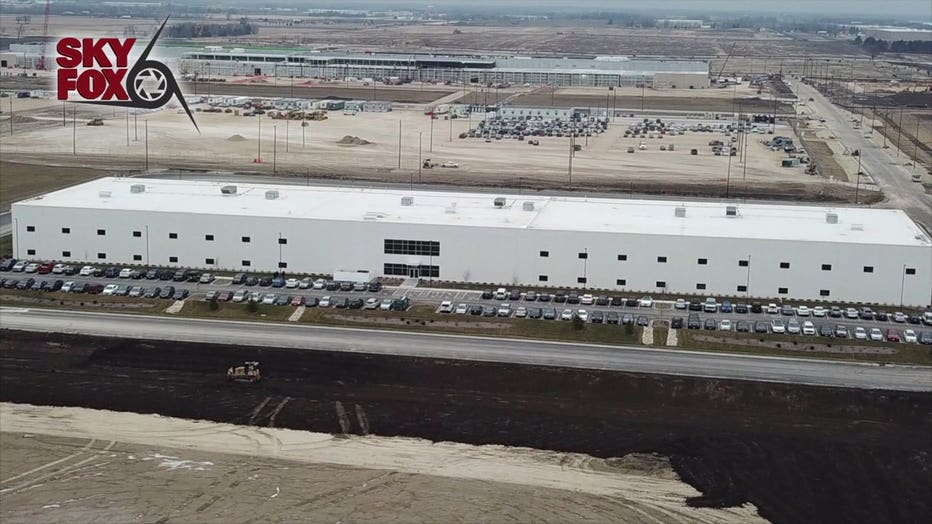 State officials have told Foxconn since last year that it would not qualify for the tax credits without revisions to its 2017 contract because the scope of the envisioned factory has been reduced. President Donald Trump heralded the original deal as a sign of a revitalized American manufacturing economy, calling the envisioned plant “transformational” and the “eighth wonder of the world.”

The deal with Foxconn, the world's largest electronics manufacturer, was announced by President Trump at a White House ceremony and he traveled to Wisconsin in 2018 for the groundbreaking.

Foxconn signed a contract with Wisconsin under then-Gov. Scott Walker in 2017 to earn nearly $4 billion in state and local tax incentives for a $10 billion display screen manufacturing campus and plant that would employ up to 13,000 people. But Walker, a Republican, lost in 2018 to Democrat Tony Evers, who ran as a critic of the project.

After the deal was signed, Foxconn said it was downsizing the factory to what is known as a Generation 6 plant rather than a Generation 10.5 plant. The facility envisioned now would make smaller thin-film transistor liquid crystal display screens for cellphones and other devices, rather than the larger screens that were first proposed.

Hughes said in the letter to Jay Lee, the vice chairman of Taiwan-based Foxconn, that “Foxconn’s activities and investments in Wisconsin to date are not eligible for credit."

“As we have discussed numerous times, markets, opportunities and business plans can and often need to change,” Hughes said in the letter. “I have expressed to you my commitment to help negotiate fair terms to support Foxconn’s new and substantially changed vision for the project.”

The state, in a separate communication, told Foxconn that because the company is not building the factory envisioned in the contract, the state can't calculate job creation or capital investment tax credits.

“Once Foxconn is able to provide more accurate details of the proposed project, such as its size, scope, anticipated capital investment, and job creation, WEDC would be able to offer support for the project with tax incentives as it does for many large and small Wisconsin businesses," Hughes wrote.

State Rep. Gordon Hintz, the Democratic minority leader and a longtime critic of the project, said the announcement “cements Foxconn’s legacy in Wisconsin as one of broken promises, a lack of transparency, and a complete failure to create the jobs and infrastructure the company touted in 2017.”

"To date, Foxconn has not received any tax credits from the State of Wisconsin despite achieving employment levels above 520 people and investing $750 million dollars in Wisconsin that includes over a half a billion dollars invested in Foxconn’s manufacturing park. Foxconn came to the table with WEDC officials in good faith to discuss new terms of agreement which have consequential impacts to Racine County and the Village of Mount Pleasant, third party partners in this development project. WEDC’s determination of ineligibility during ongoing discussion is a disappointment and a surprise that threatens good faith negotiations."