The Wisconsin Supreme Court weighed Monday whether Gov. Tony Evers exceeded his authority by issuing a statewide mask mandate after his original public health emergency related to the pandemic had expired, a move that opponents said was illegal.

MADISON, Wis. - The Wisconsin Supreme Court weighed Monday whether Gov. Tony Evers exceeded his authority by issuing a statewide mask mandate after his original public health emergency related to the pandemic had expired, a move that opponents said was illegal.

Evers argues that he can issue multiple health emergencies, even though state law limits them to 60 days, because of the changing threat caused by the pandemic. But those challenging the mask mandate argued that Evers is only allowed to issue one 60-day health emergency for the same pandemic and only the Legislature can extend it. 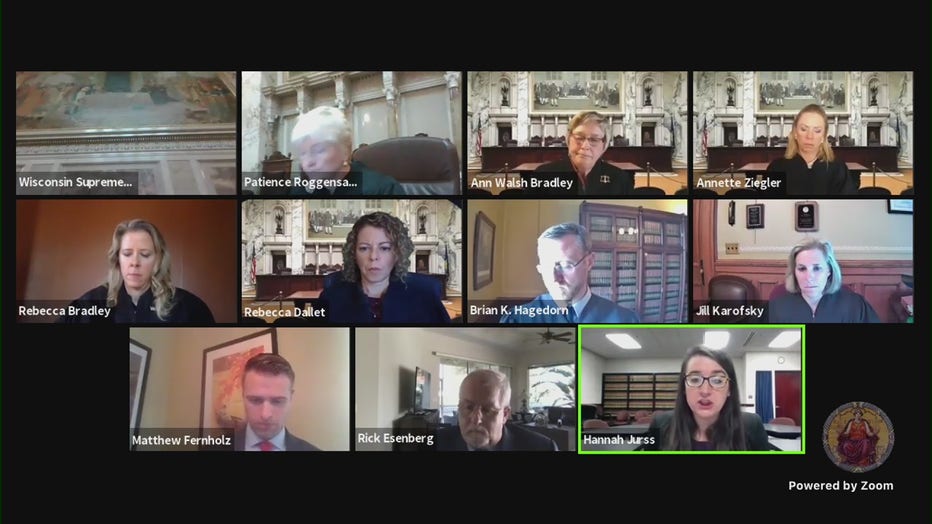 The Supreme Court held virtual arguments on Monday and took the case under advisement. It likely won't issue a ruling for several weeks.

The Wisconsin Supreme Court in May struck down Evers' “safer at home” order, ruling that his administration overstepped its authority when it extended the order without consulting lawmakers.

The court was controlled 5-2 by conservatives when it issued that order. But that margin is now 4-3, and one of the conservatives, Justice Brian Hagedorn, sided with liberals in May in wanting to uphold the “safer at home” order.

Hagedorn on Monday questioned Evers' authority to renew health emergencies beyond the 60-day limit. He said the was an “extraordinary grant of short term power to the governor" and that “it seems like the Legislature wanted to allow for only a very short period of time.”

“Nobody’s questioning the governor’s sincerity in trying to do what he thinks is right here,” Hagedorn said. “But he can only do what the power he’s been given to do.”

Hannah Jurss, an assistant attorney general defending Evers, countered that the governor doesn’t have “one and done” authority over a health emergency, and as conditions warrant he may need to issue subsequent orders.

“I don’t understand how the 60-day limit in the (law) would ever come into play if we accept the governor’s interpretation,” she said.

The arguments come as Wisconsin broke records last week for new COVID-19 cases amid a coronavirus surge in the state that began in September and has forced many hospitals to operate at or near capacity.

Wisconsin has logged more than 312,000 COVID-19 cases and 2,637 deaths since the pandemic began. There were 2,096 people hospitalized as of Sunday, just below a record high set on Wednesday, according to the Wisconsin Hospital Association. There were 1,522 new cases per 100,000 people in Wisconsin over the past two weeks, which ranks fourth in the country for new cases per capita, according to Johns Hopkins.

Since the start of the outbreak, Evers has issued three public health emergencies and a series of related orders. 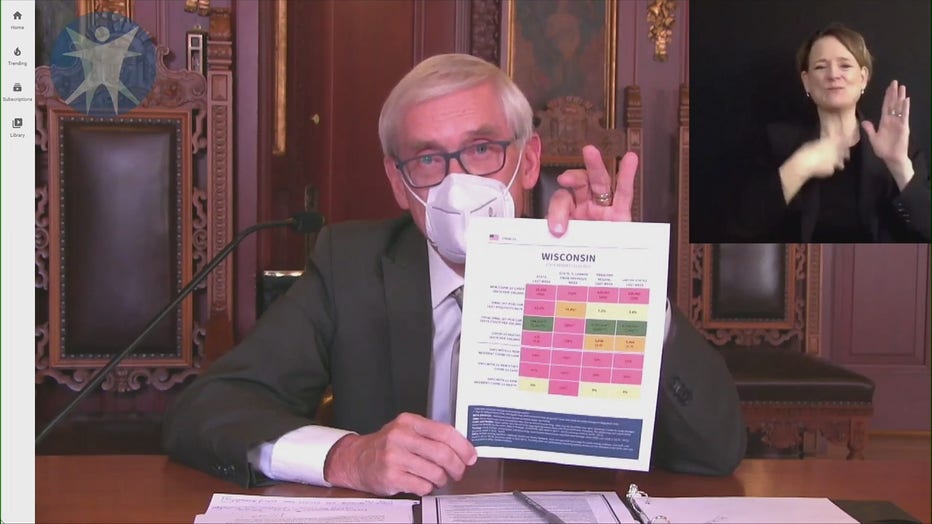 A state appeals court in October put on hold another Evers order limiting how many people could gather indoors at such places as bars and restaurants. The Supreme Court earlier this month declined to hear the case, meaning there are no statewide capacity limits but there are local restrictions in many places.

In July, Evers issued the mask mandate. He extended it in September and the order is currently set to expire on Saturday, although Evers could extend it.

The first emergency order Evers issued in March was legal for 60 days, but after that only the Legislature can extend it, argued attorney Matthew Fernholz who is seeking to have the mask order invalidated.

“These orders represent an unlawful end run around the Legislature's 60-day limit on the exercise of emergency powers," Fernholz said. "This court should declare these orders unlawful and void.”

The case heard Monday was brought by Jere Fabick, a major Republican donor in Wisconsin who has given more than $350,000 to Republican or conservative candidates in Wisconsin between 1994 and the middle of 2020, according to the Wisconsin Democracy Campaign. In 2016, Fabick gave $20,000 to conservative Wisconsin Supreme Court Justice Rebecca Bradley. Fabick is a board member and policy advisor for The Heartland Institute, a free-market think tank and also the president of a multi-state Caterpillar equipment and engine dealer.

A lower court judge sided with Evers in a second case challenging the mask mandate that was brought by the conservative Wisconsin Institute for Law and Liberty and Republican legislative leaders. A St. Croix County judge in October said there was nothing to prevent the governor from issuing multiple public health emergencies. The judge also noted that the Legislature has the power to overturn the order if it wanted to, but so far has not done that.

Rick Esenberg, president of the Wisconsin Institute for Law and Liberty, was allowed to argue before the court Monday in support of striking down the Evers order.

Walmart resumes counting customers in stores due to coronavirus surge