The conservative-controlled court had previously said it would not make significant changes to the boundary lines that were already in place and created by Republicans in 2011. The Evers proposal it adopted keeps the Republican majorities, but it was slightly less favorable than the plans submitted by the GOP legislative majorities.

Justice Brian Hagedorn, who is often a swing vote on the court, wrote the 4-3 majority opinion. He was joined by the court's three liberal justices, while the three conservatives dissented.

"We said we would choose maps that minimize changes from current law and evaluate maps for compliance with state and federal law," Hagedorn wrote for the majority. "In so concluding, we rejected an approach that involved this court making significant policy decisions or weighing competing policy criteria."

The map submitted by Evers complies most closely with the criteria set out by the Supreme Court and complies with the federal Voting Rights Act, attorneys for the governor argued before the court in January.

The Legislature’s attorney countered that the governor’s legislative map was unconstitutional because it moved too many people to create more districts with a majority of Black and Hispanic voters.

All of the submitted maps had to adhere closely to the current boundary lines, per the court’s earlier order. The court previously ruled that changes to the current maps would have to be limited to population shifts made apparent by the once-a-decade census.

Redistricting is the process of redrawing the state’s political boundaries based on the latest census showing how populations have changed in neighborhoods, cities and counties since 2010. Mapmakers can create an advantage for their political party in future elections by packing opponents’ voters into a few districts or spreading them thin among multiple districts — a process known as gerrymandering. 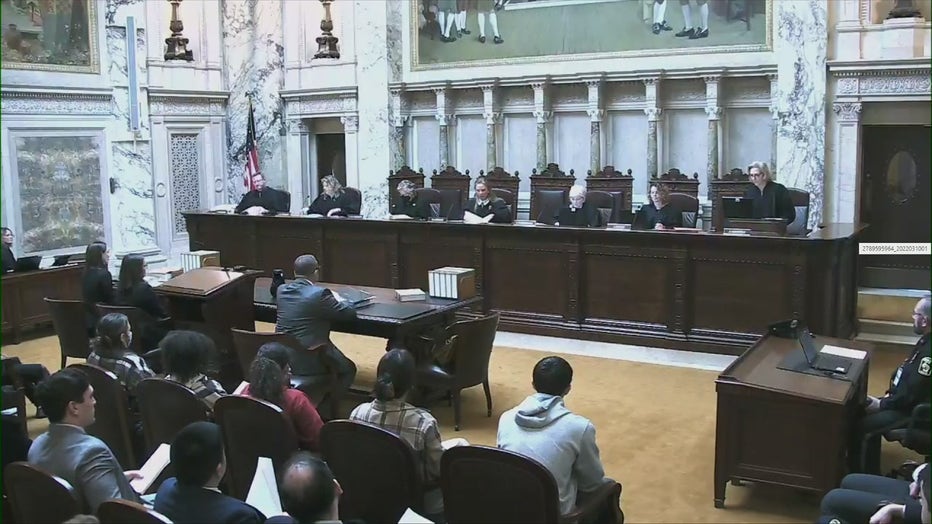 In 2018, Democrats won every statewide race but Republicans held more than 60% of legislative seats. Republicans blamed bad Democratic candidates, in part, while Democrats argued that gerrymandering enshrined the GOP advantage.

"The maps I submitted to the Court that were selected today are a vast improvement from the gerrymandered maps Wisconsin has had for the last decade and the even more gerrymandered Republicans maps that I vetoed last year. We still have a long way to go, and I will never stop fighting for nonpartisan redistricting as long as I’m the governor of this great state.

"Today’s ruling isn’t a victory for me or any political party, but for the people of our state who for too long have demanded better, fairer maps and for too long went ignored—today’s victory is for them."

"This is a historic victory for democracy in Wisconsin. It will mean much fairer maps than we’ve had in place for the last decade, re-empowering many Wisconsin voters.

"To be clear, there is more work to be done: the least-changes standard effectively prevented the adoption of truly fair maps. But this ruling means we’ll be taking a big step in the right direction.

"It was a privilege to represent Governor Evers in working to make our maps fairer. Thank you to him and to those at DOJ who contributed to this victory."

"Wisconsin’s notorious partisan gerrymander for the state legislature and Congress grew a little less extreme, thanks to the maps adopted by the Wisconsin Supreme Court. In a 4-3 decision, the court adopted the "least change" maps put forward by Governor Tony Evers. By accepting the Republican-invented "least change" framework in the first place, the Supreme Court essentially locked in a version of the Republican gerrymander from 2011 for another 10 years - a gerrymander widely considered to be among the worst in the nation.

"In choosing the Evers maps, the GOP fever dream of a veto-proof majority next January is likely out of reach. But that doesn’t mean these maps are fair.

"Wisconsin Democrats tried to offer a nonpartisan, independent redistricting process, one that would take politicians out of the business of picking their own voters. It’s an idea that a majority of our Wisconsin neighbors support. In fact, jurisdictions representing about 80% of Wisconsin residents have passed referendums or resolutions in favor of fair maps. Sadly, Republicans in their gerrymandered majority refuse to even give the idea a public hearing.

"Instead, what we got from legislative Republicans were maps so biased that nobody outside Republican leadership testified in favor at a day-long public hearing, with dozens of people from all across the state testifying vehemently against.

"Today’s decision by the State Supreme Court did not introduce fairness to Wisconsin’s Congressional or legislative districts. However, they did restore some measure of sanity, and offer some hope for a future where the party that wins the most votes wins the most seats in the legislature and in Congress. That shouldn’t be an unrealistic goal in a democracy, and hopefully going forward it won’t be."

Spring breakers, you will want to hear this. Milwaukee Mitchell International Airport (MKE) is offering record numbers of flights to sunny skies and warmer temperatures.