FORT McCOY, Wis. - A new memorial at the Wisconsin State Patrol Academy, dedicated Friday, now stands as a tribute to eight state troopers who lost their lives on duty.

The memorial lists the names of eight troopers killed throughout the 83-year history of the State Patrol. All died while carrying out their duty to serve the people of Wisconsin. This is the first memorial dedicated solely in their honor.

"Law enforcement officers put our safety ahead of their own, which is truly remarkable. We are thankful every day for their sacrifices to keep our highways safe," Wisconsin Department of Transportation Secretary Craig Thompson said in a news release. "We know their contributions mattered. There are many who are alive and safe today because these fallen troopers were carrying out the vital mission of the State Patrol."

The Wisconsin State Patrol, a division of the Wisconsin Department of Transportation, has served the state since its inception in 1939. Nearly 500 sworn officers and additional support staff are employed to fulfill the agency’s public safety goals. 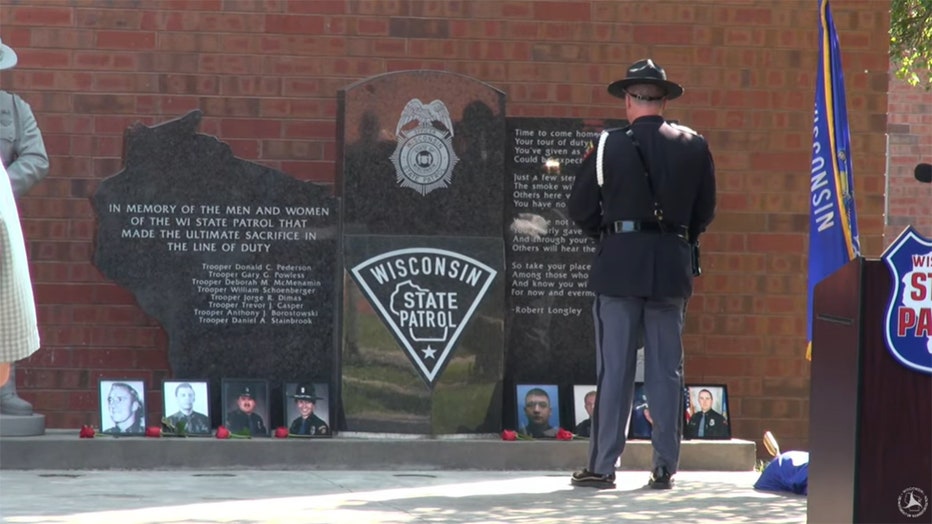 "This memorial is a daily reminder of our fallen heroes, the ones many of us knew and still mourn," State Patrol Superintendent Tim Carnahan said in a news release. "It will serve as a somber inspiration to our next generation; the future officers who train here at the academy every year, working towards their opportunity to wear the same badge."

The Fallen Heroes Memorial was made possible through a partnership with the Wisconsin Troopers Benevolent Foundation.