Tickets go on sale Thursday, March 10 at 9 a.m. at WiStateFair.com. All seating for this show is reserved, and tickets will be $37, $47, and $49. Each ticket includes admission to the 2022 Wisconsin State Fair for the day of the show when purchased in advance. 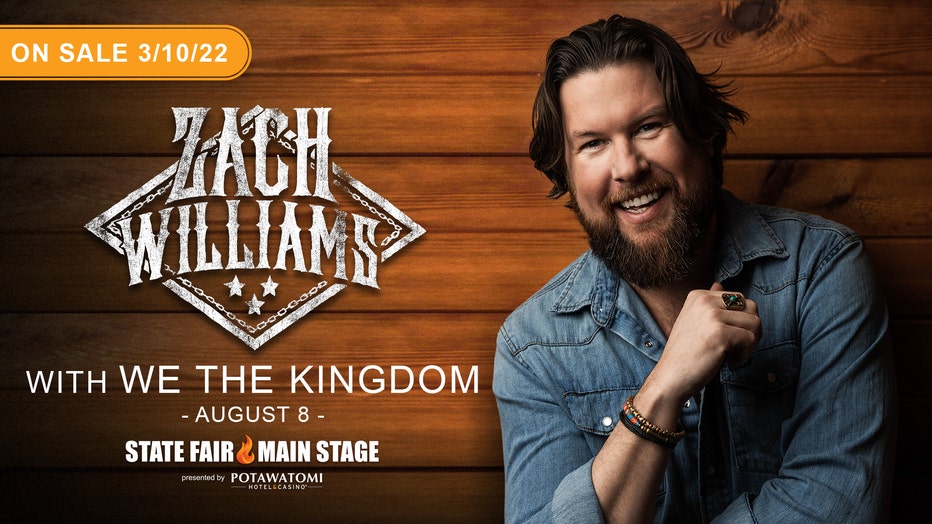 Williams is one of Christian country music’s leading artists and songwriters, carving a niche with his singular blend of southern rock, country, and faith-filled songwriting. His hits like "Chain Breaker," "Old Church Choir," and "Rescue Story" have led him to be a Grammy-winning artist.

We The Kingdom will open the show for Zach Williams. We The Kingdom is a multigenerational family of musicians, including producers and songwriters Ed Cash, Scott Cash, Franni Rae Cash, Martin Cash, and Andrew Bergthold. We The Kingdom’s Grammy Nominated debut album, Holy Water, features two back-to-back No. 1 hits.

Wisconsin State Fair officials announced on Tuesday, March 1 that Nelly will perform at the State Fair Main Stage at 7:30 p.m. on Friday, Aug. 12. Singer, dancer, and actor, Ginuwine, will open for Nelly.