Wisconsin State Fair officials announced on Tuesday, March 29 that The Oak Ridge Boys will bring their country-pop hits to the State Fair Main Stage the final night of the Fair, Sunday, Aug. 14 at 6 p.m.

Tickets go on sale Thursday, April 7 at 9 a.m. at WiStateFair.com. All seating for this show is reserved, and tickets are $32, $37, and $42. Each ticket includes admission to the 2022 Wisconsin State Fair for the day of the show, when purchased in advance. 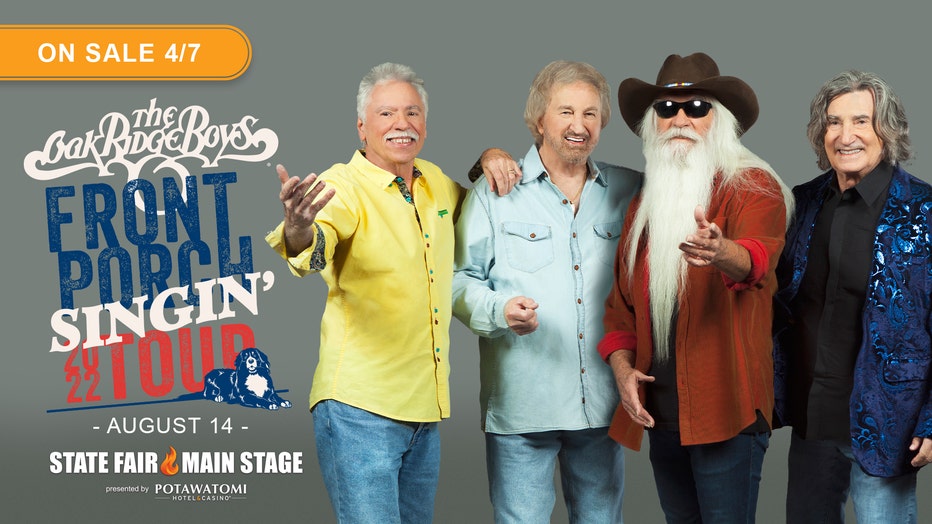 As one of country's truly legendary acts, their string of hits include the country-pop chart-topper "Elvira," as well as "Thank God for Kids," "American Made," "Fancy Free," and many others. The group has scored dozens of country hits, earning them Grammy, Dove, CMA, and ACM awards, and a host of other industry and fan accolades. Every time they step before an audience, the Oaks bring four decades of charted singles and 50 years of tradition to a stage show.