MARINETTE — A Wisconsin shipbuilder won a contract for up to 10 frigates on Tuesday, beating out three other shipbuilders, as the Navy seeks to build smaller, lethal warships during a time of growing threats.

The $795 million contract calls for Fincantieri Marinette Marine to move forward with design and construction of the lead ship, with options for up to nine more frigates, the Navy announced Thursday. The contract carries a value of $5.6 billion if all 10 ships are built, the Navy said.

Construction in the first new major shipbuilding program in more than a decade will begin in Marinette, Wisconsin, by April 2022, and the first ship will be delivered in 2026, James Geurts, the Navy’s assistant secretary for research, development and acquisition, told reporters.

"The Navy’s guided-missile frigate will be an important part of our future fleet,” Chief of Naval Operations, Adm. Mike Gilday, said in a statement.

Frigates are multi-mission ships that are smaller and less costly than the Navy’s fleet of Arleigh Burke-class destroyers. Maine's Bath Iron Works helped to design the last frigates, the Oliver Hazard Perry class, the last ship of which retired from duty in 2015.

The Navy pressed to expedite the process for the new class of frigates by using existing ship designs. Fincantieri Marinette Marine drew upon the Italian-French design for its proposal.

“When we began this journey nearly two years ago it was with the belief that there was a place for new ideas, new platforms and new partners in an already talented U.S. shipbuilding industry,” said Fincantieri Marine Group CEO Dario Deste. “Today’s announcement validates that thinking.”

The announcement was disappointing for the other three finalists: Bath Iron Works, a General Dynamics subsidiary, along with Austal USA in Alabama, and Huntington Ingalls in Mississippi.

Marinette likely stood out for the contract because it has less work than the major shipyards, Bath and Ingalls, and is better prepared to undertake the project, said Loren Thompson, defense analyst at the Lexington Institute.

“The Navy was confident in its design and knew that Marinette has the available skills to do the work on time,” he said.

The total cost of the first frigate, including design costs and other factors, is expected to be $1.28 billion while the average costs of the rest of the ships would be $781 million apiece, Geurts said. 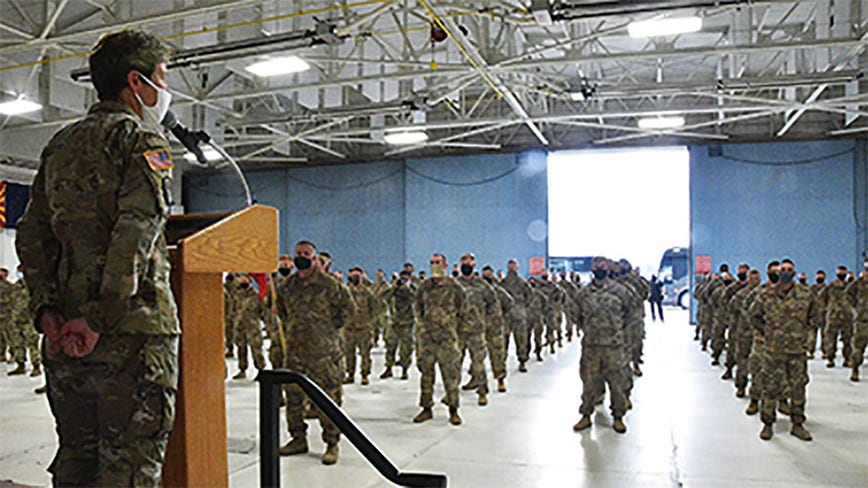