WISCONSIN RAPIDS -- Authorities in Wood County, Wisconsin are investigating after someone put a nail into Halloween candy.

A mother called police after finding the inch-long nail inside a Tootsie Roll.

One woman said she was so concerned after hearing the news that she broke all of her grandchildren's Tootsie Rolls in half to check for foreign objects.

"I'd be devastated. What could have happened if a little -- like my grandson-- swallowed that? It would have been horrific," Jean Winters said.

Police said the mother is unsure where her child got the tainted Tootsie Roll. They went Trick-or-Treating on Halloween in parts of Wisconsin Rapids and Nekoosa. 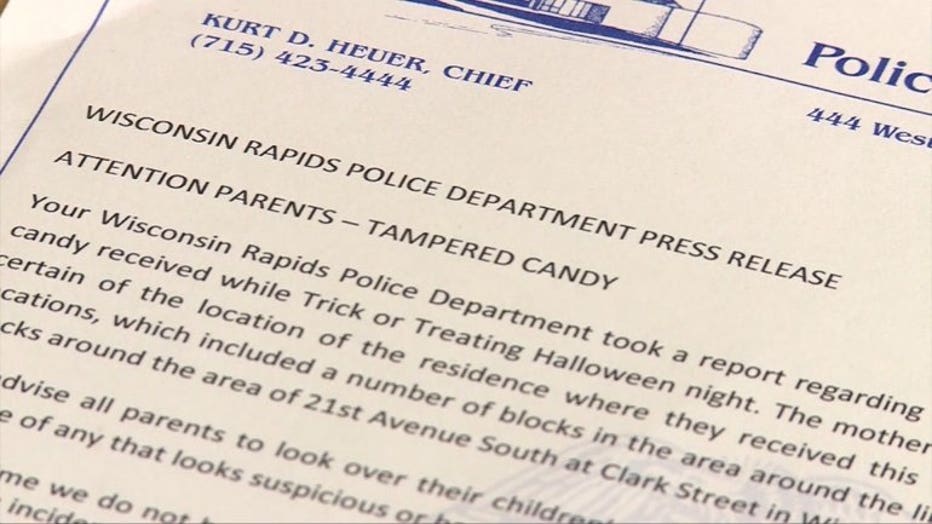 Authorities ask that parents always check over their children's Halloween candy carefully before it's eaten.