State law does not allow absentee ballots to be opened until Election Day. In Milwaukee, that process happens at Central Count. Milwaukee election officials said it was a smooth election night overall. Poll workers spent all day Tuesday working to count the more than 28,000 absentee ballots in Milwaukee.

MILWAUKEE - Municipalities across Wisconsin are working to count absentee ballots cast for the Wisconsin primary election. State law does not allow absentee ballots to be opened until Election Day. This includes ballots of those who voted early in person.

In Milwaukee, that process all happens at what is called Central Count. Once all the absentee ballots are counted, they are then added to the totals for Milwaukee County.

Voters had until 8 p.m. to drop off their absentee ballot at either Central Count or City Hall.

Kimberly Zapata, Milwaukee's deputy director of the Election Commission said there were a few ballots rejected because of missing signatures or other information, which is normal, but there were no major issues.

FOX6 News spoke with her about how the process works.

"Poll workers work in pairs, and they process ballots per ward," said Zapata. "They will look at a certificate envelope, make sure that it’s filled out correctly by the witness and the voter, everything looks good. They open it, take out the ballot, assign a voter number and then take it up to the machine to be processed."

There were also election observers at Central Count throughout the day, making sure everything went according to state law. 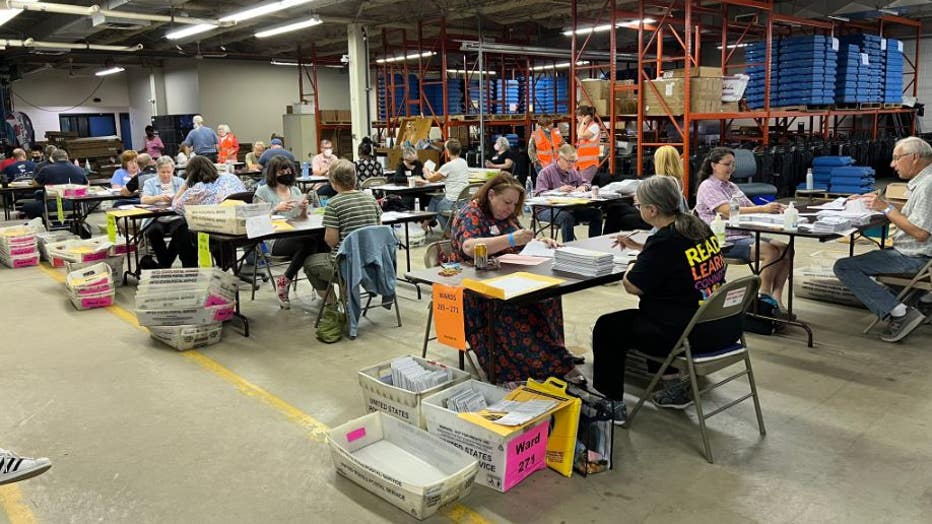 Democrats are voting on a candidate for senator, although most candidates have dropped out to support Mandela Barnes. This year, it is the Republicans choosing a candidate to run against the incumbent governor.

In the 2018 midterm primary, 164,028 ballots were cast in Milwaukee County, a county that traditionally votes Democrat. That was about a 36% turnout of registered voters.

In 2018 in Waukesha, a traditionally conservative county, 91,000 ballots were cast. That was also about a 36% turnout of registered voters.