After President Donald Trump tested positive for COVID-19, Wisconsin politicians weighed-in on pandemic and its impact.

U.S. Rep. Mark Pocan (D-Madison) was not surprised by the president's diagnosis.

"This should be a wakeup call for everyone," Pocan said. "He and the first lady are in our thoughts."

Though critical of the president's handling of the pandemic, Pocan hopes there is a silver lining to the diagnosis, beyond recovery.

"What he's been doing hasn't been working. The lessons of not being inside with lots of people, not having close proximity, not wearing a mask -- all those things have been risky areas for the president," said Pocan. "My hope is that people, even if they're deniers, realize this is very real. We all have to protect ourselves." 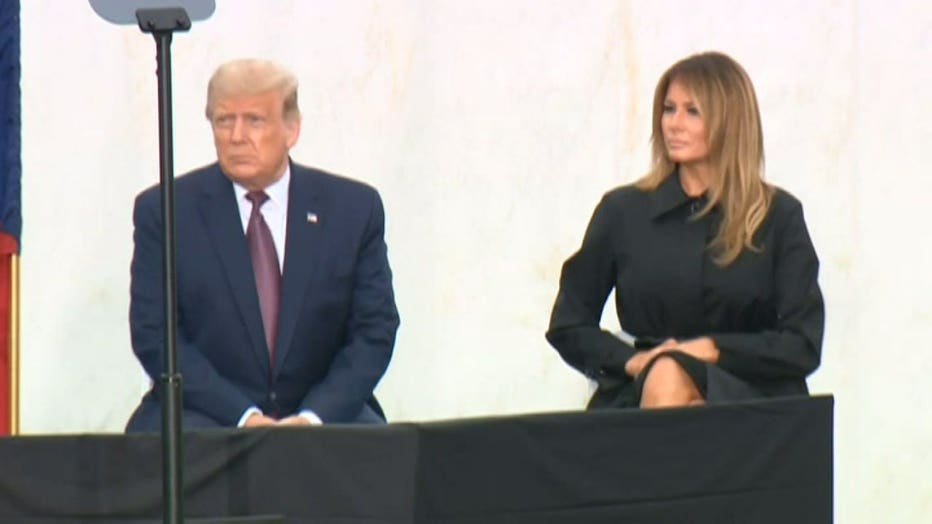 "Obviously it was a surprise, but I guess in today's society it's never a surprise when anyone gets the COVID," Grothman said.

While surprised, Grothman does not believe President Trump's actions, such as holding large campaign rallies, played a role in the diagnosis.

"I think he has a lot of people working in the White House. Hope Hicks got it. I think that's the obvious way he would have got it," said Grothman. "I would be surprised if sometimes in the next three weeks he was not out and about doing rallies again.

Both congressmen said the best way they are stating health is through social distancing and mask wearing.

Wisconsin Senators Tammy Baldwin, a Democrat, and Ron Johnson, a Republican, both took to Twitter on Friday to wish President Trump and first lady Melania Trump a full recovery.

The president will not travel to Wisconsin as originally planned for a pair of Saturday, Oct. 3 rallies.