MADISON -- The Wisconsin Policy Forum released a report on Tuesday, April 21 that shows the COVID-19 pandemic has caused traffic on Wisconsin’s roads to plummet, with lower traffic counts seen in all parts of the state, not just hard-hit areas.

The report indicates this shift largely predates a statewide order for Wisconsinites to limit travel and stay home. The decline has potential implications for public health, the economy, traffic safety, and a key state revenue stream that funds transportation projects. 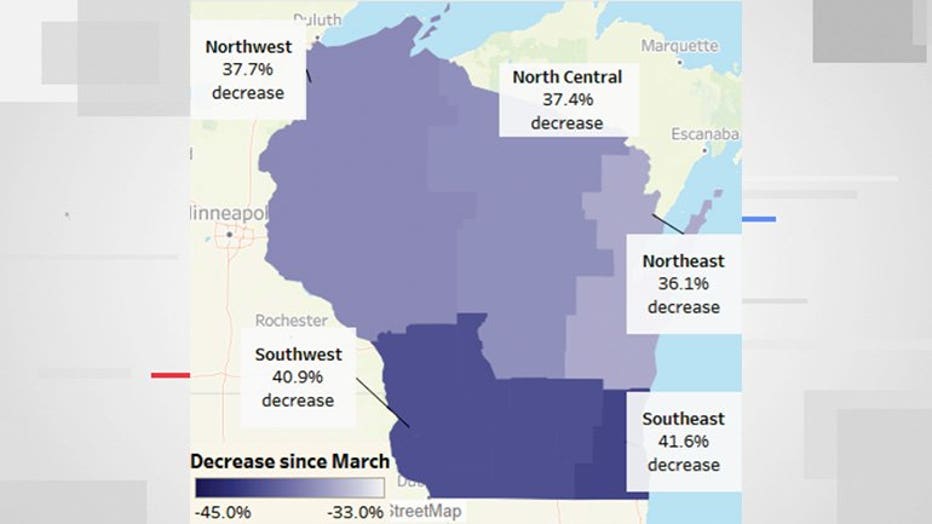 While more than two-thirds of confirmed COVID-19 cases in Wisconsin have been in the southeastern part of the state – including roughly half in Milwaukee County alone – traffic is down everywhere. Traffic volumes have declined between 22% and 56% at each of the 61 locations; aggregated regionally, all areas of the state have seen decreases of at least 36%.

Notably, the DOT data only include locations on state, U.S., and interstate highways, so the extent to which traffic has declined on local streets is not yet fully known. If, for example, Wisconsinites have greatly reduced or eliminated longer-distance trips, which typically involve highway driving, but in some areas continued to make local trips at closer to normal levels, that will not be captured by DOT monitors. With that caveat, data collected on state highways that function as thoroughfares in Madison and Milwaukee show traffic has declined in those locations at levels similar or larger than the statewide average.