MILWAUKEE - The Assembly's Committee on Criminal Justice and Public Safety held its first public hearing on the package of seven bills related to policing was held Thursday, May 27.

The bills come after months of community discussion and a year full of protests. While some support the legislation, others say it is not enough.

The vice president of the Milwaukee Police Association testified in support of the bills, but in other parts of the city, protestors said it is not what the community wants.

Near the busy intersection of 27th and Capitol, the group Black Leaders Organizing for Communities (BLOC) hopes to be heard all the way in Madison. 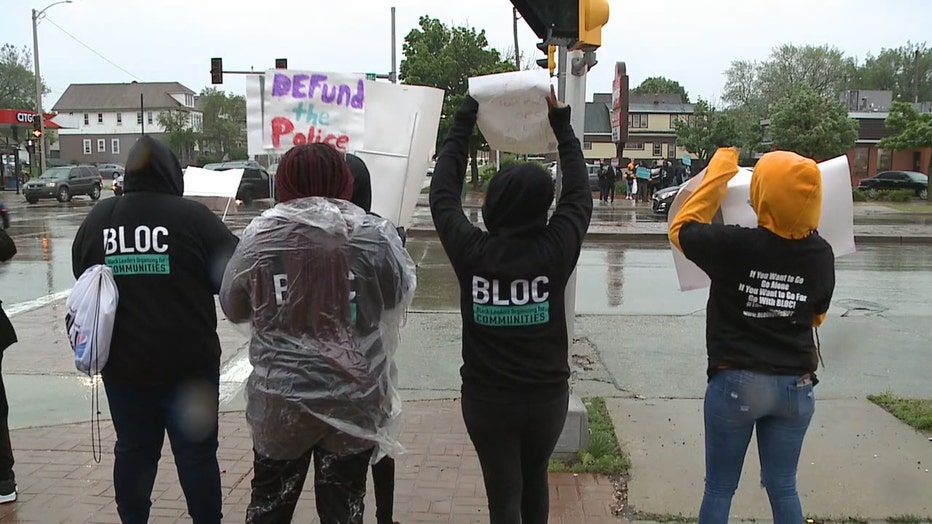 BLOC protest near 27th and Capitol

The bills are the result of the bipartisan Racial Disparities Task Force, formed in August 2020 after the police shooting of Jacob Blake in Kenosha. Rep. Sheila Stubbs (D-Madison) co-chaired the committee.

"This isn’t the perfect document, but it is a start," Stubbs said.

Bills in the package include: providing more grants for body cameras; creating an annual report on the use of no-knock warrants; and creating a training program for school resource officers.

West Allis Police Chief Patrick Mitchell was a member of the task force and hopes the bills get signed. 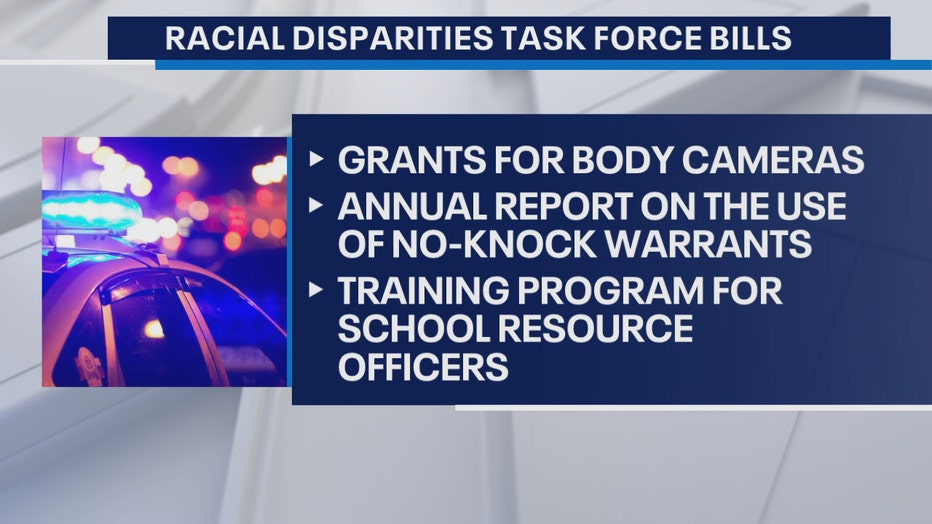 "A lot of complicated materials that we talked about, and I think we came to a good outcome at the end of the day," Mitchell said.

In Milwaukee, BLOC says this is the opposite of what they wanted to – to defund police. Several of the bills would give more funding to departments. As rain washes away their message, it doesn't deter their spirit.

"Rain, sleet or snow, we’re going to be out here because we don’t want people saying ‘well, we thought this is what the community wants,’" Lang said.

The seven bills now await approval by the Criminal Justice and Safety Committee.

The Milwaukee Soldiers Home was established after the Civil War, making it one of Wisconsin's most historic sites. After a decade of rehabilitation, it will again house dozens of the nation's heroes.