MADISON — The percentage of new positive COVID-19 cases in Wisconsin continued a downward trend on Monday, June 1, based on the latest figures reported by the state Department of Health Services.

Only 4% of all tests reported Monday were positive, the third smallest total in the past two weeks. In total, just over 18,500 people have tested positive in Wisconsin and 595 have died. That was up by three from Sunday.

However, there was a sharp decline in the number of overall tests processed.

Gov. Tony Evers in April set a goal of testing 12,000 people a day for the virus, a target he said was needed before the state could safely reopen. However, on Monday only about 3,600 tests were reported as being completed. That was about half of the 7,300 tests reported on Sunday and more than three times less that the 13,500 that were done on Friday.

Labs in Wisconsin performing tests for COVID-19 have the capacity to process about 15,000 a day, according to the state health department.

Evers and health officials have urged anyone who wants a test to get one. The Wisconsin National Guard is also assisting setting up mobile testing sights across the state. 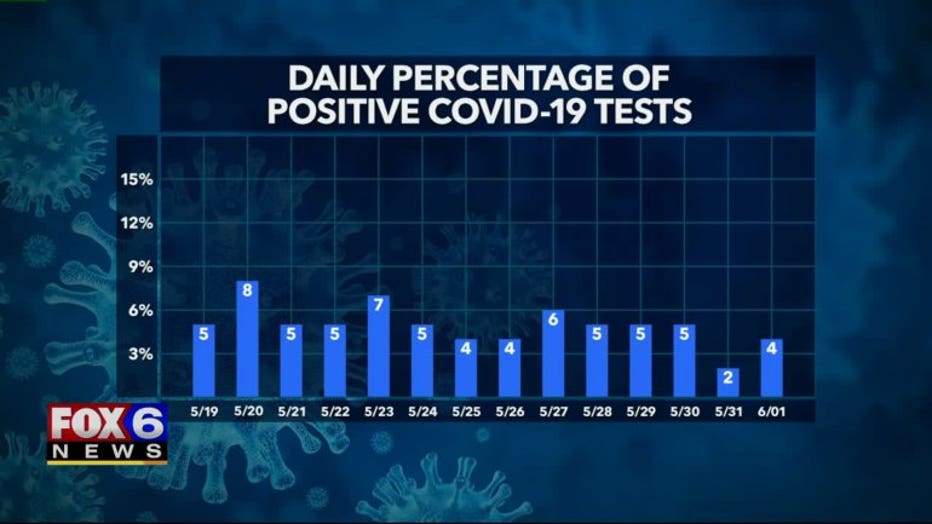 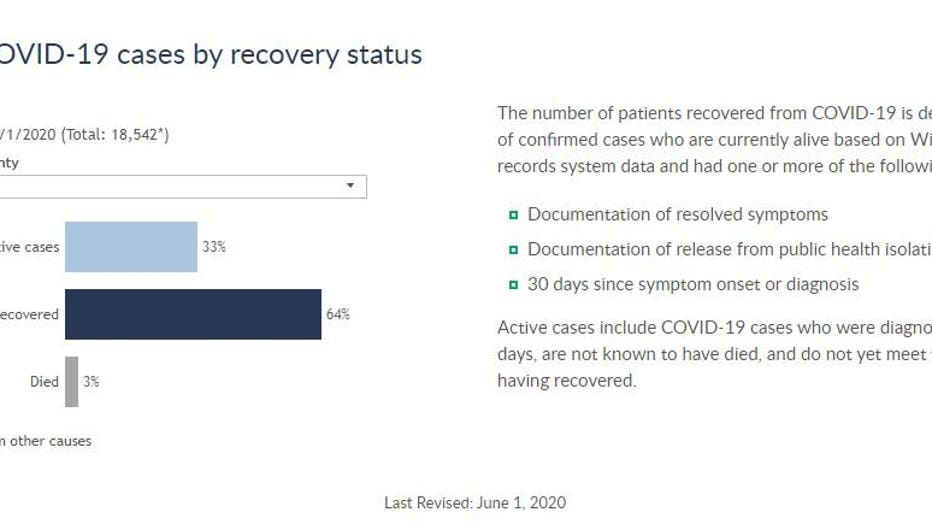