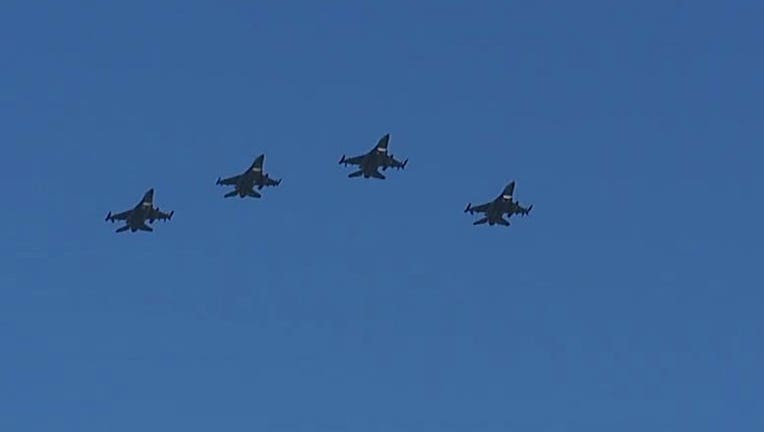 MADISON, Wis. (AP) - The Wisconsin Air National Guard’s 115th Fighter Wing has awarded its first construction contract as it prepares to host a squadron of F-35 fighter jets at its Madison base.

The Wisconsin State Journal reported Saturday that the Guard has awarded a $9 million contact to J.H. Findorff & Son to build a 19,000-square-foot F-35 simulator facility at Truax Field. The work is scheduled to begin in May and last about 18 months.

The contract is the first of 19 construction contracts the Guard anticipates awarding as it prepares for the squadron’s arrival. The deals are expected to cost the Guard about $100 million.

Opponents complain the F-35 will bring noise and other pollution that will disrupt minority and poor residents who live near Truax. A group opposed to basing the planes there has filed a second lawsuit challenging the environmental review that went along with the Air Force's decision to base the fighters in Madison.

Proposed: Sales tax holiday for all of Wisconsin this summer

Should Wisconsin offer a sales tax holiday all summer? A proposal working its way through the legislature would do that at certain businesses.

A Waukesha County QAnon believer indicted this week by a federal grand jury of assaulting and attempting to assault uniformed soldiers last month in Pewaukee pleaded not guilty before a federal judge Friday afternoon.