Assembly votes to require national anthem; heads to Senate next

MILWAUKEE - From T-ball to the pros, a Wisconsin bill could impact what you hear at sporting events across the state – requiring the national anthem be played before games.

The Assembly passed the bill with a bipartisan vote. If signed into law, it would apply at venues where government money helped build – meaning city and county parks and even Fiserv Forum.

The bill state a sporting event cannot take place in such places unless the national anthem is played first.

The national anthem is already hailed at some games in the Badger State, including North Central Little League's (NCLL) All-Star matchups.

"I think they really enjoy it. It’s great seeing the kids lining up, you know, facing the flag, all the families, different generations are singing it along. I think it’s a sense of pride and honor, for the kids," said Anthony Costa, president of NCLL.

But could NCLL offer the Star-Spangled Banner at every game?

"We’re not set up logistically to do that. I’ve got 10-15 teams playing, three different parks, no sound systems, no ability to do that, minus us maybe singing it," Costa said.

The national anthem bill is the work of State Rep. Tony Kurtz, who acknowledges that potential hurdle and others like it.

"Obviously as a big Badgers game, I would certainly hope that you play it. But, yeah, if you’re going to have intermural sports, I’m going to leave that up to them," said Kurtz. "You know a large sports complex in a beautiful community, they could play at the beginning of all the day’s activities."

Kurtz, a 20-year veteran of the U.S. Army, said the spark for the bill was the Dallas Mavericks not playing it.

"So many people want to find reasons not to do it. Why can’t we find reasons to do it?" Kurtz said. "I’m not asking, this is not a hard thing to do. Let’s just have a little reflection of who we are as a people.

"The national anthem to me gets us back to who we are as a people and honoring those who have paid the sacrifice, the blood, sweat and tears." 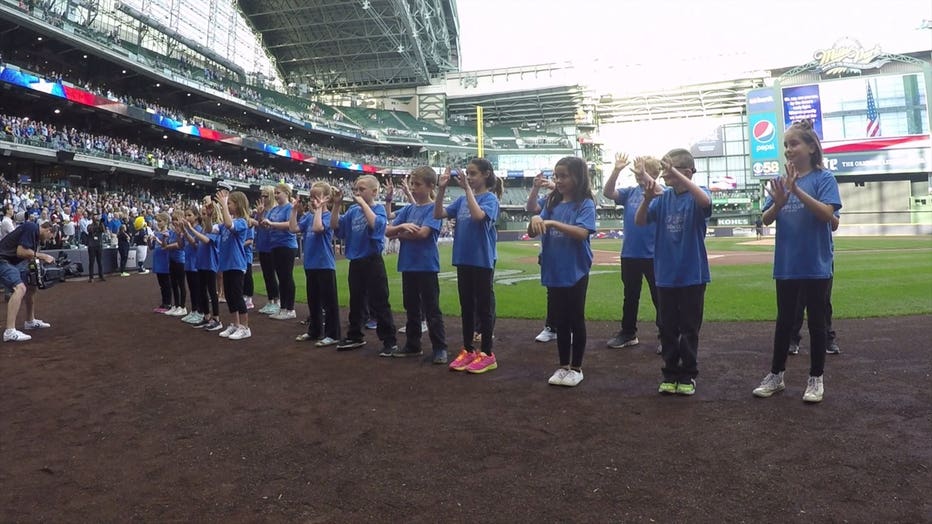 For Kurtz, it could offer unity to a country that is in a "weird place."

"If anything, we need to remember that we are one big family, and we may disagree, but at the end of the day, we’re all Americans," said Kurts. "I think especially right now, we’re losing sight of it."

The bipartisan vote was 74 in favor, with 22 Democrats against it.

"There are so many more important issues to talk about. We have businesses that are closing after decades of service to our communities, we have families that are really in a crunch when it comes to trying to bounce back economically after this pandemic," said State Rep. David Bowen. "To focus on this is really frivolous.

"I think at the end of the day, we’re seeing many schools in MPS and school districts all over Wisconsin that constantly use the national anthem, highlighted as they have their events. I think it’s up to them to have that decision. I don’t think we need to spend a state perspective and focus to do that, many of them are already doing this."

The bill would not fine anyone for not playing the national anthem. It now goes to the Wisconsin Senate, which has not yet held a hearing or a vote. Should it pass the Senate, it would be handed off to the governor.

State law already requires public schools to offer the pledge of allegiance or the national anthem each school day. The statute dictates:

A pair of bills passed by the Wisconsin Senate would make it more difficult to cast absentee ballots – a move voters with disabilities urge lawmakers to reconsider.

Wisconsin families who want to send their children to a private school using a voucher paid for by taxpayers would increase to three times the federal poverty level under a Republican-backed bill passed Tuesday by the state Assembly.