A Wisconsin Marine was knocked down by the concussion of a terror attack at Kabul airport, but he was not hurt according to information from U.S. Rep. Bryan Steil.

MILWAUKEE - A Wisconsin Marine was knocked to the ground by the concussion of a terror attack at Kabul airport on Thursday, Aug. 26. He was not hurt according to information from U.S. Rep. Bryan Steil (R-Wisconsin).

Steil’s office said the Congressman is friends with the Marine’s father, who lives in Walworth County.

"It’s a very difficult week for our whole country. In particular, what we saw play out in Afghanistan," Steil said. "All of our thoughts are with our troops who are in Kabul carrying out a very dangerous and difficult mission."

The Marine was stationed in Kabul to assist with the evacuation – and was about 50 meters away from where the explosion happened Thursday. More than 100 people were killed in the attack, including more than one dozen U.S. service members.

On Friday morning, Aug. 27, the Marine called his father to say he was alive and not injured. 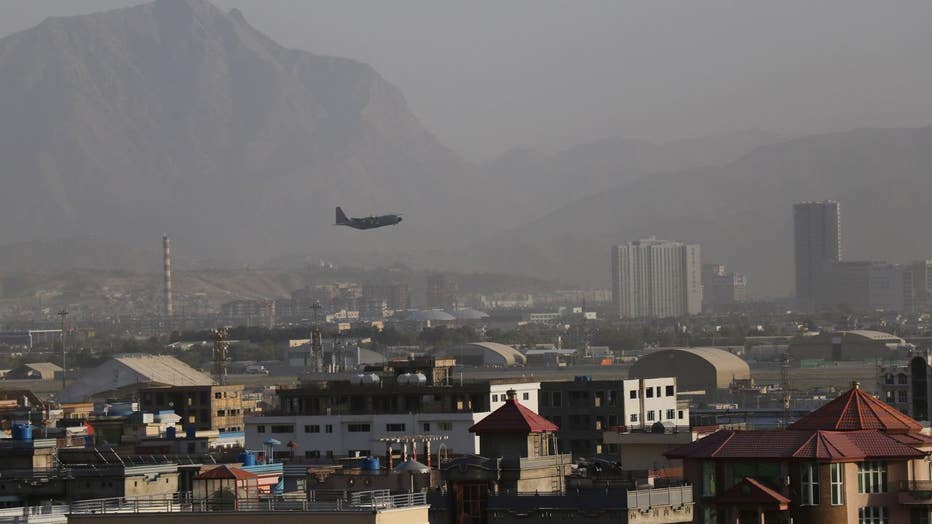 A U.S. plane is seen getting off on Aug. 27, 2021 as evacuation continues a day after an explosion hit crowds outside the Kabul airport in Afghanistan. (Photo by Haroon Sabawoon/Anadolu Agency via Getty Images)

Steil said the Marine's father issued the following in a statement:

"While this was great news for my family, I can’t help but to be heartbroken that there is a dad and mom somewhere that got a knock at their door and received bad news. My son is still there proudly executing his mission alongside his brothers and sisters and I will not rest until they are home. Remember that my son and his fellow service members also feel this loss but due to their important and dangerous mission, they cannot grieve yet. Pray for the families of the service members that fell yesterday and for those still in harm's way."

Officials with the U.S. Department of Defense told FOX6 News that there is no specific information to give about local troops in Afghanistan at this time.

Steil said he is also continuing to talk with the Biden administration about refugees coming to Fort McCoy and what is being done to make sure everyone is well and safe.

The U.S. Supreme Court blocked the Biden administration from enforcing an eviction ban. Resources are available for Milwaukee families who need help.

Wisconsin Legislature Republicans are seeking approval to spend up to $680,000 of taxpayer money to investigate the 2020 presidential election.

The School District of Waukesha is getting national attention for saying no to a federal free lunch program that provides meals to all students.