VIROQUA -- Jason Kiley, Wisconsinite and 2017 winner of "Best in Show" at the World Beard Championships, is shaving off his beard to raise money for the African American Roundtable in Milwaukee.

The African American Roundtable is currently working on a campaign to divest $75 million from the Milwaukee Police Department and reinvest the money into community programs.

Kiley, who lives in Viroqua, has been growing his now two-foot-long beard for seven years. A well-established competitor and first place winner of multiple prestigious beard competitions, he is now allowing donors of his fundraiser to choose which new facial hair option he will sport. 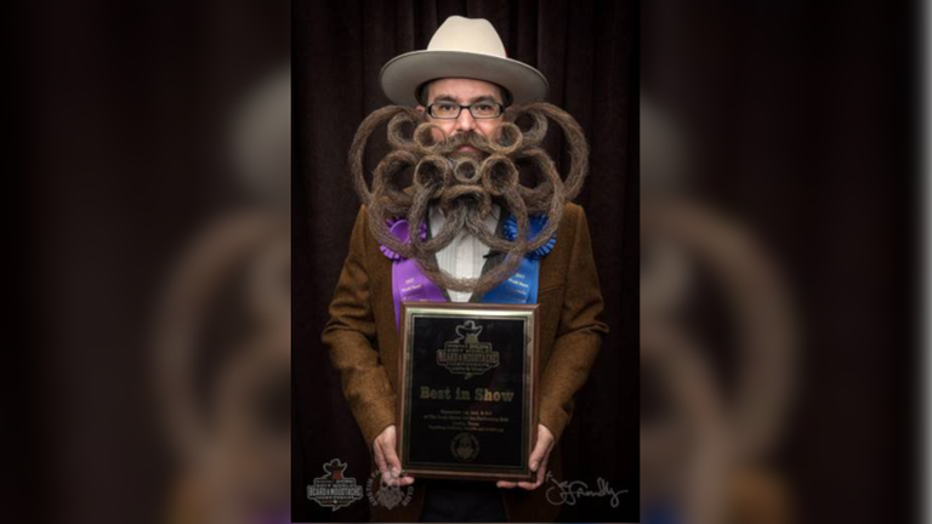 "I am fine with whatever style wins. I am most worried about having just a mustache though. Going down to just a mustache will almost feel like walking around in a speedo," said Kiley. "Ultimately, the goal is to bring awareness of the issues the Black community faces and one of the organizations that is trying to make Milwaukee a safer place to live for Black people."

Kiley's fundraiser will end next week, at which time he will announce which of the five facial hair options won. If he raises $40,000, he says he will shave the entire thing.