MILWAUKEE— Children shouldn't be exposed to lead. Period. That is what the experts say. So why in Wisconsin are some communities waiting to address lead poisoning in kids until it might be too late? 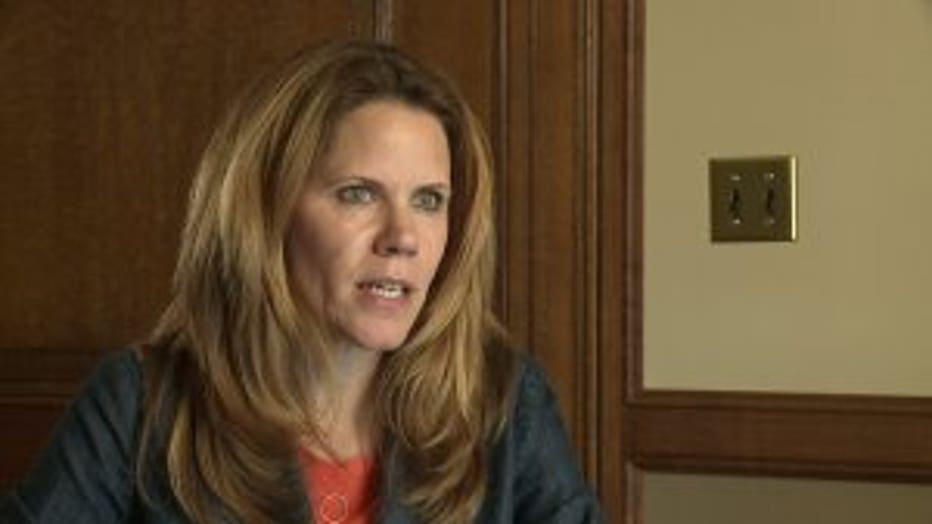 
In Milwaukee, nearly 9% of young children have lead poisoning. That's one of the highest rates of lead poisoning in the entire country. Those numbers have legislators worried and confused about an outdated state law that could be putting kids at even greater risk.

"At the end of the day this is about children, really. This is about keeping kids safe." State Rep. Chris Taylor

"At the end of the day this is about children, really. This is about keeping kids safe," says State Representative Chris Taylor.

When a child is exposed to lead -- from paint, toys, or water, for example -- they don't automatically get lead  poisoning.  The lead has to build up in  their blood stream.  Eventually, it affects their brain and leads to a drop in IQ and major medical problems if left untreated.

But if you're a child in Wisconsin, that diagnosis, and eventual treatment, can be much harder to get.   In Wisconsin, kids aren't considered to  have lead poisoning until their lead levels are twice as high as what the federal government recommends.

"The state has known this for many, many, years," said Rep. Taylor. "That we were not in compliance and the levels that we were saying were okay weren't okay.

I was just shocked that our state knew this, you know, going back four years ago when the CDC lowered their standard and what they consider to be lead poisoning." 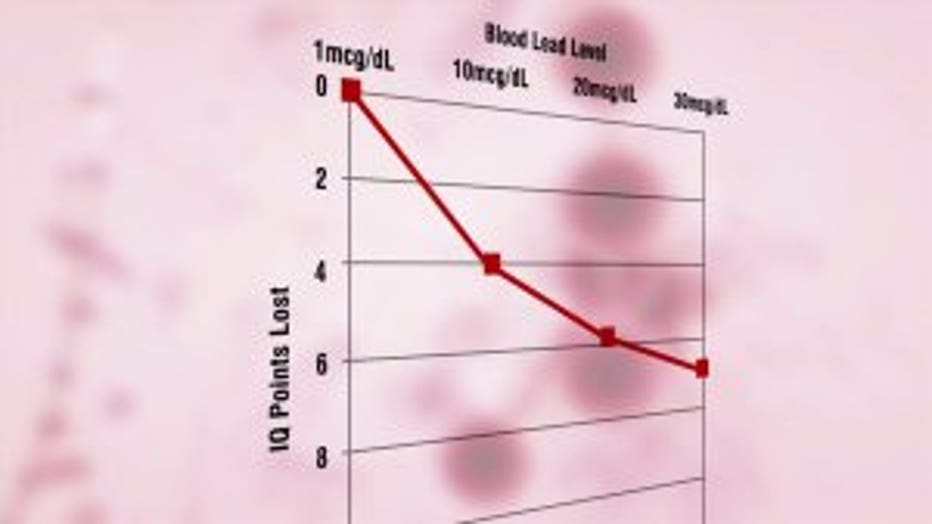 The Center for Disease Control says even small amounts of lead found in children can affect their IQs.

Lead poisoning is measured by how much lead is in your blood. Studies show even a slight change in levels can dramatically affect a child's IQ.

That's part of the reason why, in 2012, the Centers For Disease Control changed what it considers lead poisoning. The CDC cut the number in half from 10 mcg/dL to 5 -- saying doctors and health officials should intervene earlier.

Four years later, Wisconsin's law hasn't changed to keep up with the science or the CDC's recommendations.  "It's unconscionable to me," Rep. Taylor said.

Rep. Taylor drafted a bill, and wrote the Department of Health Services asking why Wisconsin's standards are so out of date.

"And basically I got a  letter back saying we've thought about this for four years, but we haven't done anything about it because we don't have any money," she said, "It's a very pathetic excuse because thousands of kids have lead poisoning."

We asked DHS to talk to us about the letter and the concern the state isn't doing enough to protect all kids, even those with low levels of lead in their blood. 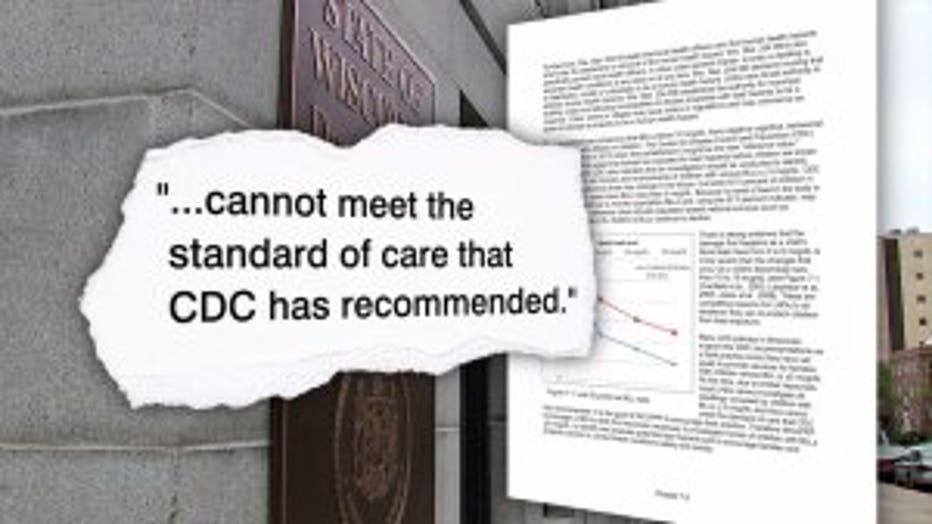 The state admits that because of limited resources, local health departments cannot meet the standard of care that CDC has recommended when it comes to treating children with lead poisoning and preventing long-term health problems.

"It seems like a pretty simple thing. To change the standard, to make sure Wisconsin is in line with the federal regulations. Would you agree that we're out of date?" FOX6's Meghan Dwyer asked Chuck Worzecha, Deputy Administrator for the Division of Public Health for DHS.
"Well I don't think there's anything simple about changing laws, and regulations. I think there's always consequences for any of those changes," Worzecha said.

In the meantime,  local health departments say they are doing the best they can to pick up the slack.

"I think local health departments are real heroes in this area,"  Worzecha said.

The Milwaukee Health Department, for example, is making sure kids get tested when they're young, and then making sure parents are notified of an issue by letter when blood lead levels are still relatively low.

But the state has admitted in its own literature, because of limited resources, "local health departments cannot meet the standards of care that CDC has recommended."

For example, when a child has blood lead level of just  5 mcg/dL -- the federal standard for lead poisoning -- the CDC says local health departments should be inspecting the child's home. In Wisconsin, that's not happening. 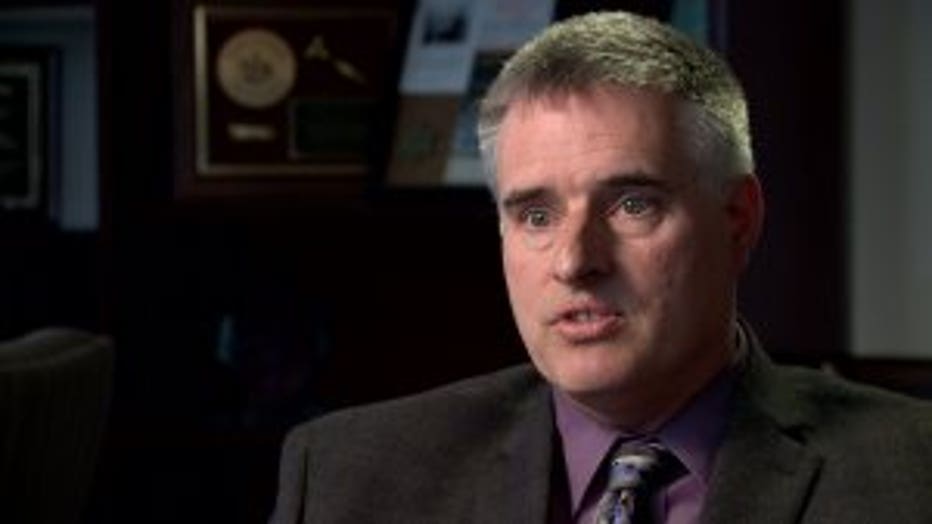 Chuck Worzacha, Deputy Administrator for the Division of Public Health for Wisconsin DHS says local health departments are heroes when it comes to lead poisoning prevention and abatement.

"It's a significant balancing resource issue for local health departments," Worzecha said.
"Is it too expensive? Is that kind of what you're saying?" Dwyer asked.
"I'm saying that we haven't found the most cost effective follow-up mechanism," Worzecha said.

That means a lot of kids, especially in Milwaukee, might not be getting the follow up they need to prevent long-term health problems.

The Department of Health Services has the authority to make a new rule to bring the state's definition of "lead poisoning" in line with the standard set by the CDC. In fact, according to legislative counsel, they are required to do so. But no effort has been made by DHS to conform the state's definition to the CDC standard.

Children are not normally treated for high blood lead levels until tests who levels of 45 mcg/dL. Because lead symptoms show up gradually in children as they age, you will likely not be able to recognize lead poisoning. That's why it's so important to get your child tested often and early.

For more information on how to prevent lead poisoning and help your children, see here.