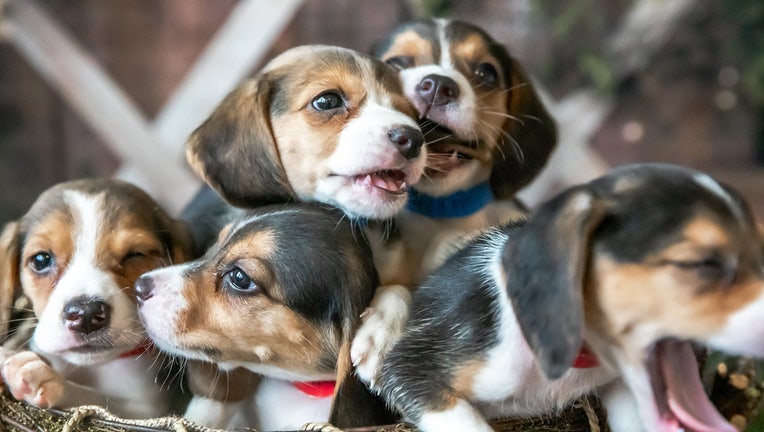 Beagles in care of the Wisconsin Humane Society

MILWAUKEE - The Wisconsin Humane Society (WHS) announced on Tuesday, July 26 it has brought 62 beagles to Wisconsin as part of a group of beagles being removed from a mass-breeding facility in Virginia. The facility riddled with animal welfare concerns, officials say.

A news release says WHS picked up and transported nine beagle mothers and 53 puppies over the weekend as part of the operation. All 62 dogs are currently in WHS foster homes throughout southeastern Wisconsin.

The Humane Society of the United States is coordinating the removal of approximately 4,000 beagles housed at an Envigo RMS LLC facility in Cumberland, VA which bred dogs to be sold to laboratories for animal experimentation. The transfer plan comes as a result of a lawsuit filed against Envigo by the Department of Justice in May, alleging Animal Welfare Act violations at the facility. The release says repeated federal inspections have resulted in dozens of violations, including findings that some dogs had been "euthanized" without first receiving anesthesia, that dogs had received inadequate veterinary care and insufficient food, and that they were living in unsanitary conditions.

The beagles being cared for by the Wisconsin Humane Society will be available for adoption once they are old enough to be placed, and healthy enough for new loving homes. 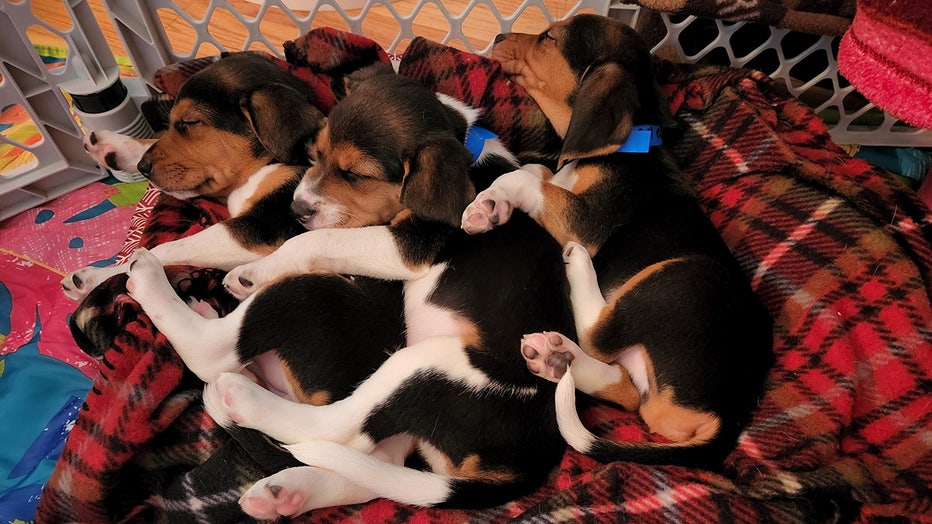 Beagles in care of the Wisconsin Humane Society

Those interested in adoption of the dogs should review the adoption process at wihumane.org/adopt in the coming days and weeks; the website is updated in real time. Those interested in making a donation to help support their care can do so at: https://bit.ly/Beagles2022.