MILWAUKEE - The Biden administration has approved plans from 34 states and Puerto Rico that detail how those locations will roll out their part of an ambitious national electric vehicle charging network. That includes a plan in Wisconsin.

The secretary of the Wisconsin Department of Transportation said the funding is an investment that will enhance the Badger State's EV infrastructure and make the benefits of electrification available to everyone in the state.

Secretary Craig Thompson said the plan will allow EV owners to travel throughout the state knowing there will be opportunities to charge their vehicles.

He said this plan will prepare Wisconsin for the electrification of vehicles, noting that major auto manufacturers are retooling and have announced ambitious plans to transition to producing predominantly electric vehicles in the near future. 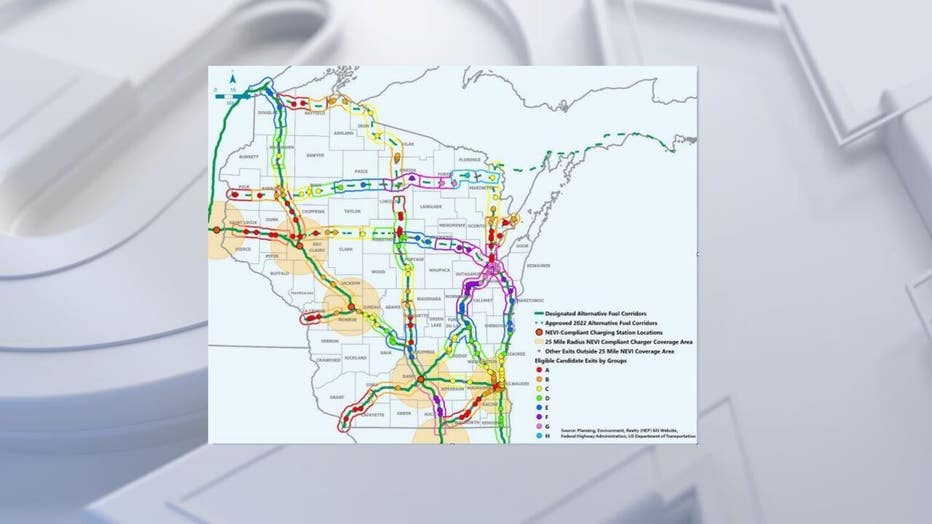 Dane County has the most registered electric vehicles in Wisconsin, at 2,227 as of 2021. Milwaukee County comes in second at 1,320.

The Biden administration's approval means $900 million in National Electric Vehicle Infrastructure (NEVI) funding will start flowing to states under President Biden’s infrastructure law to create a national fast-charging network for electric vehicles. Building out a reliable and convenient network is critical to spur more adoption of the technology, which is itself key to reducing greenhouse emissions that cause global warming.

In practical terms, it means residents in some of the states could see more charging stations start popping up along major travel corridors as early as next summer.

Biden has a goal of ultimately installing 500,000 chargers across America and building a network of fast-charging stations across 53,000 miles of freeways from coast to coast. 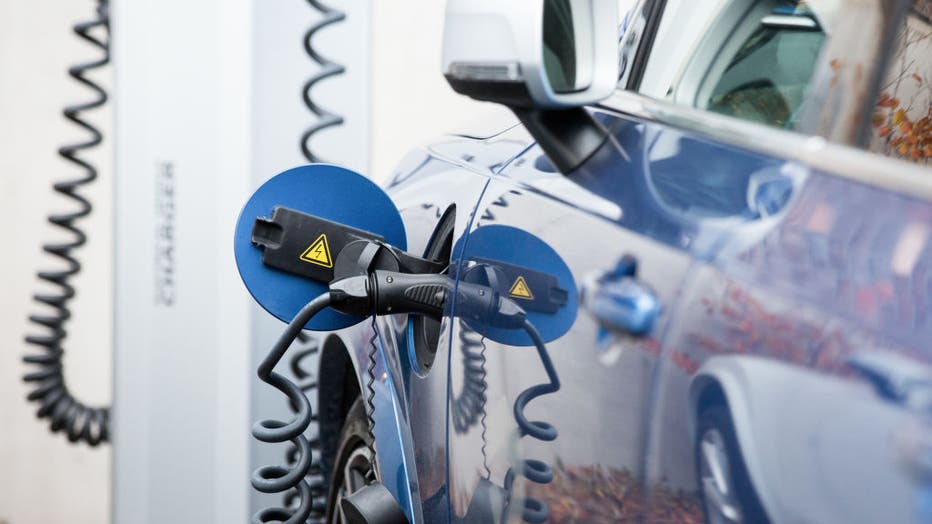 Experts say the federal dollars should kickstart more involvement from the private sector to fill in the gaps for EV charging across the U.S.

Last year, electric cars were about 5% of new vehicle sales in the U.S. and made up about 0.9% of all vehicles in the nation.

Which states' plans were approved?

What about the other states?

If a state’s plan is not listed, it doesn’t mean that it won’t be approved. The Biden administration is reviewing the plans with the goal of getting to all of them by Sept. 30. States that submitted plans earlier got a first look.

Are there any limitations on how the money can be used?

This funding is specifically for installing the most powerful chargers along major freeways that connect states. The goal of the NEVI program is to eliminate concerns about running out of power in the middle of a long trip — a worry that currently keeps many people from purchasing electric vehicles or using them on long road trips. 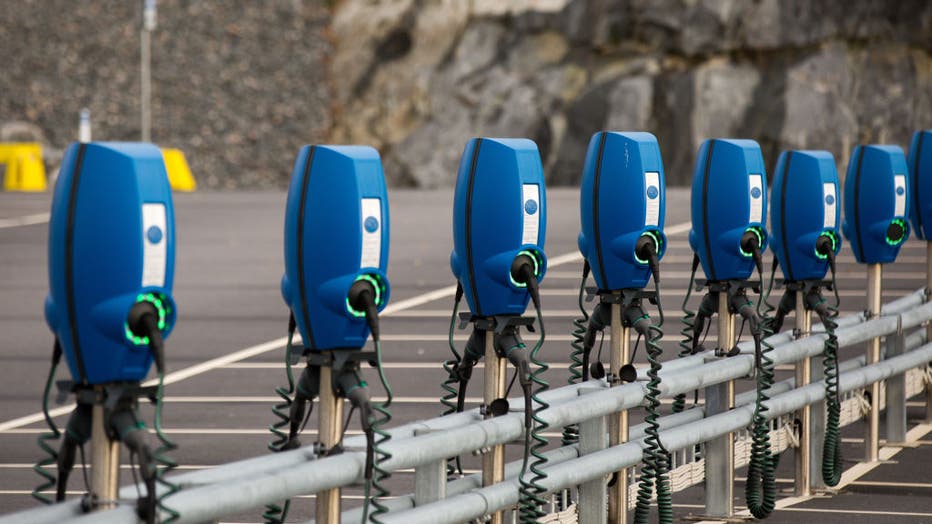 Under proposed guidelines, states would be required to install at least one four-port fast-charging station every 50 miles on these corridors and ensure they are within one mile of an off-ramp to address that issue.

Are there any concerns from states over how the money will be spent?

Yes. A number of states with larger rural areas have raised concerns about proposed guidelines that would require a charging station every 50 miles. These states say there isn’t the electric infrastructure or demand to support stations in some areas. These states were allowed to ask for exceptions as part of their plan and many were granted by the Biden administration with a one-year window.

How is my state doing right now on its EV network?

What about electric vehicle charging networks that aren't on highways?

Industry analysts and state and local officials say the private sector and public-private partnerships will also be crucial in deploying a sufficient EV charging network as more states transition away from gas-powered vehicles.