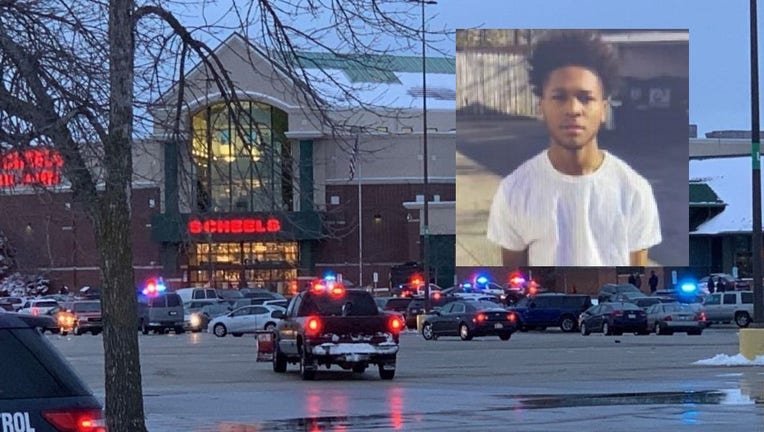 APPLETON, Wis. - A man convicted in a fatal shooting at a suburban Appleton mall was sentenced on Tuesday, Feb. 1 to 40 years in prison.

The Outagamie County sentencing comes a year after 18-year-old Dezman Ellis shot and killed Jovanni Frausto during a dispute about a girlfriend at the Fox River Mall's food court. A bystander, Colt Lemmers, was injured. Ellis fled the mall in a car with friends and was arrested days later in Iowa.

The 19-year-old Frausto suffered a wound to his chest and an exit wound through the back. He was taken to a hospital where he was pronounced dead. An autopsy determined the cause of death to be two gunshot wounds.

In an agreement with prosecutors, Ellis earlier entered no contest pleas to second-degree intentional homicide and first-degree reckless endangering safety.

He was initially charged with first-degree intentional homicide in Frausto's death, a charge that carries a life sentence.

The shooting on Jan. 31, 2021 drew dozens of law enforcement officers to the mall, some who led shoppers to safety.

A vigil was held Monday evening, Jan. 31 in remembrance of a pedestrian killed in a hit-and-run.

Menomonee Falls police are looking for a woman who stole more than $400 worth of merchandise from Target on Shady Lane.