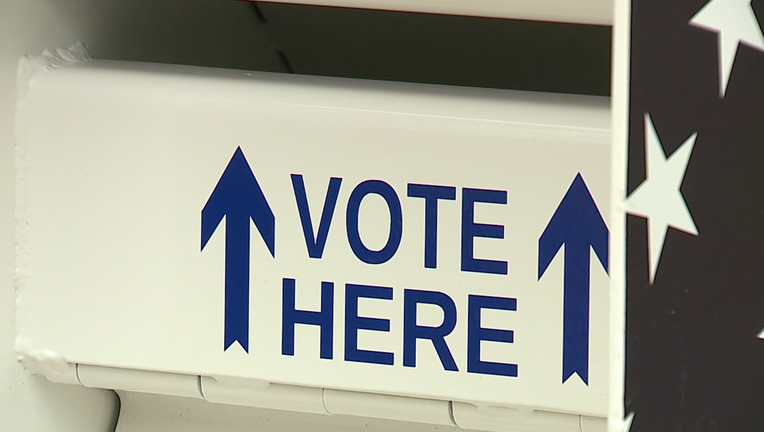 Advocates and those with disabilities said the two measures put people with physical challenges at a particular disadvantage. Disability Rights Wisconsin estimates that 23% of registered in voters in the state have some sort of disability, based on data from the American Association of People with Disabilities.

"Ultimately, they’re harming a very large minority," said Stephanie Birmingham, who has the condition osteogenesis imperfecta and uses a wheelchair. Birmingham, who lives in Sturgeon Bay, joined others on a virtual news conference to speak out against the bills.

One of the measures that the Wisconsin Senate passed on Tuesday would prohibit anyone other than a member of a voter’s immediate family or a legal guardian from returning a completed absentee ballot for another person. Violators would be guilty of a felony.

That is a particular hardship for people who may not have an immediate family member alive or nearby to return a ballot, said Melanie Ramey, of Madison, who has low vision due to macular degeneration. It could also make it more difficult to find someone willing to return a ballot because doing so would carry the risk of being charged if a person doesn't have the appropriate paperwork, said Andy Thain, of Thorp, who has cerebral palsy.

"That’s going to dramatically reduce my options and make it more difficult to vote," Thain said.

Republican Sen. Duey Stroebel, the bill’s sponsor, responded to the criticism by noting that voters still have the option to return an absentee ballot by mail. Stroebel said he wanted to prevent the practice known as "ballot harvesting," where political parties systematically collect absentee ballots from voters.

Supporters of the bill also note that other states have more restrictive laws, including some that permit only the voter to return the absentee ballot.

Ramey urged lawmakers to focus on measures that would make it easier for "some of Wisconsin's most vulnerable citizens" to vote.

"Someday, they will become senior citizens and they may have age-related disabilities," Ramey said, referring to legislators who support the proposed voting restrictions. "Perhaps tomorrow they will be in a car accident and end up in a wheelchair. How would they deal with these atrocious bills?"

Under a second bill the Senate passed, local elections officials would be barred from filling out missing voter information or making corrections to absentee ballot certificates, which also serve as the envelopes that voters use to return ballots. Donald Trump, in his failed attempt to overturn President Joe Biden's win in Wisconsin, tried to discount 5,500 absentee ballots that clerks had made changes to in the Democratic strongholds of Milwaukee and Dane counties.

The small print on ballots is often a challenge for people who have vision problems, leading to minor mistakes or missing information on absentee ballots that clerks can easily correct, said Barbara Beckert, director of Disability Rights Wisconsin and the Wisconsin Disability Vote Coalition.

Republican Sen. Alberta Darling, who introduced that bill, did not immediately reply to a message seeking comment Wednesday.

Both bills would need to pass the Assembly and be signed by Gov. Tony Evers before they could become law. Evers, a Democrat, is expected to veto the measures, but voters with disabilities and their advocates said they fear the proposals could return.

"Our goal is to insure that legislators take another look at these bills and they realize there would be consequences they may not have considered," Beckert said. "We’re looking at the long term here."

The survey found a majority of Wisconsin residents want officers to wear body cameras. The state's largest police union and others see the results as a good starting point.