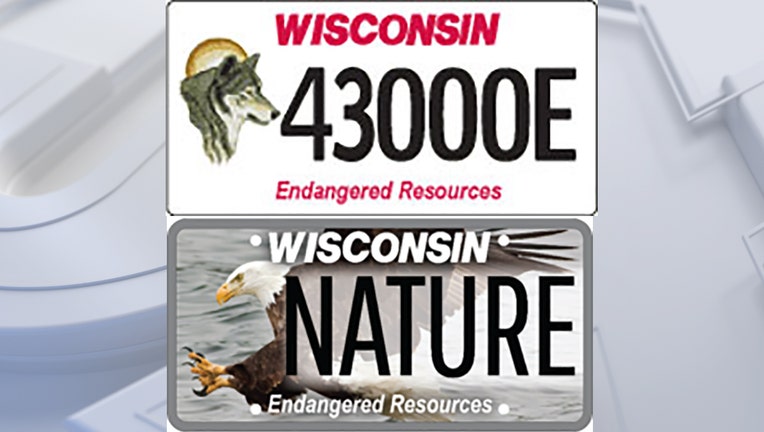 MILWAUKEE - The Wisconsin Department of Natural Resources (DNR) is offering a $25 rebate on new purchases of the Endangered Resources license plate now through Dec. 31, 2021.

Sales from the Endangered Resources license plate help protect Wisconsin’s rare species in need such as the state’s native cave bat population. Wisconsin is home to four cave bat species, all of which have been in steep decline since the discovery of white-nose syndrome, a fungal disease that causes extensive mortality in the species, in the state in 2014.

Since 1995, sales from the Endangered Resources license plates have played a critical role in funding DNR conservation work for more than 400 wildlife species and 300 plant species listed as endangered, threatened or special concern. Wisconsin’s Endangered Resources Program works to identify, protect and manage native plants, animals and Wisconsin’s natural communities from the common to the critically endangered.

Revenues from plate sales, along with tax form donations and state matching funds, have accounted for up to 40% of funding for endangered species conservation in some years, and has supported the recovery of bald eagles, trumpeter swans and other species while preventing hundreds of other species from vanishing from Wisconsin. In 2020, the Endangered Resources license plate sales raised $434,463 for conservation of endangered resources.

"We want to make it more accessible for anyone who wants to participate in the conservation of Wisconsin’s rare and endangered species to do so. The Endangered Resources license plate rebate offer is a great opportunity to join our team of caretakers," said Drew Feldkirchner, DNR Natural Heritage Conservation director. "The $25 rebate makes it easier for people to help protect Wisconsin’s cave bats and countless other native species in need."

How to buy, get rebate

The rebate offer is available through Dec. 31, 2021 for people who buy new Endangered Resources license plates, or for current plateholders who switch from one plate design to another. License plates can be purchased at any time and there is no need to wait for registration renewal.

To buy a new plate, fill out the WisDot Endangered Resources License Plate Application Form (WisDOT form MV2858) and download and print off a $25 rebate coupon from the DNR’s website. Please allow up to six weeks for processing the rebate checks.

Video: Elk in Wisconsin Rapids gets police 'escort' through town

Hoping to avoid any potential accidents, Wisconsin Rapids police recently escorted an elk down 8th Street after it began crossing through lanes.