MILWAUKEE -- After the April State Supreme court election led to a letdown for state Democrats, following last fall’s sweep of Democratic candidates into statewide offices, the Democratic Party of Wisconsin rallying its members this weekend at its annual convention for what it sees as a decisive interim ahead of the city hosting the Democratic National Convention, and the 2020 general elections.

Gov. Tony Evers, along with US Sen. Tammy Baldwin and Rep. Gwen Moore, addressing the hundreds of delegates at Potawatomi Hotel and Casino Saturday evening. Evers, who defeated incumbent Republican Gov. Scott Walker last fall, taking a swipe at the drought of a seated Democratic governor addressing the party confab.

“Holy mackerel,” said Evers. “Well, I guess it’s about time we had a keynote speaker at convention who’s a Democratic governor from Wisconsin.” 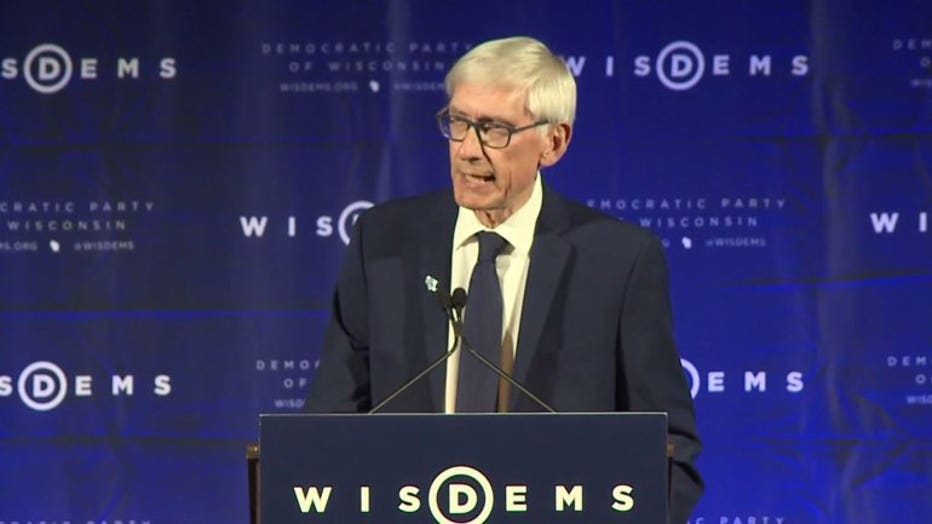 Evers echoing planks put forward by party office candidates and delegates, protecting the Affordable Care Act, fixing roads, and ensuring the state’s economy works for all Wisconsinites. But not shying away from the work that needs to be done to ahead of the 2020 presidential election and state supreme court race. 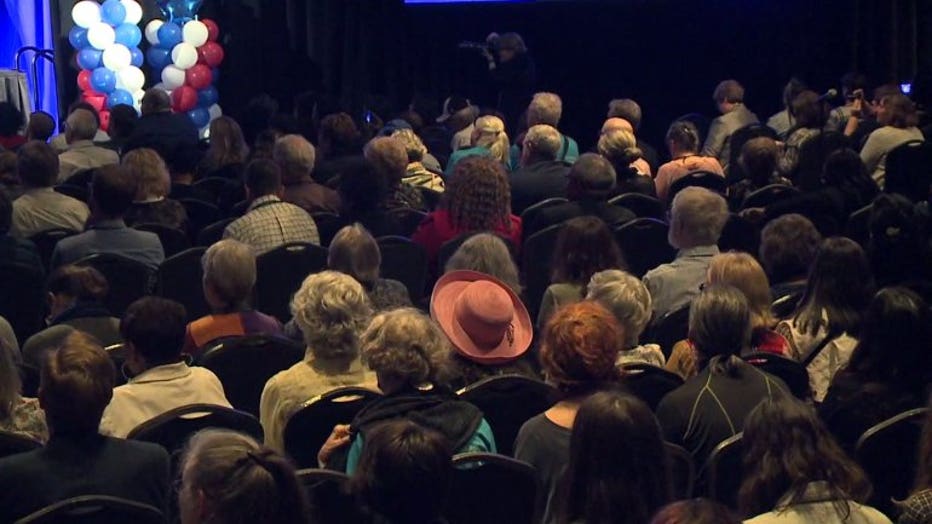 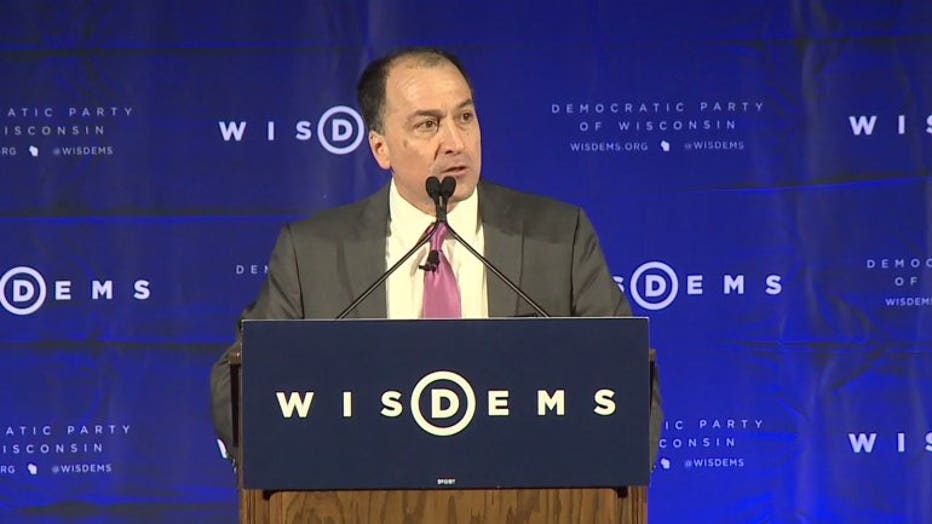 "We can all see the corroding effect of big money on our judicial system. It is time for us to restore a sense of justice and honor to our courts," said Karofsky. "I’m truly astonished the fundamental rights of women are still under assault."

"My friends, the first three words of the constitution are we the people, they are not we the corporations, or we the powerful, or we the special interests," said Fallone, who lost in the 2013 supreme court race to Patience Roggensack, who was re-elected as Chief Justice this past April.

With the city of Milwaukee preparing to host the next year’s Democratic National Convention, amid a widening democratic presidential field, Mayor Tom Barrett urged those filling the convention hall to push forward. 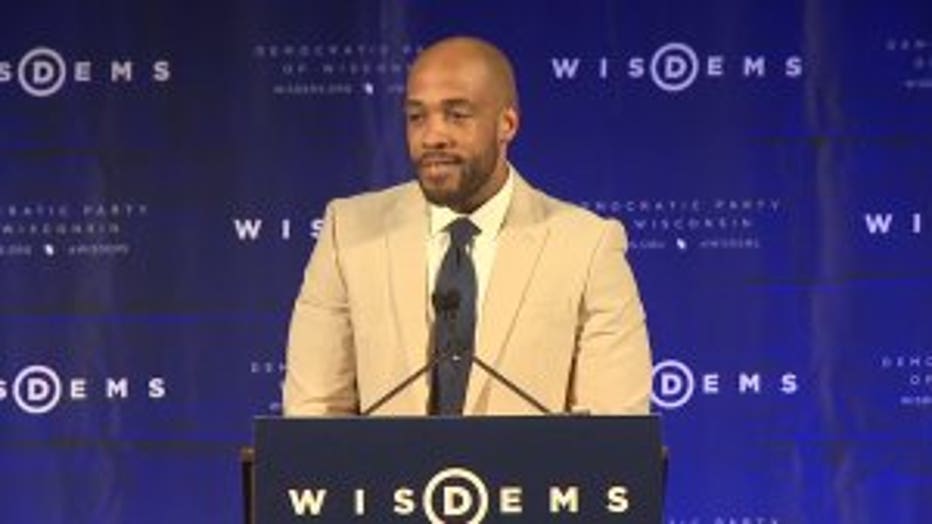 "So I feel good, you should feel good, and you should continue to work because what we showed in 2018, with Tony Evers, and (Lt. Governor Mandela Barnes), and (U.S. Senator Tammy Baldwin), and everyone else, is if we get our voters out there, we will win these elections," said Milwaukee Mayor Tom Barrett. 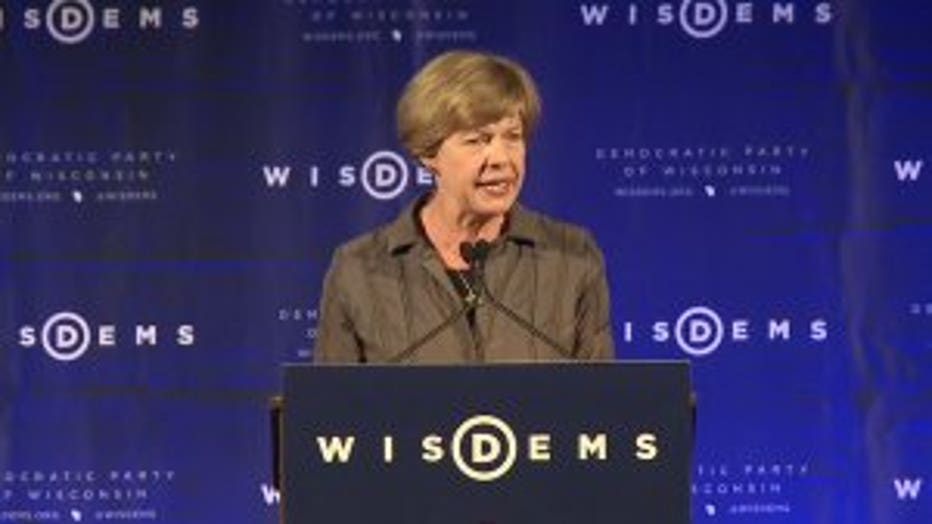 Khaleel, who lives in Madison, said he hopes whomever the 2020 democratic presidential candidate is – and those seeking state and local offices – embrace real solutions for real problems facing Wisconsinites. And that candidates need to campaign in the places they hope to get votes.

“It’s not a hot take here in Wisconsin: Secretary (of State and 2016 Democratic Presidential candidate Hillary) Clinton didn’t show up during the general (election). And that made a huge difference. People need to show up. Showing up is the first step, but need to actually talk about what people are really going through and tell people, show people, how you’re going to make their life better.”

Some delegates seeing optimism ahead of the 2020 election cycle, but recognize the difficulty of taking on progressive policies, such as healthcare for all, when there are more attainable, short-term solutions. Khaleel and delegate Robyn Anderson, from Sturgeon Bay, in agreement that advancement of the party’s policies means reaching out to all communities -- and people -- across the state, and having lasting conversations with them.

“Everybody needs help with: healthcare, representation, and looking at our laws to be sure they’re fair for everyone and we’re not imprisoning people we shouldn’t be,” said Anderson. “Healthcare for all is a great idea. It’s going to take time. Meanwhile, Obamacare for the middle class is expensive and we really need to look at that, and figure out how we help people now with their healthcare.” 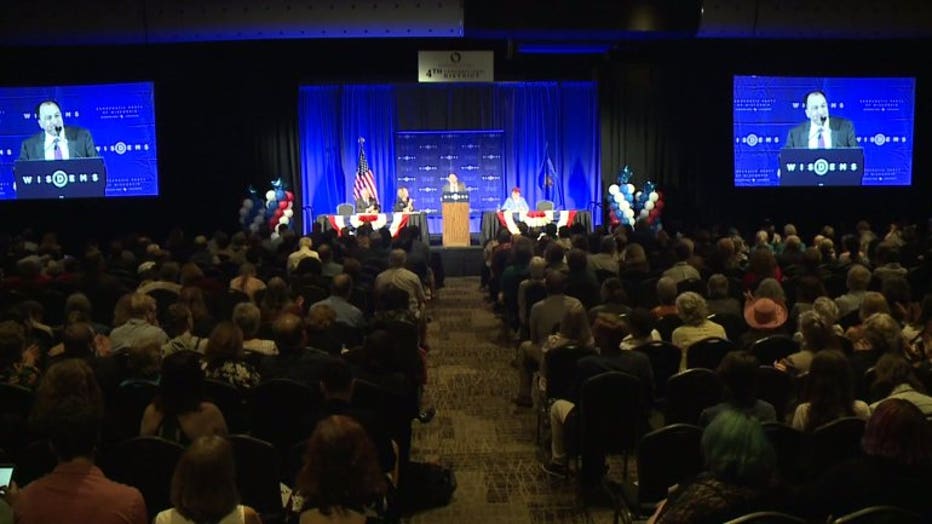