The Wisconsin Assembly approved a package of Republican-authored bills on Thursday that would dramatically expand gun rights in the state, moving forward with the proposals even though Democratic Gov. Tony Evers will almost certainly veto them.

MADISON, Wis. - The Wisconsin Assembly approved a package of Republican-authored bills on Thursday that would dramatically expand gun rights in the state, moving forward with the proposals even though Democratic Gov. Tony Evers will almost certainly veto them.

Assembly Democrats railed against the bills during a news conference before the floor session began, saying the measures would make the state more dangerous.

"Today we vote on bills that will bring guns to our school grounds, a bill that will allow high school seniors to carry concealed weapons and a bill permitting people from out of state who would normally fail a criminal-background check to carry guns in Wisconsin. As a parent, as a teacher and as a citizen, this is terrifying," Rep. Deb Andraca, an elementary school teacher and a volunteer with Moms Demand Action for Gun Sense, a group that works to reduce gun violence.

Republicans defended the proposals at their own pre-session news conference. 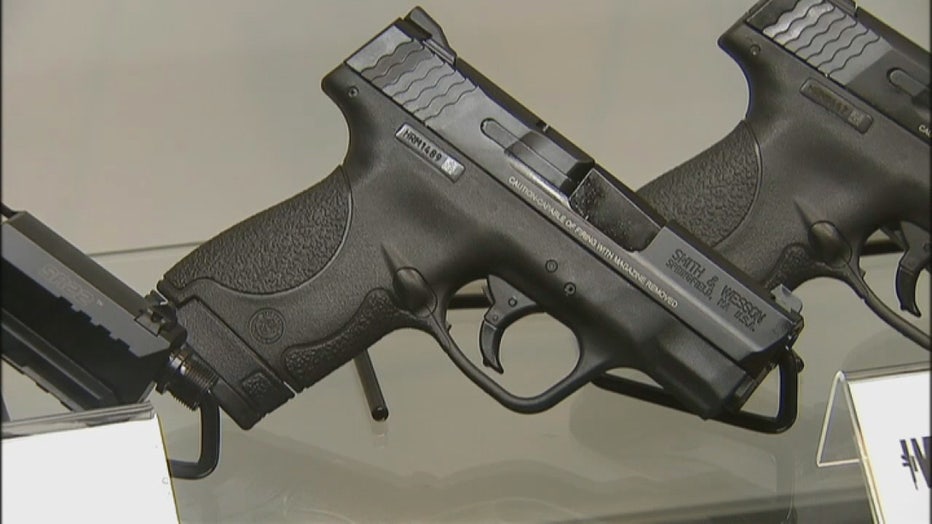 "Our Second Amendment rights, those are just critically important to everybody across Wisconsin," said Rep. Shae Sortwell, who is the chief Assembly sponsor for the bill that would lower the concealed carry age. "(We want to) make sure that every adult American, whether they are visiting Wisconsin, whether they are living in Wisconsin, has the same rights under the law."

The Assembly passed all four bills on voice votes, sending them on to the Senate. Evers almost certainly will veto the bills if they reach his desk. Evers called a special legislative session on gun control in 2019 only to see Republicans gavel in and gavel out within seconds. Meanwhile, gun violence continues to increase; the Milwaukee Homicide Review Commission tallied 857 nonfatal shootings in that city in 2021, which was nearly 14% more than in 2020 and 93% more than in 2019.

But Republican legislators face reelection in 10 months and are looking for ways to please their base supporters and give themselves talking points on the campaign trial. Voting on gun rights delivers on both counts regardless of whether the bills become law.

The bills' supporters bemoaned that under Wisconsin's current laws, gun owners who forget their weapons in their cars could be charged with a felony if they drive onto school grounds to drop off or pick up their children

They also contend that 18 year-olds can legally possess handguns so they should be allowed to carry concealed and churchgoers should be allowed to go armed so they can defend themselves if they're attacked during services. As for out-of-state concealed carry licenses, they say current law is confusing and requires people to navigate a maze of red tape.

Milwaukee police are investigating a shooting that occurred Wednesday, Jan. 19 near Holton and Locust.

COVID vaccine tampering; Wisconsin bill would make it a felony

Intentionally damaging vaccines would be a felony in Wisconsin under a bill with bipartisan support that the state Assembly is scheduled to approve Thursday, Jan. 20.