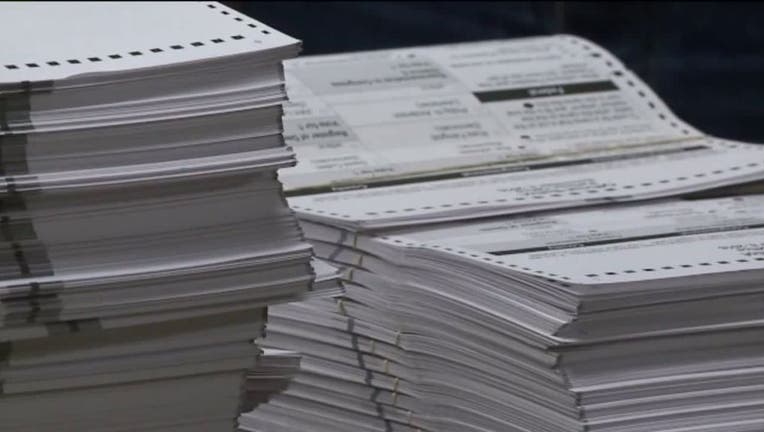 MADISON, Wis. (AP) - The Republican-controlled Wisconsin Assembly passed a resolution Tuesday, March 23 to authorize an investigation into the 2020 presidential election that President Joe Biden narrowly won in the state.

The resolution, opposed by Democrats, is needed to give the committee authorization if it decides to issue subpoenas to compel testimony and gather documents, said Rep. Joe Sanfelippo. He is vice-chairman of the Assembly elections and campaign committee that would conduct the probe.

President Biden defeated incumbent Donald Trump by fewer than 21,000 votes in Wisconsin. The election outcome was affirmed by a partial recount and several lawsuits brought by Trump and his allies alleging wrongdoing were rejected by state and federal courts, including the U.S. Supreme Court. No significant problems were found with the state’s voting machines after audits and recounts in both 2016 and in 2020.

The resolution authorizing the investigation passed on a 58-35 party line vote, with all Republicans in support and all Democrats against. It passed after Republicans last month ordered an audit of the election results.

Republicans said they wanted to gather more evidence to see if laws were broken, but Democrats said they were trying to score political points, undermining the public's faith in elections and insulting election clerks, poll workers and others who ran the election.

Earlier this month, Republicans raised new questions about how the election was administered in Green Bay. The Assembly elections committee held a hearing on those issues, but did not invite any election officials accused of wrongdoing to testify. Green Bay Mayor Eric Genrich called it a "Stalinist show trial" and defended his city's handling of the election.

Sanfelippo said at a news conference Tuesday that he hoped the committee would not need to subpoena anyone to testify, a power that hasn't been used by a legislative committee in at least half a century. He said it was in everyone's best interests to be open and forthcoming.

Assembly Republicans have also introduced a series of election-related bills that would address many of the issues raised by Trump and his supporters. The bills would limit the number of ballot drop boxes; require absentee voters to provide an ID for every election; limit who can automatically receive absentee ballots for every election; prohibit election officials from completing missing information on the certification envelopes returned by voters that contain absentee ballots. and create more paperwork for those who vote early in clerk’s offices.

Wisconsin lawmakers on Tuesday, March 23 responded to questions about legislative options to enact gun reform in the state.