MADISON — About two-thirds of the Wisconsin Assembly's 99 members participated remotely in a virtual session Tuesday to vote on a coronavirus response bill, the first time lawmakers have gathered since the pandemic.

The session took place in the Assembly chamber as usual, but due to concerns about spreading the virus, many representatives attended via videoconference. The Senate was to hold a similar session on Wednesday to send the bill on to Democratic Gov. Tony Evers.

It marked the first time in Wisconsin's 172-year history that lawmakers convened a session with members participating remotely. Legislative rules require lawmakers to be present to debate and vote on bills. However, a law passed in 2009 allowed for holding virtual sessions during disasters.

One section of the Assembly gallery was open to the public, with only 14 seats available and each spread out 6 feet apart. Public seating, also 6 feet apart, was available in the rotunda with speakers and TVs tuned to WisEye, the Legislature's version of C-SPAN. Two large TV screens, tuned to Skype, were set up on the Assembly chamber floor.

The session got off to a slow start as Chief Clerk Pat Fuller tried to call the roll. Lawmakers joined from their kitchens, Capitol offices and home offices and struggled to unmute themselves and register their attendance before Fuller moved on to the next legislator. Some seemed amused at the setup, smiling and waving to the camera. Others stared at the screens in silence, apparently unable to hear or to figure out how to be heard. 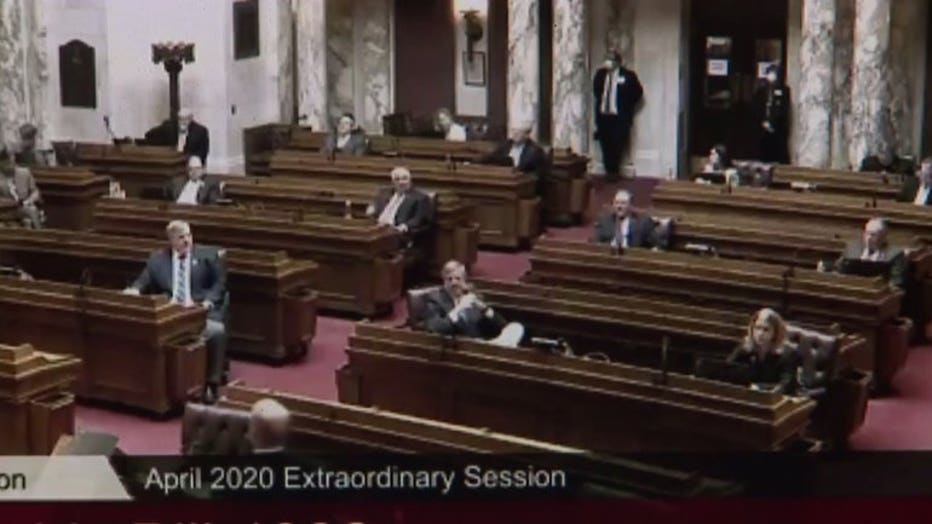 Republican Assembly leaders predicted bipartisan support for the bill. It largely ensures that Wisconsin can capture the $2.3 billion coming to the state under the fzederal stimulus bill, including higher Medicaid payments and unemployment benefits.

Under the bill, the Legislature's budget committee would be allowed to allocate up to $75 million in funding during the public health emergency and up to 90 days after it ends.

The measure also would waive the state's one-week waiting period to receive unemployment for anyone who applies between March and Feb. 7, 2021; ban certain insurers from prohibiting coverage based on a COVID-19 diagnosis; ease licensing and credentialing for health care workers; reduce nurse training hour requirements; and render health providers immune from civil liability for services provided during the pandemic.

Evers did not say Monday whether he supported the bill, saying he had not reviewed it, but he was hoping it wouldn't be the last action taken by the Legislature to offer aid during the pandemic.

Nineteen states had allocated more than $3 billion to respond to the pandemic as of Friday, according to the National Conference of State Legislatures and the Wisconsin Policy Forum. 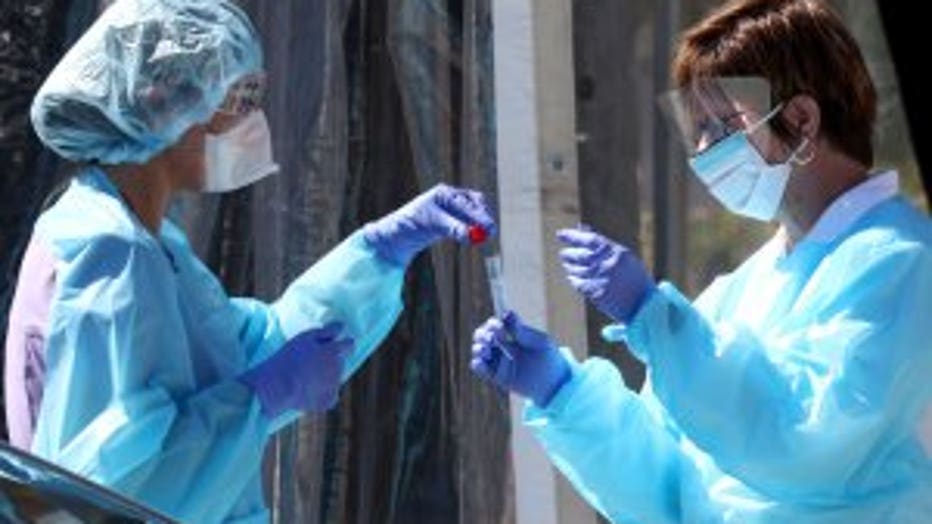 As of Tuesday, COVID-19 had killed 170 people in Wisconsin and infected more than 3,500. Among those who contracted the virus and recovered is Democratic state Rep. David Bowen, of Milwaukee.

“The COVID-19 crisis requires a state government that can be responsive to the needs of our state and the many unforeseen challenges in the days ahead,” the Democrats tweeted.

The caucus tried to add provisions to help pay child care costs for “critical workforce members," give child care providers hazard pay, and pump an additional $5 million into tourism efforts and an additional $60 million into the University of Wisconsin System. They also tried to amend the bill to declare that every election in 2020 be conducted by mail with in-person voting only for people unable to cast absentee ballots. Republicans refused to postpone the April 7 election or move it to an all-mail basis, drawing cries from Democrats that the GOP was forcing people to go to the polls and risk infection in hopes of suppressing turnout.

Republicans tabled the amendments without any debate in roll call votes that took about half-an-hour to complete as Fuller checked with each legislator individually to get votes and record them. Normally lawmakers simply buzz green or red from their seat and the roll call is recorded automatically.

After the vote, the chamber broke for a recess.