On the eve of the primary, Adam Steen, candidate for the 63rd Assembly District, hoped "toss" the incumbent, Assembly Speaker Robin Vos, which led to an event political experts said they've never seen before.

BURLINGTON, Wis. - Slingshots and scarecrows are normally saved for fun on the farm, but on Monday night, Aug. 8, they entered the world of Wisconsin politics.

In the Village of Rochester, one of the races in Tuesday's primary heated up. As soon as 7 a.m. Tuesday, voters in the 63rd District can head to the polls and cast their ballot.

On the eve of the primary, Adam Steen, candidate for the 63rd Assembly District, hoped "toss" the incumbent, Assembly Speaker Robin Vos, which led to an event political experts said they've never seen before.

In a backyard field in Burlington, the political ground game took on new meaning. 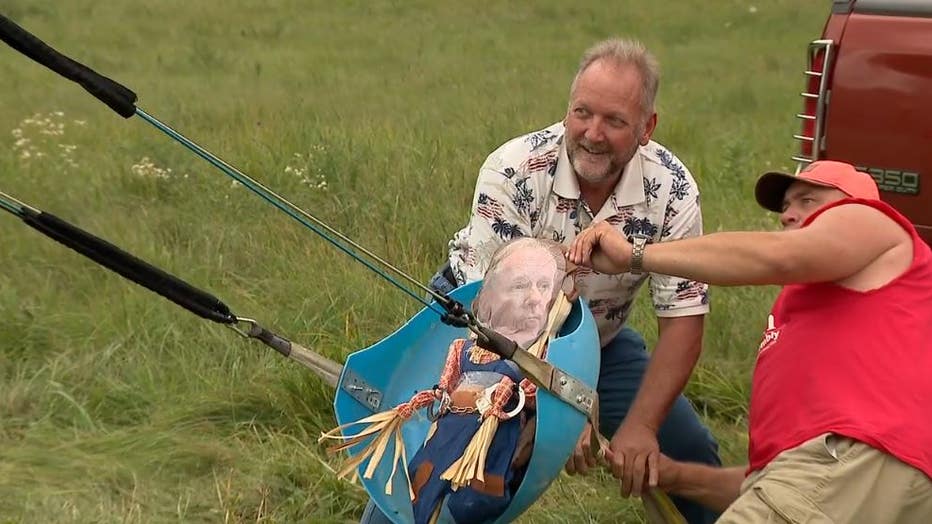 "That's all it is. It's 100% for fun so that we can actually enjoy all the work that we've put into this point," said Steen.

Fresh off an endorsement from former President Donald Trump, Steen said his hope was that this event would be symbolic of what's to come – the chance to oust Speaker Vos, the most powerful Republican in Wisconsin, from office.

Only Monday, the toss involved a hand-made slingshot and scarecrows with photos of Vos' face taped on.

"No one here has any ideas of hurting anyone, but as you can see, they're kind of having a lot of fun," said Steen. 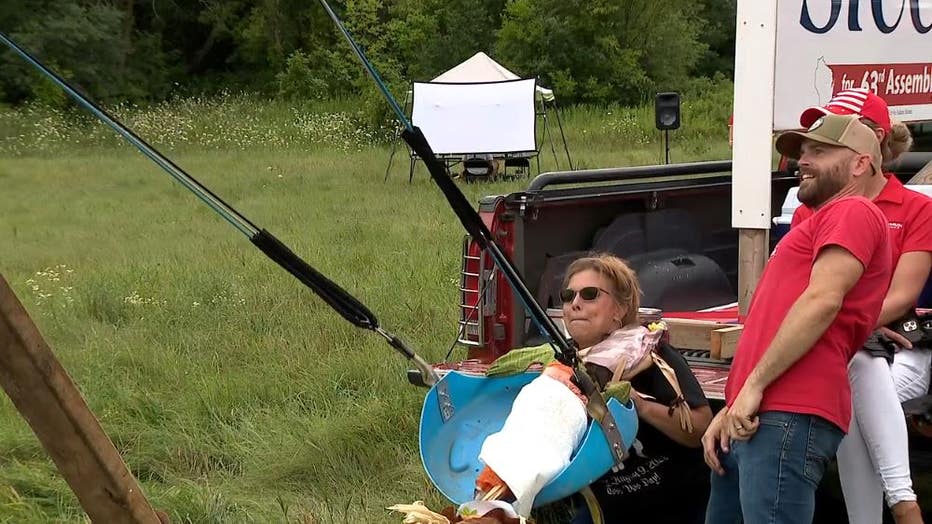 It wasn't fun for everyone. In a statement to FOX6, Vos was critical of Steen's event on the eve of the primary saying his opponent chose to engage in an immature publicity stunt that confirms he is not ready to hold public office.

"He suddenly has the spotlight and the searchlight, not just of the Milwaukee media but even the national media, and he's trying to take advantage of it," said UW-Milwaukee Professor Emeritus Mordecai Lee.

Lee said he sees it as "unusual circumstances" but said the 63rd Assembly race is really now a showdown between two sides of the party.

"There's no middle ground. You're either a Trump Republican or, I guess you would say, an old-fashioned Republican," Lee said. 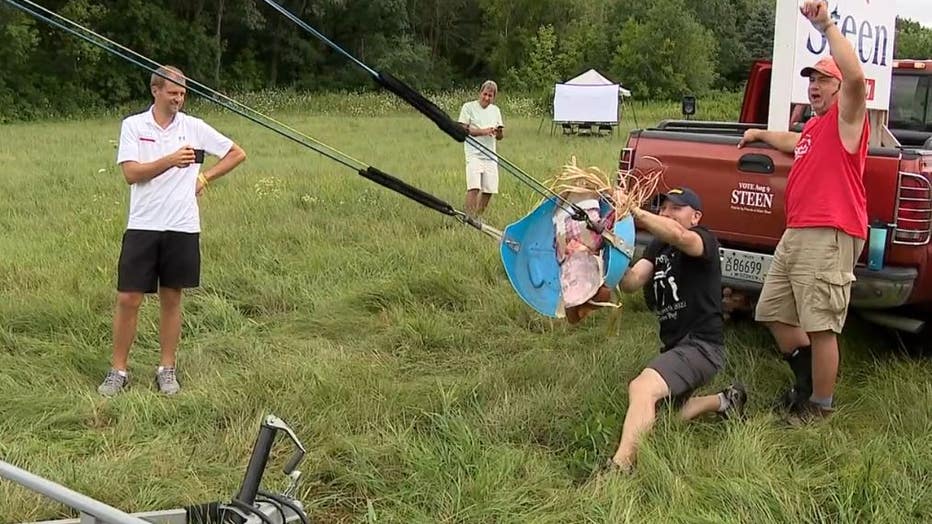 Lee said partisan primaries have traditionally low turnout -- around 25% – but given the Trump endorsement, he wouldn't be surprised if that ends up being higher in the 63rd District Tuesday.