NBA legend Kareem Abdul-Jabbar ripped Will Smith for slapping Chris Rock during the Academy Awards in a lengthy essay posted Tuesday on his SubStack.

The Basketball Hall of Famer wrote that Smith’s slap had a reverberating effect on the entertainment industry and the Black community as a whole.

"When Will Smith stormed onto the Oscar stage to strike Chris Rock for making a joke about his wife’s short hair, he did a lot more damage than just to Rock’s face. With a single petulant blow, he advocated violence, diminished women, insulted the entertainment industry, and perpetuated stereotypes about the Black community," he wrote.

Abdul-Jabbar, who once cold-cocked Kent Benson in retaliation for getting hit in the stomach during a game between the Los Angeles Lakers and Milwaukee Bucks in the 1970s, disagreed with the notion that Smith’s action was chivalrous in any way.

"Actually, it was the opposite. Smith’s slap was also a slap to women. If Rock had physically attacked Pinkett Smith, Smith’s intervention would have been welcome. Or if he’d remained in his seat and yelled his post-slap threat, that would have been unnecessary, but understandable," he wrote. "But by hitting Rock, he announced that his wife was incapable of defending herself—against words. From everything I’d seen of Pinkett Smith over the years, she’s a very capable, tough, smart woman who can single-handedly take on a lame joke at the Academy Awards show."

Smith’s Oscar acceptance speech for his portrayal of Richard Williams in the film "King Richard" felt worse to Abdul-Jabbar. 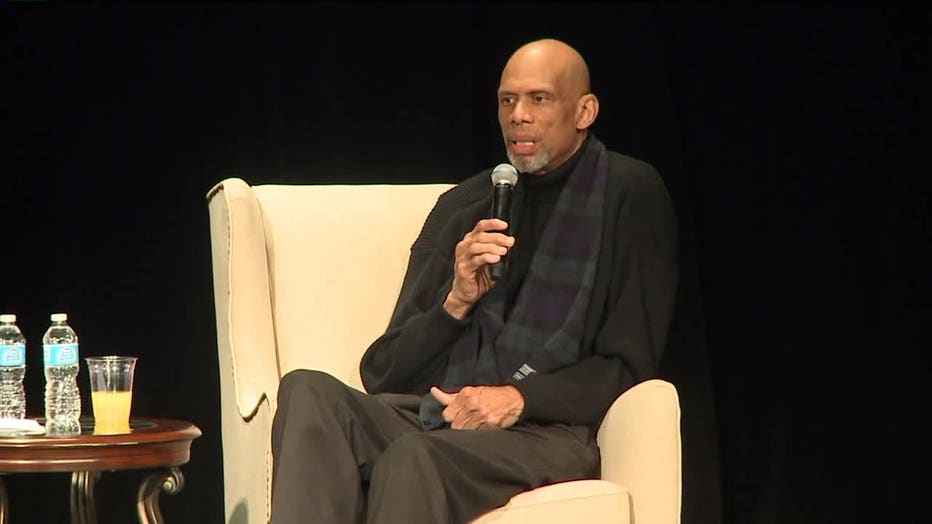 "Those who protect don’t brag about it in front of 15 million people. They just do it and shut up. You don’t do it as a movie promotion claiming how you’re like the character you just won an award portraying. By using these women to virtue signal, he was in fact exploiting them to benefit himself. But, of course, the speech was about justifying his violence," he added. "Apparently, so many people need Smith’s protection that occasionally it gets too much and someone needs to be smacked."

Abdul-Jabbar praised Rock for handling the post-slap with "grace and maturity."

The former Lakers center finished by saying he was a fan of Smith’s. He appeared on the "Fresh Prince of Bel-Air" way back when. He wrote he just wanted to make sure the incident was more of a cautionary tale for those watching at home rather than everyone glorifying "bad behavior."

Smith on Monday apologized for the incident.

"Violence in all of its forms is poisonous and destructive," Smith wrote in part on Instagram before publicly apologizing to Rock. "I was out of line and I was wrong."

"I am embarrassed and my actions were not indicative of the man I want to be. There is no place for violence in a world of love and kindness."

The Milwaukee Brewers announced Vanilla Ice, Naughty by Nature, and Rob Base will perform in a postgame concert at American Family Field on Saturday, May 21.