LONDON (CNN) -- The attention into the crash of Asiana Airlines Flight 214 is now shifting to two areas.

One, why did the incident happen? They will be looking at things like instrument landing systems, the glide slope, the approach of the Boeing 777, the way the pilot flew the aircraft and other key aspects.

Secondly, they will be looking at the onboard training to get the passengers off as fast as they can.

Video from passengers after the crash landing show slides deployed and people exiting well before fire really took hold of the aircraft.

Asiana have confirmed there were 291 passengers plus 16 cabin crew onboard flight OZ214. Looking at video of the burned out wreckage and of smoke and fire soon after the crash, some may be surprised the casualty figures are so low considering there were more than 300 onboard.

This is very reminiscent of an incident in Toronto in August, 2005 when an Air France plane crashed. Although there was a large fire in that crash, all 309 passengers and crew on the Airbus A340 managed to get off.

Without ignoring the casualty figures from the San Francisco incident, it shows that aircraft crashes like this are proving to be survivable incidents provided there is adequate crew training and an awareness of passengers to know what to do when there is an emergency.

And those key things: Know where your exit is, know to leave your belongings behind and exit the plane quickly and orderly because that is the way planes are designed. 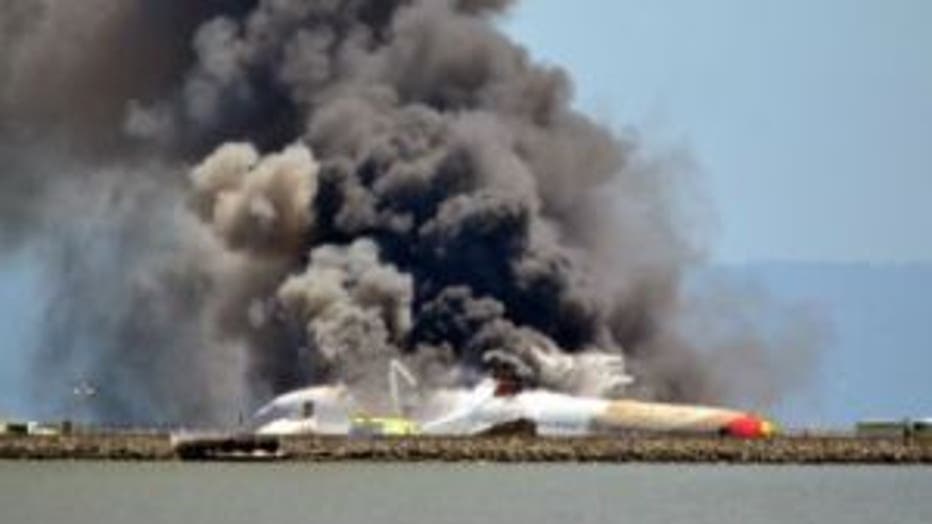 The B777 aircraft is built so that everybody can get off the plane within 90 seconds even if half the doors are inoperable.

And they work on that basis because as you can see in the Asiana incident, one side of the aircraft is a lot more damaged than the other -- and appears to be the main area of the fire -- so you wouldn't want to open the doors on that side.

Importantly, there is an onus on passengers -- know where the emergency exits are, don't try and take your belongings with you and take notice of and follow crew instructions and directions.

If there is one thing we all can take away from a tragic incident like this, it is not to ignore those important flight safety briefings at the start of each flight we take. When I fly, I always take note of where my nearest exit is, whether it is three or four or whatever rows away.

Those briefings exist for a reason. We've seen as well in recent years several airlines, such as Air New Zealand, add an entertainment value to their safety videos, in part to try and make sure more passengers watch them.

An incident like the Asiana crash should really reinforce the value of being aware of safety and emergency procedures.

Most of the planes we fly today are designed so passengers can get out within 90 seconds in an emergency. That is what we have seen in the case with this incident in San Francisco. And while flight crew training is vital, so too are the actions of passengers.