Charlotte resident Marcus Gladden posted an image of himself wearing a recreation of the pants to Facebook shortly before the Super Bowl.

“Who wore them better?!?” he wrote on Facebook, joking about Newton’s fashion. “Standing by your QB during his worst outfit choice $PRICELESS!!!”

Newton wore the $849 Versace pants as he boarded the flight last weekend to California for Super Bowl 50. 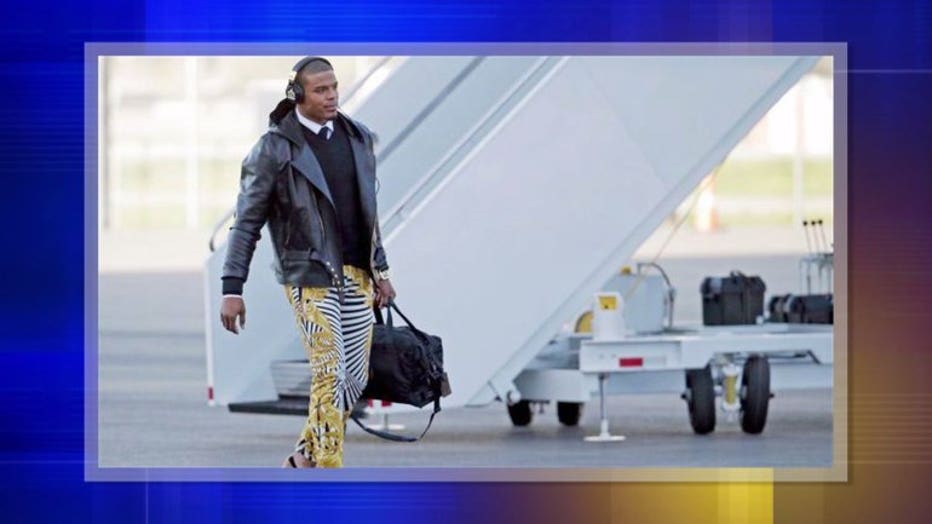 Super Bowl 50 marks the first time the Panthers have been to the Super Bowl since 2004.