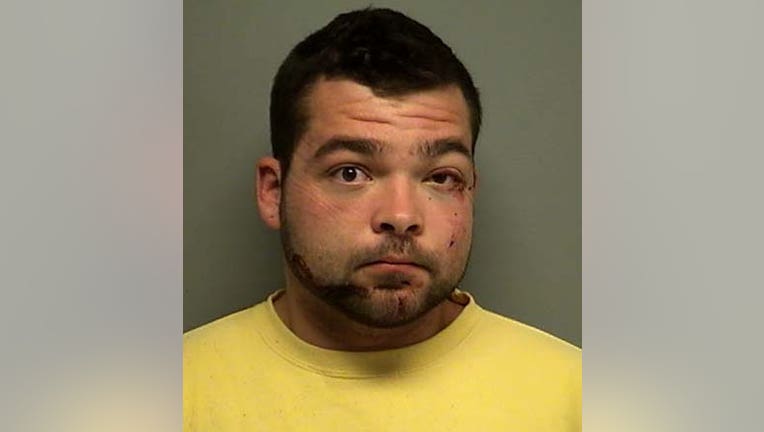 WALWORTH COUNTY (WITI) -- A 26-year-old Whitewater man is in the Walworth County Jail following a two-car crash in the town of Whitewater on Saturday evening, April 27th.

Additionally, the Department of Corrections-Division of Probation and Parole has placed a hold on Colbert following this crash as Colberg was on parole for a prior drug arrest conviction.

The crash occurred just after 8:00 p.m. on U.S. Highway 12 and County Trunk Highway N in the Town of Whitewater.

Preliminary investigation at the scene revealed the following:  Colberg was driving a 1996 Jeep Cherokee eastbound on Hwy 12.  As he approached the intersection at County Trunk Hwy N, he turned left into an oncoming westbound vehicle which had the right of way. Both vehicles had green lights to go straight.

This vehicle, a 2008 Subaru minivan, was operated by 73-year-old Felix Yavnoshan of Palatine, IL.

All occupants of this minivan where trapped and required extrication by Whitewater Fire Department.  All occupants in the minivan sustained broken bones and/or critical internal injuries.

Felix Yavnoshan was flown out by Flight for Life and is in a Madison-area hospital.  The other passengers are in hospitals in Madison and Fort Atkinson and Janesville. There is no update on their conditions at this time.

The Walworth County Crash Investigation Unit was dispatched to the scene of this crash and the road was shut down for approximately three hours while they worked.   Walworth County Sheriff was assisted by Whitewater Police Department, and Whitewater Fire and Rescue.