Which MPS schools had the most sources of lead in water? FOX6 Investigators have the list

Which MPS schools had the most sources of lead in water? FOX6 Investigators have the list

MILWAUKEE — Milwaukee Public Schools ran tests in 2016 to see if there was lead in the water at its schools. The results, released in December 2016, showed dangerous levels of lead in the water in 169  buildings.

MPS officials say the problematic taps have been turned off, but some experts -- the same experts who blew the whistle in the Flint, Michigan water crisis --  say students still shouldn't drink the water.

"Shutting off taps right now does not protect children necessarily in the long haul," said Yanna Lambrinidou, a water researcher and Virginia Tech professor who has been vocal about the need for school transparency.

"The facts speak loudly for themselves. It's very clear that there is very serious lead in water contamination," Lambrinidou said. "It causes brain damage. It causes irreparable health harm."

The FOX6 Investigators analyzed the data released by MPS. Testing showed Universal School of Milwaukee at Webster had the most problematic taps — 82 fixtures had high levels of lead.

Other schools on the top of the list include: 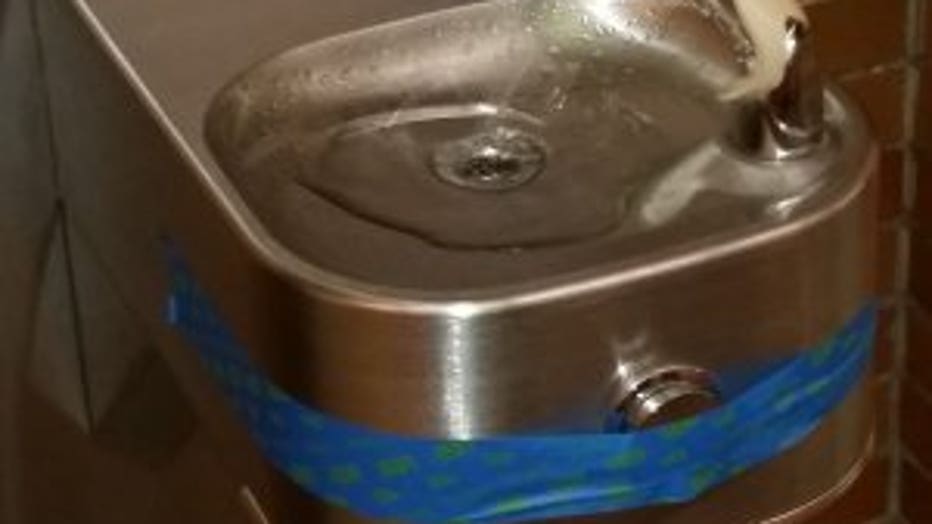 MPS says water fountains that tested at or above 15ppb were turned off.

While MPS officials initially claimed in December that "virtually all MPS drinking fountains meets Environmental Protection Agency's Standards," a FOX6 analysis of the test results found nearly 13 percent of all tests conducted showed high levels of lead in the water. More than 12,000 fixtures were tested. Some levels were so high that experts say just one drink could affect a child's brain.

"At that level, 200, you should be concerned even if you had one sip of that water," said Marc Edwards, another Virginia Tech professor who helped uncover the Flint water crisis. 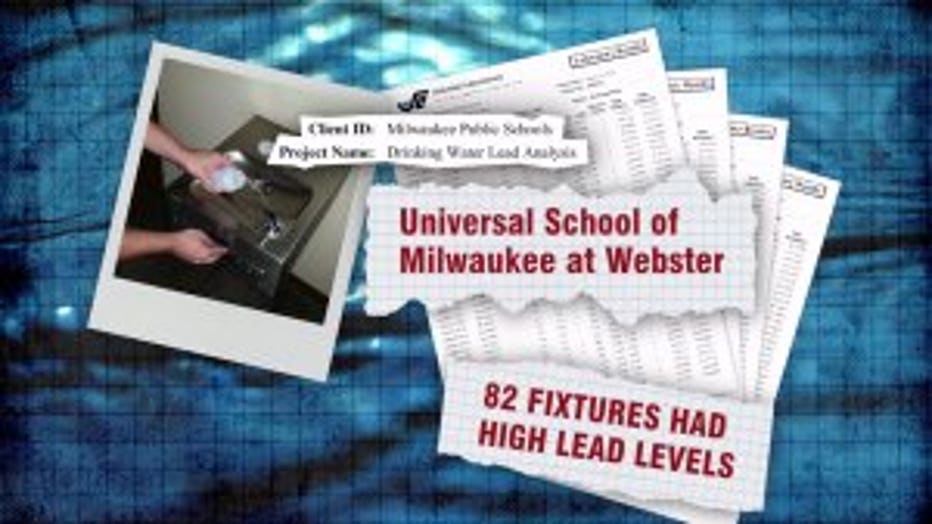 Universal School of Milwaukee at Webster had the most fixtures that tested above 15 ppb -- 82 sinks and water fountains had high levels of lead.

"There's significant amount of lead in a sip or a drink, much less drinking it consecutively over a period of months or weeks," Edwards said.

Lead exposure is particularly dangerous for children because it can cause behavioral problems, learning disorders, and a drop in IQ.

MPS officials say the problematic sinks and bubblers were immediately turned off, and they are being repaired.

But instead of spending money on one-time testing, Lambrinidou says that MPS officials should be installing certified lead filters on all of its taps, or on designated drinking taps at each school. Testing taps just once, she says, often isn't enough to deem certain fixtures "safe" and others "dangerous," because lead enters the water sporadically and erratically. This means test results could change depending on the day.

“So when our schools test taps and say, if a tap tests'low,' we will assume this tap is safe for human consumption. That is actually an assumption that unfortunately is not supported by the science," she said. "I think at this point, it’s probably more important to protect children from exposures rather than testing once or twice a year." 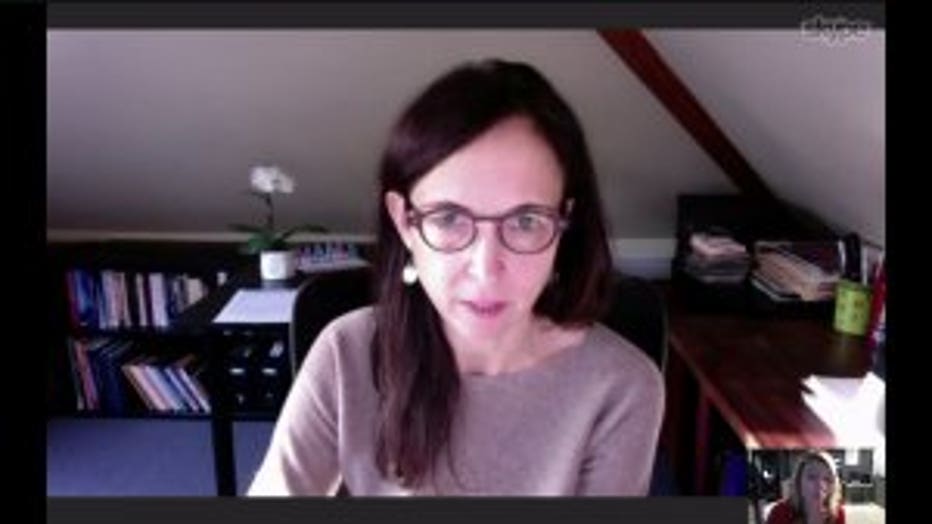 Yanna Lambrinidou, a water researcher and professor at Virginia Tech, says schools should be proactively installing filters on taps, not spending money on testing that might not be reliable long-term.

Almost every single school at MPS had some lead in its water.

MPS officials would not say whether they considered installing filters instead of testing.

MPS officials say the district is going above and beyond what the law requires, and parents should trust its test results. Officials said they're committed to student safety and, even though the law doesn't require it, schools shut off sources of water where lead was present at above 15 parts per billion (ppb).

"Milwaukee Public Schools is actually exceeding the expectations and requirements of federal, state, and local agencies which do not require school districts to test the water supply in our schools," said Denise Callaway, MPS' director of communications and outreach.

"Any drinking source that tested above the standard was immediately turned off. The district is replacing all fixtures that do not meet the standards - even though federal rules do not require replacement," Callaway said.

But Lambrinidou says because there is no safe level of lead in water, taps that tested below 15 ppb should not be considered safe.

"Taps that are still in operation which happened to test below 15 ppb, are not safe by definition because there is no safe level of lead in drinking water," she said.

The American Academy of Pediatrics says lead is a concern at levels as lows as 1 ppb. By that standard, nearly every source of drinking water at MPS schools could affect student health, because the vast majority of fixtures tested at levels above 1 ppb. 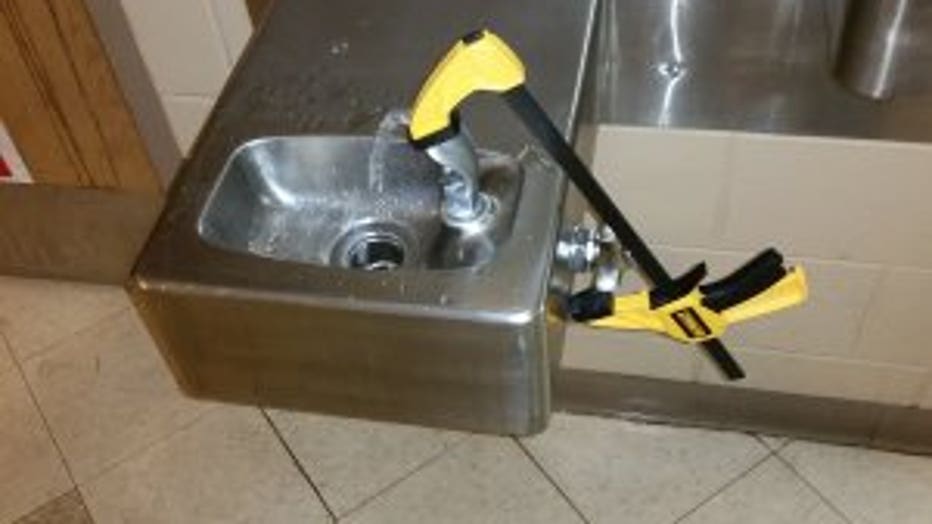 Callaway says MPS takes the responsibility of providing a safe environment for its students seriously, and any suggestion otherwise is both offensive and untrue.

"Ms. Lambrinidou's opinion is not supported by any federal regulatory guidelines," Callaway said.

“Whether these levels were above 15 ppb or below 15 ppb, all of these levels are exposing Milwaukee children to lead from the water that they’re drinking," Lambrinidou said.

Lambrinidou says she encourages parents to take action, and insist that schools take remedial actions at all times.

"We’re talking about our childrens’ brains," she said.

"These levels are too high. It's sad that this problem has been allowed to continue as long as it has," Edwards said.

MPS officials said they're committed to on-going efforts to monitor water quality at schools and continue to point out MPS has no lead service lines leading to its buildings.

Edwards and Lambrinidou say a concern remains about lead plumbing and lead fixtures, particularly in older school buildings throughout the country.

You can see the full list of schools sorted by the number of "problematic" fixtures HERE.