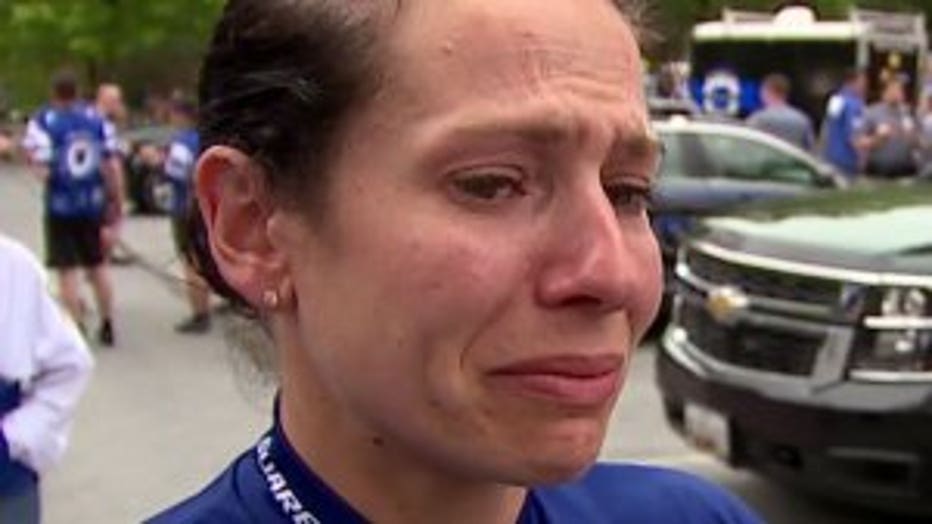 On Sunday, May 12, it was raining and packed as the fallen officers' families received a special gift from officers from across the state.

"It's been a rough couple months," said Milwaukee Police Officer Erin Tischer. "It just means a lot to have support of the fellow officers and pay our respects the best way we know how."

Five Milwaukee police officers were among 54 from Wisconsin taking part in the Police Unity Tour -- riding 260 miles to honor the fallen. 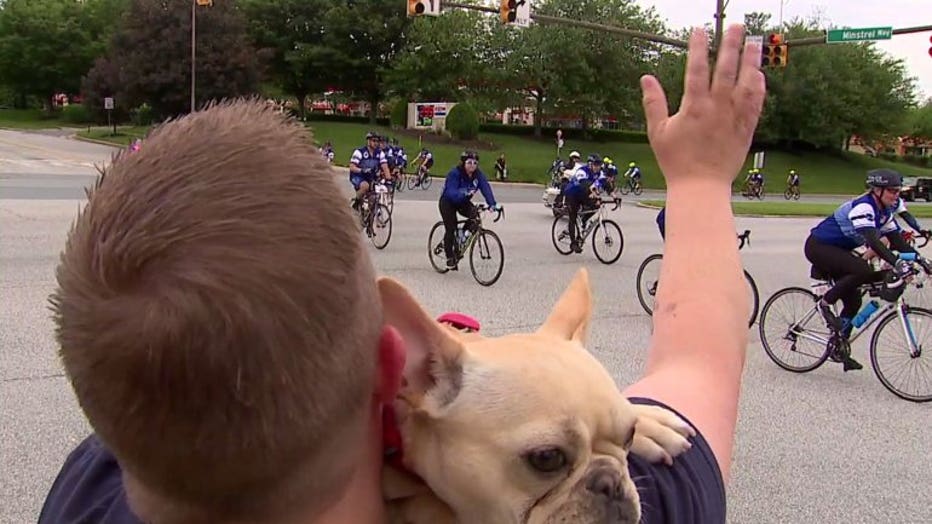 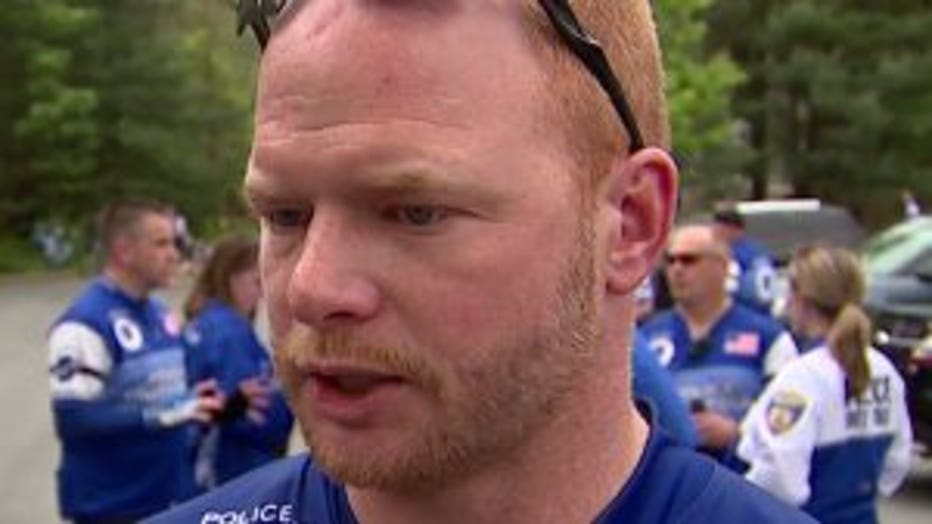 "The biggest thing that keeps you going is just the dedication. They put their life on the line and lost it," said Milwaukee Police Officer James Sommer, Tactical Enforcement Unit.

"I didn't know Chuckie. I don't know if I met him, but Mike was a really good friend of mine. I loved Mike. The way I lost him so suddenly and so violently, I think it hurt all of us, so I'm doing this for him," said Milwaukee Police Officer Michael Karwoski.

The journey that began in a different time zone took them over unfamiliar roads -- as they wore a small symbol of remembrance. 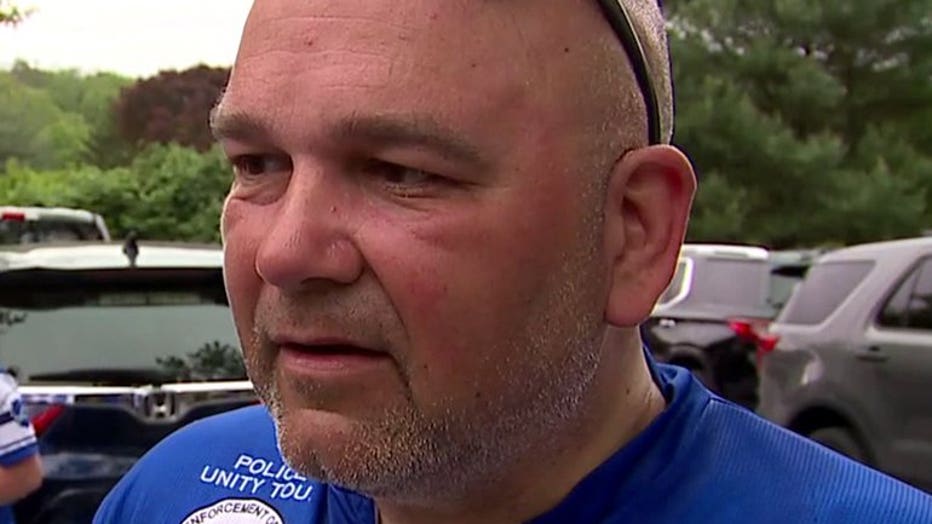 "Whenever you stop someplace and they bring the bagpipes out, it takes you back to the funeral," said Officer Karwoski.

On Sunday, they rode into the Law Enforcement Officers Memorial -- a sea of blue, made up of officers from across the country.

"It shows that everyone cares and that we all have each others' backs," said Officer Tischer. 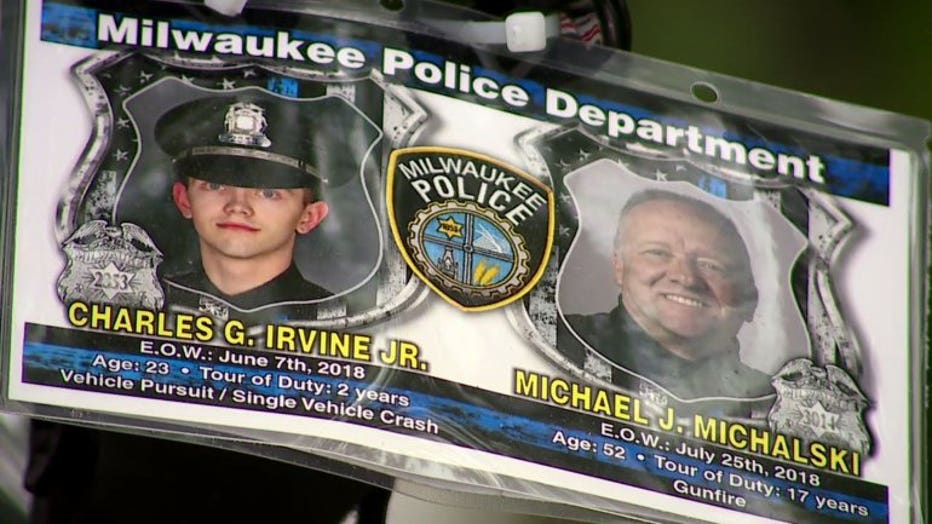 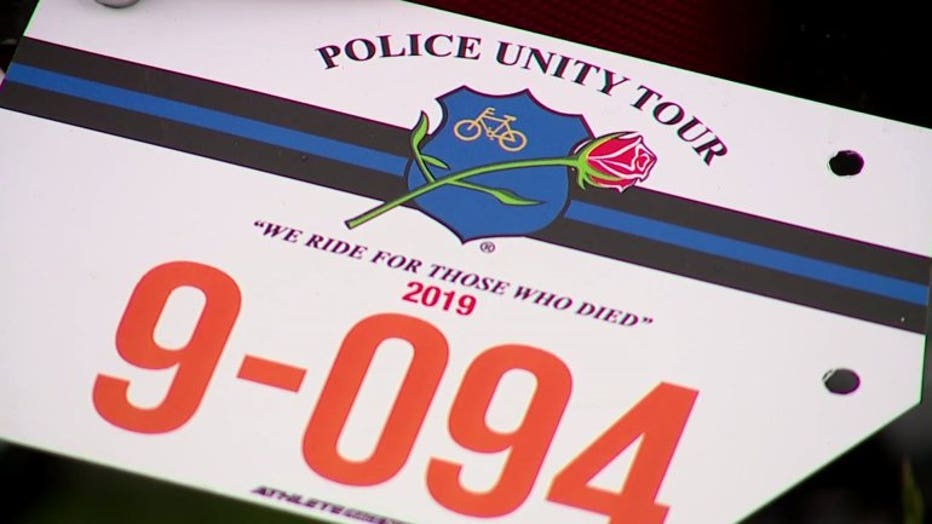 "It's just been amazing -- the support, the stops at the memorials for the other officers who have fallen in the line of duty. It's just overwhelming with the support," said Lieutenant Elizabeth Ibarra.

The officers said they carried that support with them during their journey.

The names of Officer Irvine and Officer Michalski were etched on the walls of the memorial after the officers' deaths in the line of duty in June and July 2018. 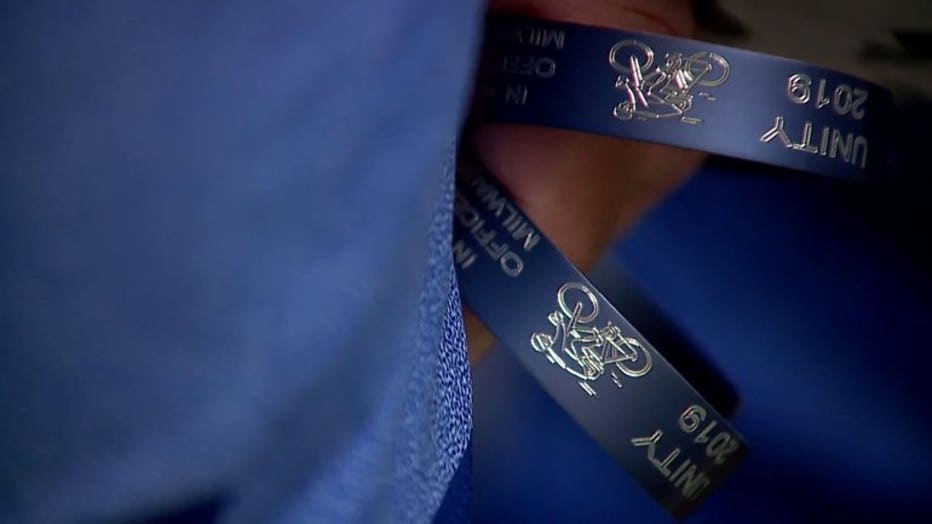 "We've lost a lot. Everybody here has. We all feel it. We're all trying to be strong for each other," said Lt. Feldmeier. 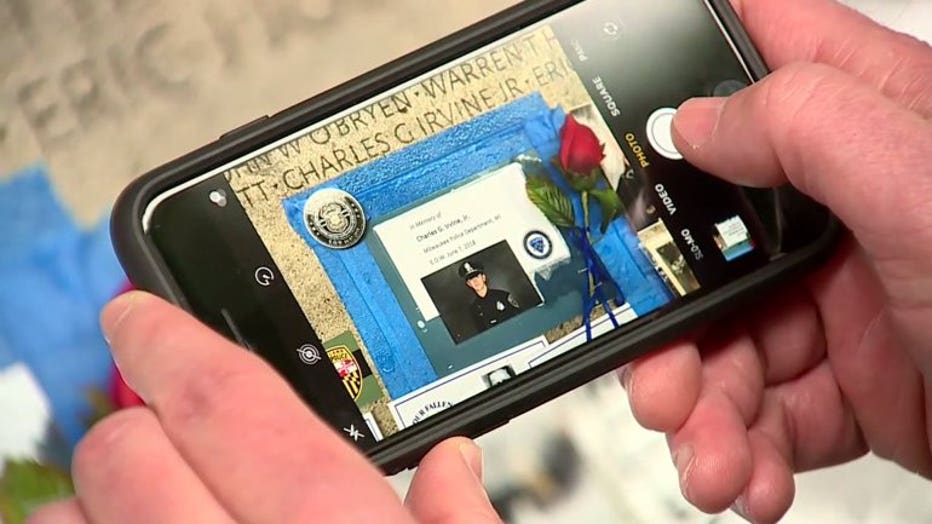 Many of the officers who took part in the Police Unity Ride also had Milwaukee Police Officer Matthew Rittner on their minds. He will be honored during National Police Week 2020.