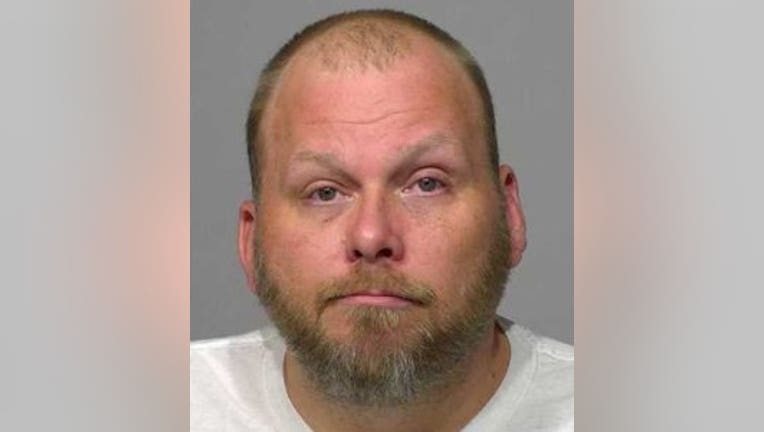 MILWAUKEE -- Christian Mothershead of West Allis is accused of human trafficking a mother and son who he arranged to have come to the United States from the Philippines. Mothershead, 46, is charged with the following criminal counts:

According to the criminal complaint, the mother and son told detectives before November 2018 they lived in the Philippines and sold ice to make ends meet. The mother apparently met Mothershead in June 2017 on a dating website, the complaint says. Mothershead and the mom exchanged Facebook information and began communicating. In July 2017, Mothershead apparently flew to the Philippines and stayed for three weeks. The complaint indicates Mothershead "made all kinds of promises" to the mother and son and "she thought when she came to the United States life would be beautiful." Mothershead allegedly "promised to enroll the mother's children in school, take care of her family, get married and pick her up at the airport with roses."

According to the criminal complaint, that first night at Mothershead's home, the mother went to go to bed in the defendant's bedroom and "noticed he was under the covers naked." The complaint says Mothershead  began touching the mother inappropriately and "she told him she did not want to be touched." When the mother "was moving to try and get away from him, the bed frame broke. This caused the defendant to become enraged and he raised his hand to hit (the mother)."

The complaint indicates the mother and son cleaned Mothershead's house for three days straight. They "were not allowed to watch or touch the TV, they should always be cleaning."

On several instances, the complaint indicates the mother would prepare food for Mothershead and his son and then spend the rest of the day cleaning. The complaint says if the mother did not follow Mothershead's orders, he "threatened to send her back to the Philippines." The mother told police she "felt like she was trapped and a slave."

According to the criminal complaint, the mother "eventually called the police while the defendant was at work (he is a teacher). In December 2018, the police helped her get to a shelter." The human trafficking task force was not called until January 2019.

Mothershead made his initial appearance in court on Tuesday, Sept. 3.

Milwaukee Public Schools released the following statement on this case:

"The person in question has been placed on unpaid leave pending a final resolution to the matter. MPS is cooperating with the Milwaukee Police Department regarding an allegation involving a staff member at Hamilton High School. Because there is an ongoing investigation by MPD, we cannot comment further."