MILWAUKEE — She rose to the top and came crashing down. Now the former commander of the Milwaukee County Jail is facing possible jail time of her own.

FOX6 Investigators show you how a series of inmate deaths that happened on her watch led to Nancy Evans' rapid demise.

One death, in particular, cost the jail commander her job and left her a convicted felon. But an attorney for the families of inmates who died in custody says he was not expecting what she did to try to avoid criminal responsibility.

14 years after she first became a correctional officer, Evans was hand-picked by then-Sheriff David Clarke to run the county's entire jail operation. 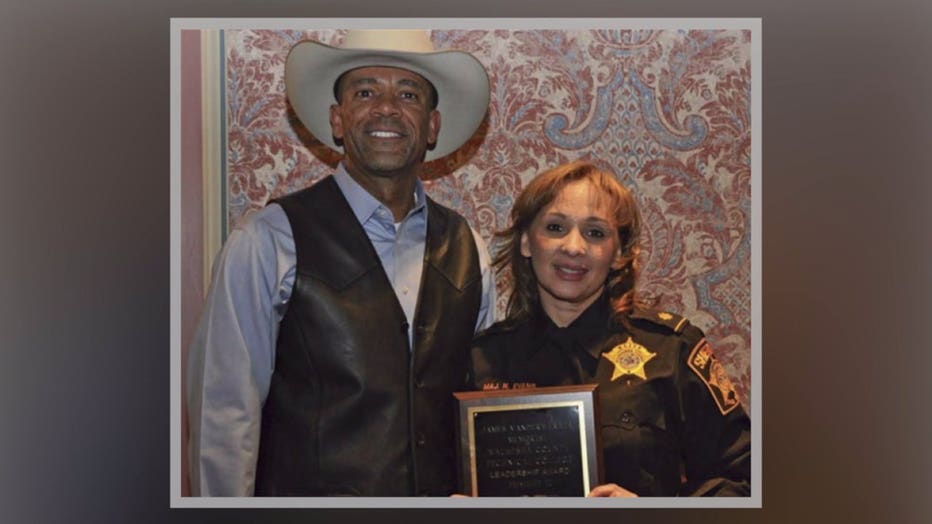 In the fall of 2011, then-Sheriff David Clarke appointed Nancy Evans to run the House of Correction and County Jail. The appointment became official 6 days after Evans completed the required law enforcement training.

"And the question remains, why?" asked James Gende, an attorney for the families of three inmates who either died in custody, or gave birth in custody to a baby that died. Two of those deaths occurred on Evans' watch.

"We have a problem jail where you then put in charge a individual with little to no experience to be in command in a correctional setting," Gende said.

It was a job Evans hadn't even applied for until Sheriff Clarke's second in command -- then Inspector Richard Schmidt -- called her into his office and urged her to submit a resume quickly. In a civil deposition taken in September 2018, Evans said the job was initially billed as "Assistant" Superintendent of the House of Correction.

"It became me in charge of the whole facility," Evans said.

She leapfrogged over candidates with more experience and was officially appointed to the job just six days after completing the required law enforcement training. In February of 2012, FOX 6 News profiled the county's new female warden of both the House of Correction in Franklin and the Milwaukee County Jail downtown.

"At one point, I probably put limits on what I thought I could do, but I've learned not to do that," Evans said in the 2012 interview. 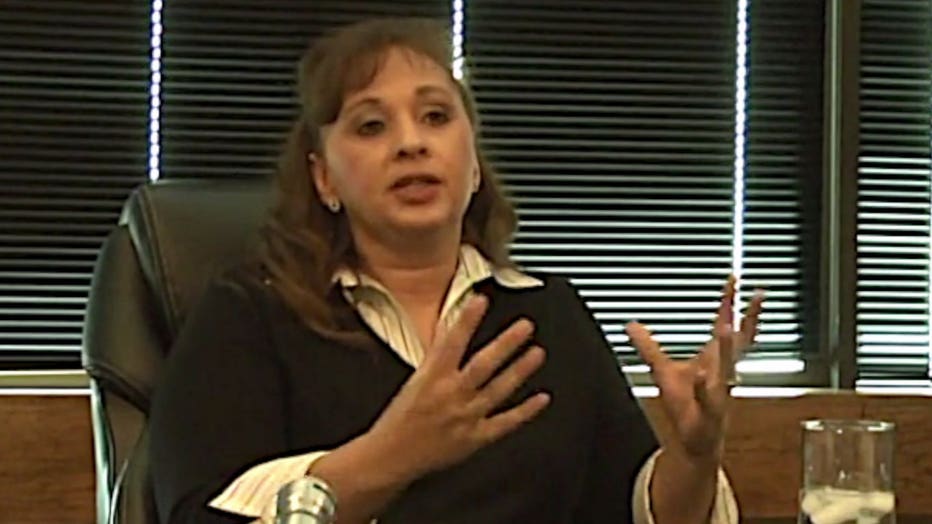 The honeymoon didn't last long. Just five months into her new position, Evans became the subject of a criminal investigation for allegedly steering nearly $6,000 worth of government contracts to a man with whom she was having an extra-marital affair.

The district attorney declined to file charges, because he could not  prove Evans herself got a financial benefit. Instead, Sheriff Clarke demoted her from Major to Captain and temporarily reassigned her out of the jail.

"How did you end up back at the jail in April of 2015?" Gende asked during the September 2018 deposition.
"I was asked to return," Evans said.
"By whom?" Gende said.
Evans paused, then answered, "Sheriff Clarke."

One year after resuming her duties as jail commander, a schizophrenic inmate named Terrill Thomas died in his cell from severe dehydration. Video surveillance showed a correction officer shutting off water to the cell and never turning it back on, but Evans did not tell her superiors about the video.  Instead, records show, she allowed the video to be overwritten and destroyed. She then mounted what one investigator called an "unconscionable" cover-up that included lying to internal investigators, police and the district attorney.

"Obviously that makes the searching for the truth process that much more difficult," Gende said.

Three more deaths occurred in the jail over the next six months. Shade Swayzer gave birth in her cell to a baby that died. Kristina Fiebrink died from complications of heroin withdrawal without receiving any treatment. And Michael Madden fell and struck his head during a medical episode, then died. All three of those deaths resulted in federal lawsuits that remain open.

"Highly unusual. I don't think you can identify another string of so many deaths in such close proximity anywhere in the country," Gende said.

In all, seven in-custody deaths occurred over a two-year period before Evans was criminally charged for lying to investigators in the Terrill Thomas case.

In a deposition taken months after his departure, Clarke pointed out that some inmate deaths are "due to natural causes." He admitted that communication among staff members was not always optimal, conceding, "We're not a perfect organization."

But by the time Evans was charged, Clarke had already stepped down as Sheriff. His successor, Sheriff Richard Schmidt, recommended Evans be fired. Instead, she resigned.

Soon after, the finger pointing began. 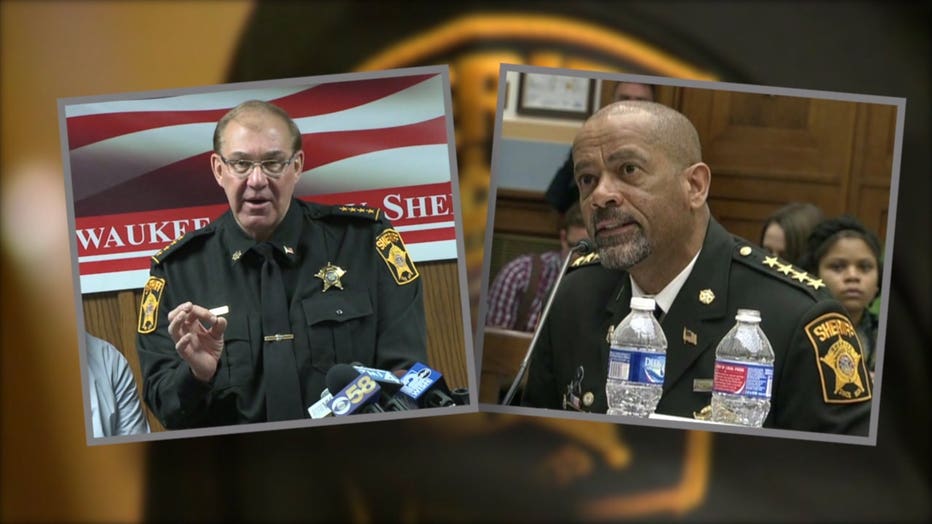 Former Sheriffs Richard Schmidt and David Clarke sparred on local talk radio show in the spring of 2018, pointing fingers at one another for failing to remove Evans from her jail commander position sooner.

"He put Nancy Evans in that position," Clarke said of Schmidt during an appearance on the Dan O'Donnell talk radio show in the spring of 2018 on WISN 1130-AM. "In other words, he made that recommendation to me and I said sounds good to me."

"Sir, hold on, I'm sorry," the host interrupted. "We have Sheriff Richard Schmidt on the line."

Schmidt called in to say he told the Sheriff to fire Evans sooner.

"I recommended that multiple times, you refused to do it," Schmidt said.

Clarke countered, "You had the authority to do it. And you didn't do it!"

"Once people started dying, everybody looked to pass the buck."

But it's what Evans did in the midst of her criminal case that riled Gende the most.

In October, Evans' lawyer told the judge there was 'reason to believe' she was not competent to stand trial.

Even though she had answered questions in a 3-hour deposition just two weeks earlier, without raising any concerns about her mental fitness.

In the end, a doctor determined Evans was indeed competent to proceed and she pleaded guilty to felony misconduct in public office.

Earlier this month, the FOX6 Investigators stopped by her house. She was home, but did not answer the door.

"I think it's the start of a new beginning," Gende said.

Soon, she will have to answer for her crime.

"We can only hope going forward that these tragedies won't occur."

After we stopped by Evans' home, her attorney, Robert Webb, called the FOX6 Investigators. He said it would not be appropriate for Evans to comment for this story, because her case is still open. Evans is scheduled to be sentenced for the felony conviction on March 22nd.