LAKEWOOD, Ohio – A receipt printed at a restaurant in Ohio containing a homophobic slur is sparking outrage online.

The bartender who printed the receipt said it was meant as a joke among friends, according to WJW. A partner of West End Tavern said the slur was used to identify a bar tab belonging to two friends of the bartender Sunday afternoon, and they were not offended by it. 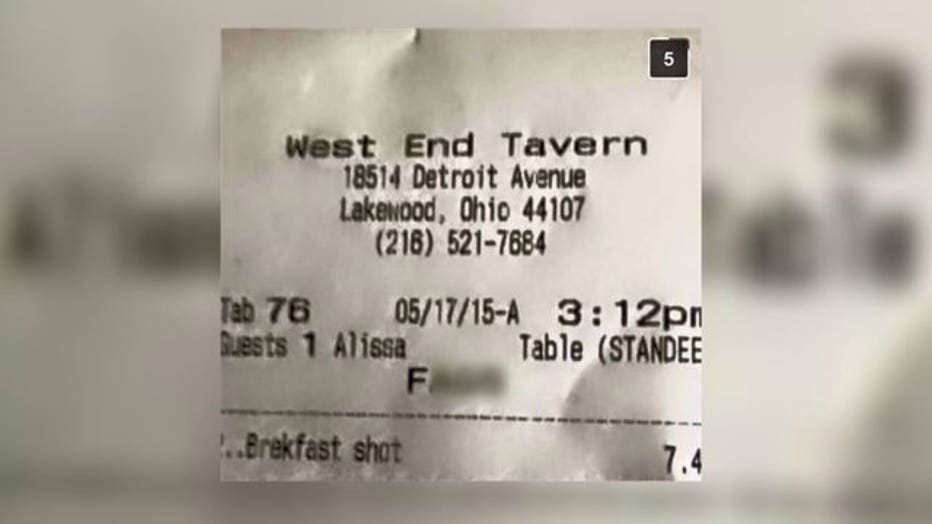 The post went viral online, taking on a life of its own this week. The bar’s owners said someone took a picture of the receipt and posted it on Facebook, where it was shared hundreds of times.

“Lakewood has a very large LGBT community so this is honestly the last place I would expect to see bigotry that blatant,” said Mario Pollard, who saw the post online.

West End's owners declined an on-camera interview with WJW, but in a statement called the term "inappropriate" and "degrading."

"We`re horrified that such a stupid thing happened. The West End Tavern abhors this type of slur. It isn`t funny and it hurts our friends and our customers. We welcome all of our guests,” the statement read.

The owners expressed concern that a post that went viral in two days could damage a reputation that's taken nearly 30 years to build.

“Even if that is a joke, it's unprofessional first of all, and second of all it, could be very offending to other people,” said Kaitlyn Super, of Rocky River.

Attempts by WJW to reach the employee and the patrons who received the receipt were unsuccessful.