BEAVER DAM -- A 17-year-old boy is facing a felony charge after a threat canceled class at Beaver Dam High School in May. Dylan Graf of Beaver Dam faces one count of "terrorist threats, as party to a crime."

According to a criminal complaint, early on May 5th, Beaver Dam police learned of a threatening email, indicating there would be a school shooting at Beaver Dam High School on May 5th, during fifth hour. Police checked the school building, and found nothing suspicious. 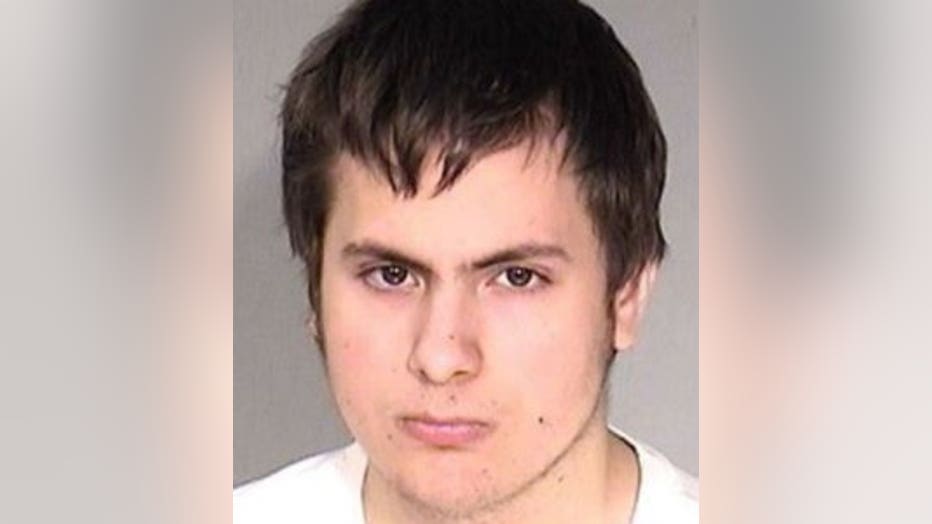 Police soon generated a person of interest, and responded to Dylan Graf's home. During an initial interview with Graf, a second person of interest was generated. That second person was interviewed, and told police he had no knowledge of any threat directed at Beaver Dam High School. When informed police had received an email, the complaint indicates this person's chest was rising and falling rapidly, as if his heart was about to jump out of his chest.

According to the complaint, investigators looked through the person of interest's social media accounts, and noted he had set up an Instagram and Twitter account using a user name that was the same as the email address used to send the threatening emails. He admitted to setting up those accounts, but said they were separate from the Gmail account through which the threatening emails were sent. He said the person who sent the threatening emails allowed him and Graf to view the screen of the device he was using to write them. The person of interest claimed he had told the sender not to send the emails, and said when the email was sent, a follow-up email was sent indicating he was joking. 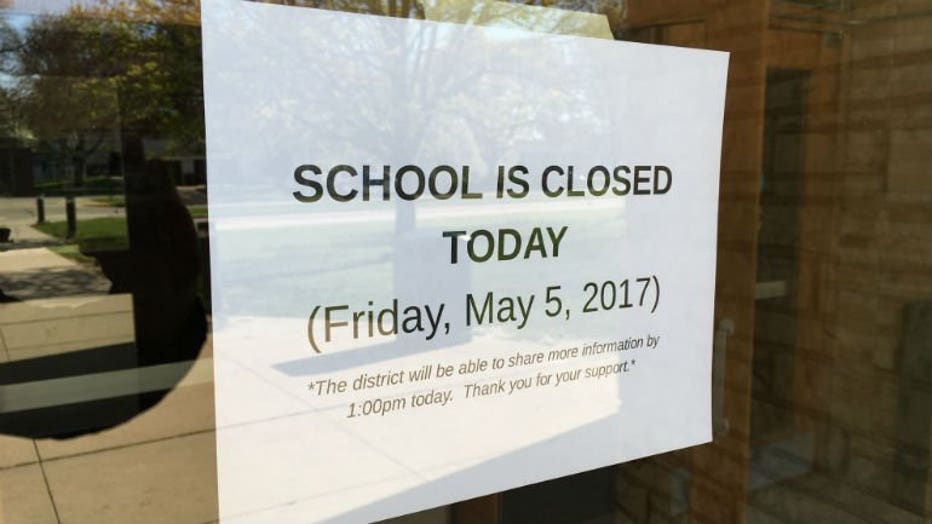 When asked why he didn't bother to report this to anyone, the complaint indicates he said "he thought (the sender) was joking around, and didn't think he was serious."

The complaint makes reference to four emails sent to the associate principal of Beaver Dam High School on May 4th -- between 11:29 p.m. and 11:40 p.m. -- each from the same email address. One email contained the message: "My enemies families will cry once told their little Scotty was exterminated." Police learned of an email received by a teacher at Beaver Dam High School which said: "My name is Scotty," and both of these emails contained the name Scotty, spelled the same way.

Investigators began an online search using the name used when the email was sent to the teacher. They found a Facebook profile containing a photograph commented on by Dylan Graf. They then learned Graf attended Beaver Dam High School and lives in Beaver Dam.

Police got an address for Graf, and a telephone number for his mother. His mother was contacted, and confirmed her son is a 17-year-old Beaver Dam High School student. Investigators got Dylan Graf's phone number and when police reached out to him, the complaint says he "made a comment to the effect of how he believed he was being contacted in reference to some emails that his friend had sent."

Investigators spoke with Graf at his home, and he gave them consent to view and search his phone.

The complaint indicates he knows the sender of the emails through online interactions -- such as Skype video messages and online video games. He said the sender lives in Las Vegas and he was aware of emails sent to a teacher, along with emails about "making threats to shoot up the school." He said while on Skype with the sender, he saw these emails being typed up and sent out. When he was asked about the email address from which the emails were sent, Graf told investigators the second person of interest had created the name awhile ago, when they intended to create a YouTube channel. When asked about the name "Scotty," used in the emails, Graf told investigators that was the name of a friend of his. Graf told police he'd known the sender for a couple of years, but they never met in person.

Graf told investigators he thought the emails were "funny" and "harmless," and that they weren't going to be sent -- even indicating he told the sender not to send them. He also said he didn't think they would be taken seriously. According to the complaint, Graf said he told the sender to add a sentence to one of the emails -- the one referencing "Scotty."

Investigators were able to get in touch with the alleged sender, out in Las Vegas, who told them he had sent some emails to teachers "as a prank." He said he then sent the last one "which got him in trouble." He said because of how the emails were worded, he "didn't think he would get in trouble," and "didn't think anyone would take them seriously." He said he intended to email them back and let them know this was all a joke, but police intervened before that was done. When asked where this idea came from, he said "they were pretty dumb, and thought it was funny." He indicated the second person of interest said they could get school canceled if it all worked out. When asked if Graf and the other person of interest told him not to send the emails, the alleged sender said "not really." He did mention Graf told him not to put Graf's name on the email.

The complaint indicates investigators determined the threats were not credible and there were no guns or weapons in the sender's home. The sender's father indicated his son had no money, no job and no way to get to Wisconsin, and described the allegations against his son as totally out of his behavior/character.

The complaint includes the text of one of the emails sent to the assistant principal at Beaver Dam High School:

"I plan to enter the proximity of your board of education tomorrow with hatred within my grasp. With a pistol in one hand, and the button that shall set off several explosive materials in the other. You don't understand, how much I (expletive) despite the students at this school. I am bullied over and over again. I hate all of you. I try to make friends and all that succeeds is the constant torment I suffer. Nothing could make me happier than seeing the splatter of intestines among the school lockers. Every teacher will fear me. I'll rape the bodies of the innocent. My enemies families will cry once told their little Scotty was exterminated. You're all (expletive). Don't try and stop me. There's no way to find out who I am. I advise you to be prepared tomorrow. I'll be executing my plan during fifth period. So long, and goodnight."

According to the complaint, after multiple interviews of Graf, investigators were able to learn that Graf did not tell the sender not to send one of the emails sent to the teacher -- only telling him not to use Graf's name when sending it. It was sent three days before the threatening email was sent to the associate principal.

Graf admitted to investigators that at first, the emails were sent as a joke or prank, and progressed into the terroristic threats sent on May 5th. He did, however, tell investigators that he and the other person of interest were simply witnesses to the threatening email being written and sent, and repeated that they told him to stop. When asked whether he took any action after the email was sent to the assistant principal, Graf said he didn't, "because it was like, 2:00 in the morning. I knew I should have called."

The complaint says he eventually admitted to adding a portion to the threatening email -- the portion about being bullied. He also eventually said "no" when asked whether he told the sender to stop writing/sending the emails. He said the only thing he told the sender was: "We are going to get in trouble." Graf also admitted to helping the sender compose an email to a teacher at the school, but denied sending it himself.

Graf made his initial appearance in court in this case on June 26th. A preliminary hearing was set for August 10th, and a $1,000 signature bond was signed.