MILWAUKEE -- The Milwaukee County Zoo recently welcomed a new Eastern black rhino to its collection.  The 4-year-old female, Janine (Josie), was transported to Milwaukee from the Pittsburgh Zoo on October 28th.

According to a press release, Josie will be quarantined for 30 days in the indoor Rhino Exhibit and will have access to the outdoor exhibit once quarantine is complete, if the temperatures are warm enough.

Once that occurs, Josie will be on exhibit in her own yard in the outdoor display, next to the yard of the Zoo’s resident rhino, Mimi.  Although Josie may not be outside until spring, Zoo officials say visitors will be able to see her through normal winter viewing of the rhinos, in the indoor exhibit.  The Zoo may breed Josie in the future.

The Zoo’s current rhino, female Mimi, is a South-central black rhino.  Josie is an Eastern black rhino, a different subspecies of black rhino out of three total.

The Association of Zoos and Aquariums (AZA) manages only the Eastern rhinos, while the South-central subspecies is managed by the International Rhino Foundation (IRF). 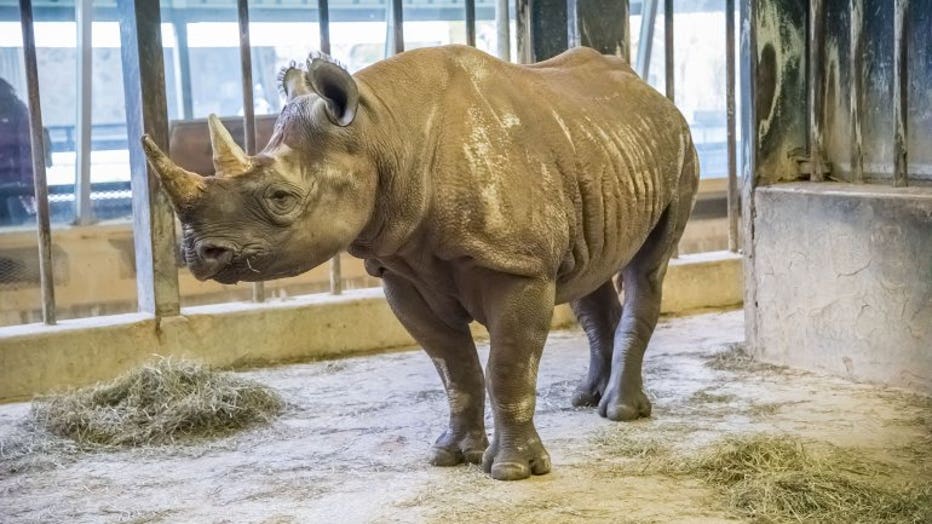 The Milwaukee County Zoo is one of very few AZA facilities with South-central black rhinos in its collection.  The Zoo’s addition of an Eastern black rhino is based on the availability of rhinos, the fact that the AZA population requires additional spaces, and the directions and needs of the AZA and the IRF.

Eastern black rhinoceroses can reach over 12 feet in length and five feet high at the shoulder.  They weigh up to 3,000 pounds, and have an average life expectancy of 20-30 years.  The front horn (the larger of the two) can grow up to 28 inches long. Black rhinos are critically endangered primarily due to poaching resulting from the commercial demand for rhino horn.