A video tweeted on Wednesday that shows two wooden train tracks will mess with your mind.

The tweet has been retweeted nearly 1,400 times. Settle wrote:

"My toddler's train track is freaking me out right now. What is going on here?!"

So what is the explanation? It's actually an illusion first discovered in the 19th century. Best known as Jastrow illusion, the illusion happens when two identical figures appear a different size.

In this example, the two pieces of track are indeed the exact same size, but the curve at the top of the track is actually longer than the bottom of the track.

In the video, the left side of the two pieces of track are lined up. Our brain compares the short edge (the bottom of the arch) on the top track to the long edge (the top of the arch) of the bottom track, which creates the illusion. 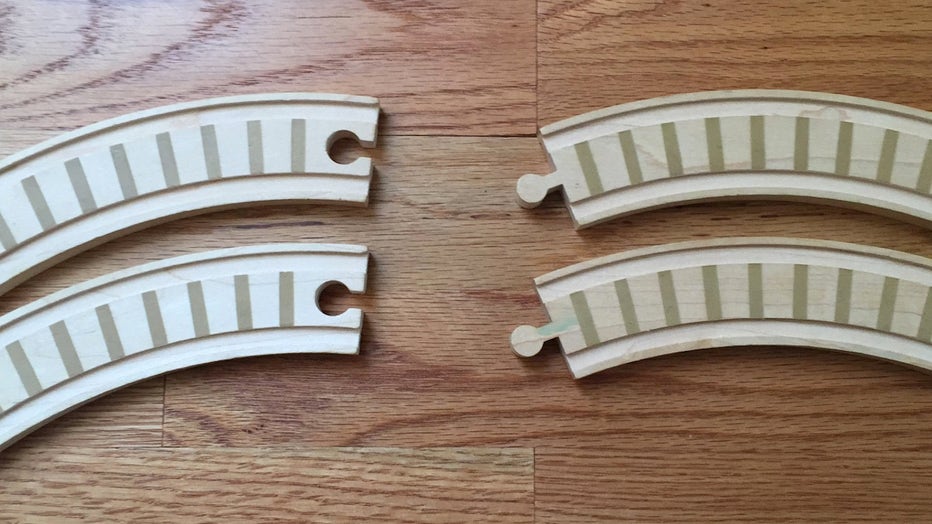